Adlib supplied two Midas consoles for the latest UK and European tour by lively U.S. punk-pop band All Time Low, continuing a long-standing working relationship with the band and their engineers Phil Gornell at FOH and Ricky Fernandez on Monitors. The three weeks of dates were a ‘teaser’ for the band’s forthcoming and much anticipated album, “The Young Renegades”, released in June.

"It's always good to work with ADLIB in any capacity," says Phil who is also from Liverpool where Adlib is headquartered. He has worked with the company on a variety of tours since 2008.

"Having the consoles with us throughout the tour gives complete continuity on the control side across the wide variety of venues on the itinerary, and having the ProX to hand enabled me to get the best out of the many different house systems we encountered,” he stated.

Phil, also a studio engineer with his own facility in Sheffield, started specifying the ProX a couple of years ago, initially to mix a Bring Me The Horizon tour, with sound equipment also from Adlib. Before that he was a keen PRO2 fan ... until the amount of inputs required passed a certain level making an upgrade necessary.

Currently he's using 72 channels - quite a lot from a four-piece band with one additional musician onstage.

He thinks it's a highly versatile console and appreciates the many inputs and outputs as well as the onboard processing which offer all the dynamics he needs without running an additional rack or a laptop, including 22 x DSP FX and three different inner effects racks. 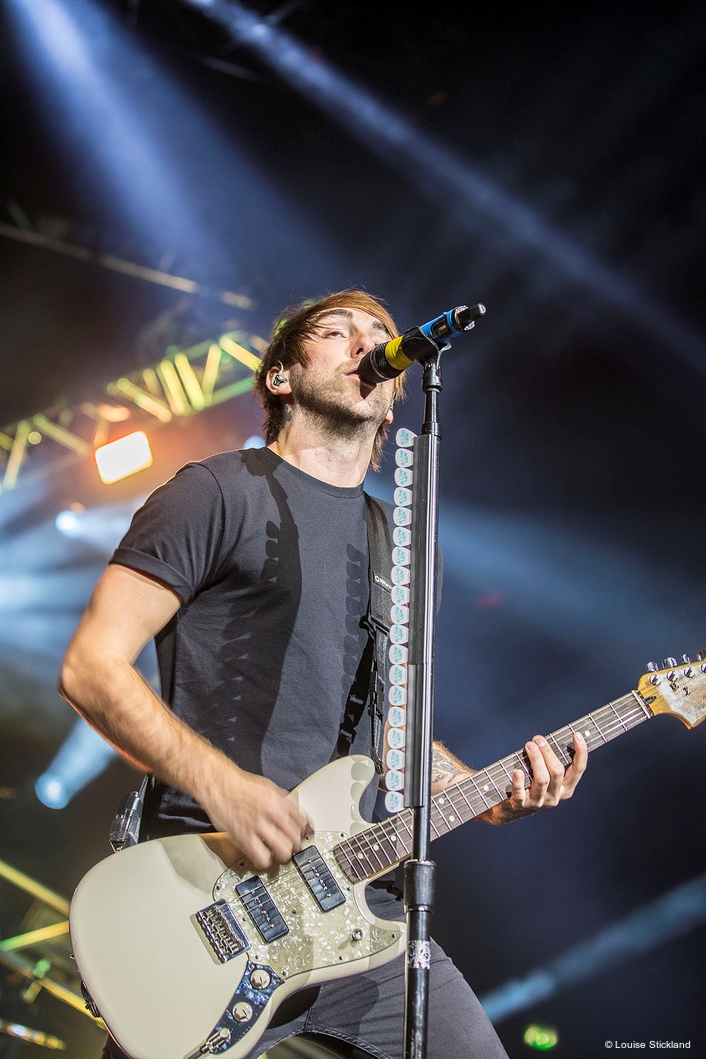 The DL431 enables one mic input to be sent to two independent preamps, so the master source can be worked on by both FOH and monitor engineers simultaneously and treated accordingly. As Phil pointed out, this had been possible before, but this is the first time using just one rack device.

The band are very particular about the way they sound live, so Phil’s experience as both a studio and a live engineer is an asset to the creative process.

He effectively masters the live mix using his own Waves Maxx BCL as a compressor, bass enhancer and limiter. He’s toured it for 10 years and it allows him to get those elements of a perfect mix found on finished recorded sources into the live domain. On this occasion, the set up enabled him to accentuate some of the more refined and highly distinctive All Time Low sounds that fans love.

One of the greatest trepidations of live mixing is the potential of a drink being thrown into FOH, and despite the protective measures in place, the ProX unfortunately took a hit during the gig in Manchester‎.

This immediately killed eight main faders and forced Phil to mix on the four right-hand extra faders for the remainder of the show, which was “pretty hectic”, credit to Phil ‎by all accounts given the sonic complexity of the show he did a fantastic job!

Adlib Director Dave Jones immediately organized a new console which was delivered for the next show in Edinburgh, where Phil also had the reassurance of the full Adlib audio package. This comprised 24 x L-Acoustics K2 speakers with SB 28 subs plus ARCs and dV-DOSC infills, all driven by LA8 amps, supplied with all the associated rigging and motors. 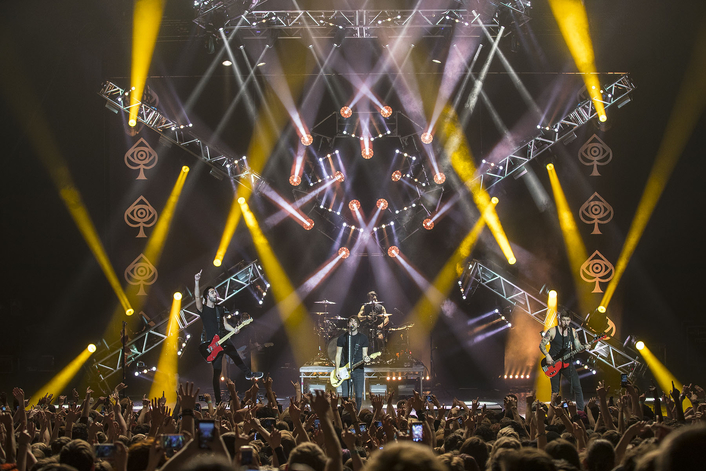 Adlib Client Manager Phil Kielty commented, “We were thrilled to continue our long-standing relationship with All Time Low. We are also more than happy to support Phil Gornell in any of his projects, as he is one of the best young UK engineers in this field. We hope to see Phil, Ricky, Dan & all of their production team back again soon with Adlib.”