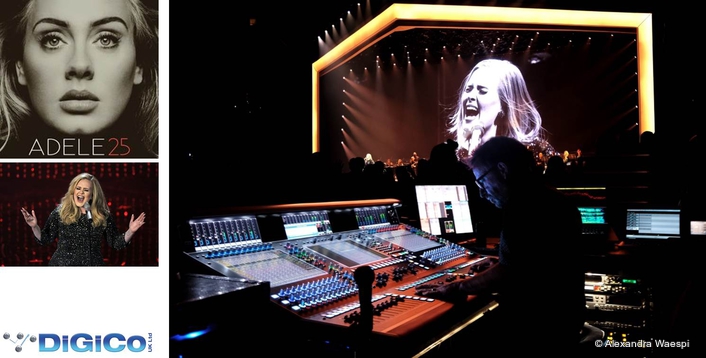 This year, Adele made a welcome return to the stage with 25, her first arena tour, which received rave reviews during its European leg. Now travelling round the US, the tour’s much anticipated nature, and Adele’s status as one of the world’s favourite artists, prescribed a production with values that aim for nothing less than perfection – right across the board. In audio world, that aim is aided by the use of DiGiCo SD7 mixing consoles, which are situated at both the Front of House and monitor positions.

Front of House engineer Dave Bracey has been using DiGiCo consoles since the company first started manufacturing 14 years ago but is new to the Adele crew. Whilst Joe Campbell at monitors is new to the desks, he has been working with Adele since her 21 tour. Both are happy that they have all the right tools for the job.

“For me, DiGiCos are the only properly engineer friendly consoles that you can really mix a show on,” says Dave. “I’ve been using DiGiCo consoles since 2002 and the SD7 has been my desk of choice since 2008. I just don’t consider the facilities on any of their competitors sufficient to do what I like to do. They’re also the best sounding consoles, so why would I even consider using anything else?”

The audio design for the show is complex, with several points where Adele moves from the A to the B stage, with the audio following her from one to the other. “We also have complete arena coverage from the B stage,” says Dave. “I don’t know that anyone’s ever done that before. Normally, if a singer walks out to the B stage, you’d be looking at her there, but still hear her coming from the A stage. That’s not the case for this show, we follow her around, which has its own challenges.”

The audio system was designed by Dave and systems engineer Ulf Oeckel. “Richard Young, the Production Manager for the show, came up with the initial idea and we worked out how to do it,” smiles Dave. 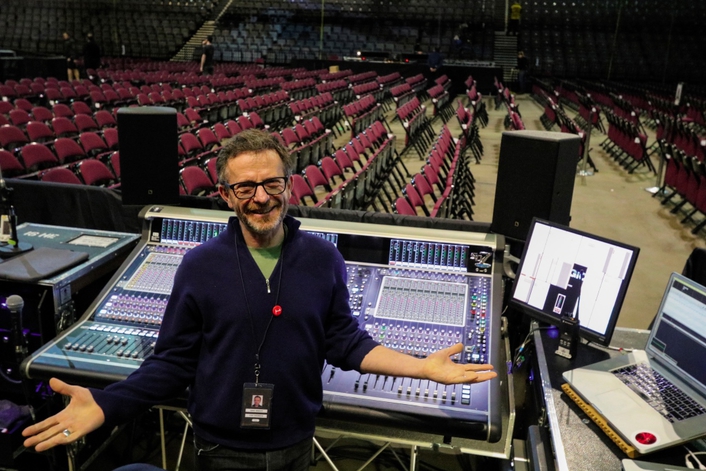 The pair have previously worked together on tours for Pink and Cher with great success and their tried and tested teamwork has undoubtedly helped to pull together a piece of audio  engineering that threw up new challenges. Working with a tool as familiar as the SD7 is to Dave, has undoubtedly helped. “It does everything that you want it to do,” he says. “If I think of something I need to do, I can always work out a way to do it on that desk. For me, as a live engineer with my particular needs, I don’t need any more than that does.”

“The SD7 is the best thing ever,” adds Ulf. “It’s the most flexible platform. There’s no competition at all. I’ve worked with DiGiCo desks for a very long time. I think we had a very early D5 on Ramstein. But Dave teaches me all the time, because he knows every little bit of the desk.”

“As far as inputs on the SD7 go we have drums, percussion, brass, 12 strings… it really adds up. Including miscellaneous bits and pieces, spares and shout mics, the total channel count comes to around 112 and we’ve pretty much filled two racks. I use very little outboard. There’s a Waves MaxxBCL across the mix that I quite often use and it’s very useful on this show. It holds the mix at a really nice level as the louder songs start to build.”

In monitor world, Joe counts 130 inputs and around 55 outputs, the vast majority of which are stereo. “We’re using all in ears, so we have quite a lot of ins and outs, which the desk easily handles,” he says. “Most other consoles you come across would struggle with such numbers.

“I haven’t toured with a DiGiCo before, but it’s fairly simple to be honest, and Dave has shown me what I need to know whenever I’ve gotten stuck. We started in rehearsals with an SD10. When we moved to the SD7, because of the number of screens, and the increase in knobs and buttons, I’ve found it a lot clearer and even easier to use. I enjoy it very much. It’s really good. I think it sounds great and it’s done everything I’ve asked of it.”

With Dave’s expertise on the SD7, there hasn’t been much requirement for support from DiGiCo. However, there are those times when a quick phone call is necessary.

“We did the BRITS just before this tour started where we were feeding MADI from our rack into the BRITS’ system and we had some sync problems. Dave Bigg at DiGiCo was very good at offering some suggestions that solved the problem immediately and off we went. Our new digital world doesn’t always behave the way it’s intended to and there can be something like a technical glitch that we’ll need some help with figuring out the best way to solve it. That’s where the DiGiCo Support Team come into their own.”

The team is extremely satisfied with their achievements and Adele herself has commented on the audio.

“Adele is pleased with the results and particularly the fact that everyone is telling her how good it sounds, which is what she’s basing her impressions on,” concludes Dave. “She did ask me the other day ‘How does the show sound Dave?’ and I said ‘Well, good.’ I was a bit shocked by the question - I normally leave it up to other people to comment on that.”

The fact that the tour has met with universal praise should reassure Dave that his comment is wholly justified. 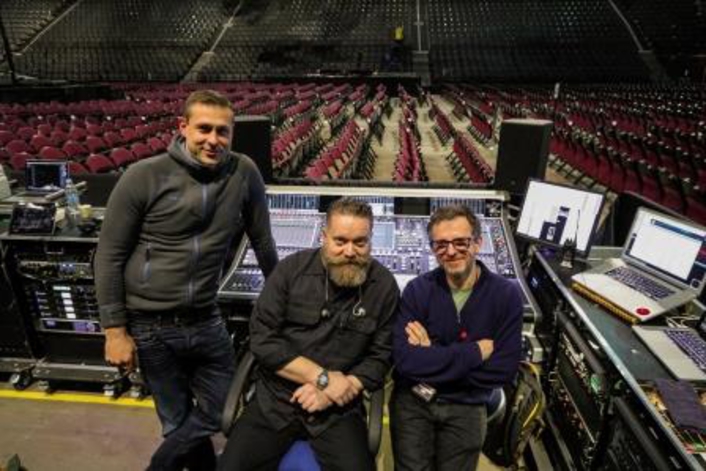