L-Acoustics Says Hello to the World’s Arenas with Adele 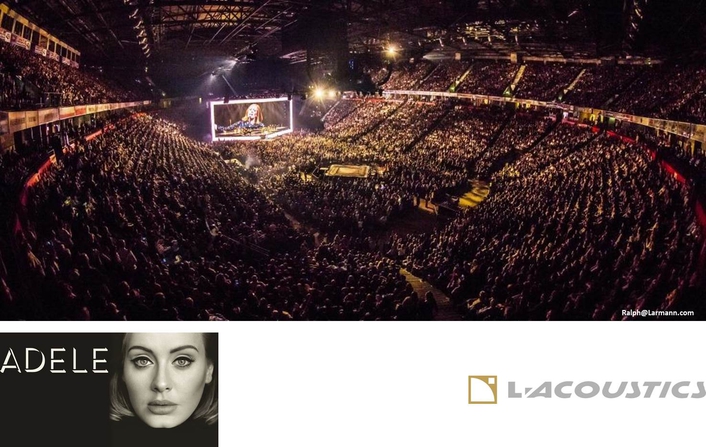 105 arena shows, multiple nights in virtually every venue (including six at Madison Square Garden, London’s O2 and the Los Angeles Staples Center) and every show sold out far in advance - Adele’s Live 2016 tour is big on both numbers and positive critical reviews. Those reviews have all focused on Adele’s voice. The production intentionally lacks dancers and hi-tech special effects to ensure the attention of every audience member is solely on Adele and her voice. In order to achieve that focus, sound provider Black Box Music provided an L-Acoustics K2 system.

The show design dictated that audio equipment stay invisible, yet provide powerful, clear sound and, above all, be unfailingly reliable. As Front of House engineer Dave Bracey notes, “It’s a classy show and, even more than usual, nothing is allowed to go wrong.” 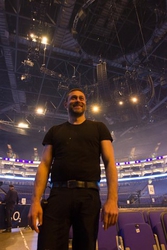 “Designing the system was a challenge because there is a very clean look to the triangular main stage and strict requirements for sight lines and projection, so we had to fly all the K2 very high,” says system designer and technician Ulf Oeckel, who, like Dave, has previously worked on tours by Pink and Cher. “The K2 was the perfect choice because, despite the sight line requirements, it gives us the projection needed to deliver Adele’s voice to each and every fan in the audience.”

And to make things even more challenging, tickets for the show were in such high demand that seating was arranged in a 270º arc.

The production features 150 L-Acoustics K2 loudspeakers. The main stage has L-R hangs of ten K2 each, with four K1-SB on top providing low end extension, plus side-hang arrays of an additional 18 K2 per side. To cover the extremities of the 270º arc, additional hangs of 12 K2 per side were used. Eight stacks of three SB28 each are spread in an arc beneath the stage in a cardioid pattern. Ulf and the team used L-Acoustics Soundvision to create a clever sub arrangement to provide the maximum amount of cancellation onstage. Six white X8 are deployed as lip fills.

“Thank god we’ve got the X8s!” smiles Ulf.  “Because the proscenium is closed at the back and lit from the inside, we couldn’t place any speakers on the inside of it. So we looked for the smallest speaker with the highest output, which was the X8. It’s the first time it’s been used on a tour and it’s fantastic, a really impressive speaker.” 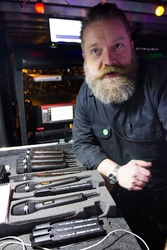 In addition to the main stage, the tour also features a B stage in the centre of the venue, which meant the audio system had to combine the main stage standard, end-on arena setup with a 360º system for the B stage, covering the entire audience. The B stage system comprises 72 further K2s flown in four hangs of 18. The entire system is powered by L-Acoustics LA8 amplified controllers.

“Adele starts the show on the B stage and then walks to the main stage. The system is designed so that there is a seamless fade in the music and vocals between the stages as she traverses,” says Ulf. “This created some major challenges with the time alignment. For example, while she is on the B stage the drummer was still going to be on the main stage, but this would have caused issues for audience members hearing the live versus the time-aligned drums. So for those segments he plays in an acoustically isolated room.

“There were also challenges with automating the delay times. Part of the B stage system is used for delays. It’s easy enough to add delay when the audio is coming from the main stage for the whole audience in front of it, but it’s more complex when the audio is coming from the B stage system - the audio trigger is already there but we’re fighting against the time. We’ve hidden any artefacts nicely in some fades and movements to make the transition from stage to stage completely seamless.” 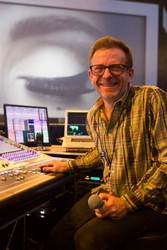 Stage monitor duties are filled by the recently launched X15 HiQ. “I was very excited to try the new X15 HiQ,” expressed Joe Campbell, monitor engineer. “I use EQ sparingly, only applying it to individual source inputs and the X15 HiQ translates those sources beautifully, without needing additional filters. The X15 HiQ gives me an extremely stable polar response across its operating bandwidth, and nice stereo imaging. Even at a distance, the vocals are smooth, not aggressive yet still in your face, with plenty of gain before feedback. The X15 HiQ is a powerful and beautiful sounding wedge.”

The X15s impressed Dave Bracey so much that he picked a pair to use as monitors during rehearsals, swapping to a pair of X8s at FOH for the tour.

Despite the challenges of the audio production, the L-Acoustics system has made a significant contribution to the tour’s universally positive reviews.

“K2 was the perfect choice for this tour as it keeps all the transitions and overlap between the stages as clean as possible,” Ulf continues. “We are getting excellent results all the way to the very back row. And of course we have had great support from L-Acoustics throughout.”

“The tour has been fantastic,” adds Dave “Adele is singing incredibly, we’ve had great reviews and there have been lots of comments about the sound. It’s one of the best sounding shows I’ve ever mixed, if not the best… what more can I say.” 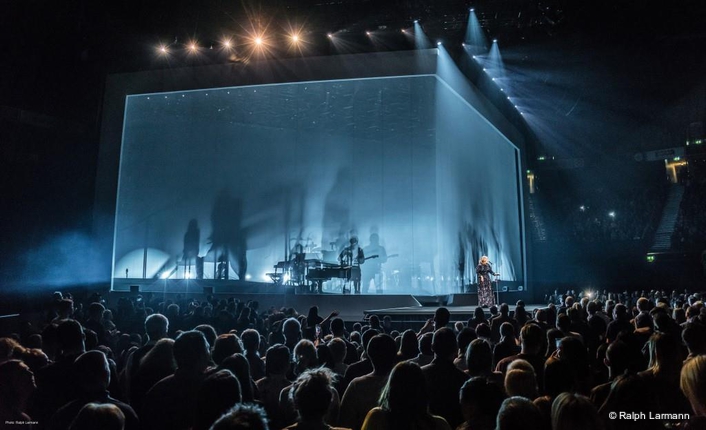 About L-Acoustics
Founded in 1984 near Paris, France, L-Acoustics is a leading manufacturer of turn-key solutions for the professional sound industry. With 320 team members, 20 percent of whom are dedicated to R&D, L-Acoustics is present in over 75 countries either through subsidiaries or via a network of certified distributors or providers.
Recognized throughout the industry for pioneering the modern line array, L-Acoustics offers a total system approach for both the touring and fixed installation markets, and a product line responding to the needs of venues from the most intimate club to the grandest arena. L-Acoustics sound systems can be heard in places like the Hollywood Bowl, the NBA Houston Rockets Toyota Center, or the Philharmonie de Paris. L-Acoustics solutions have been used at seven of the world’s ten top-grossing festivals*, the London and Sochi Olympics, and on the Foo Fighters Sonic Highways World Tour, among others.