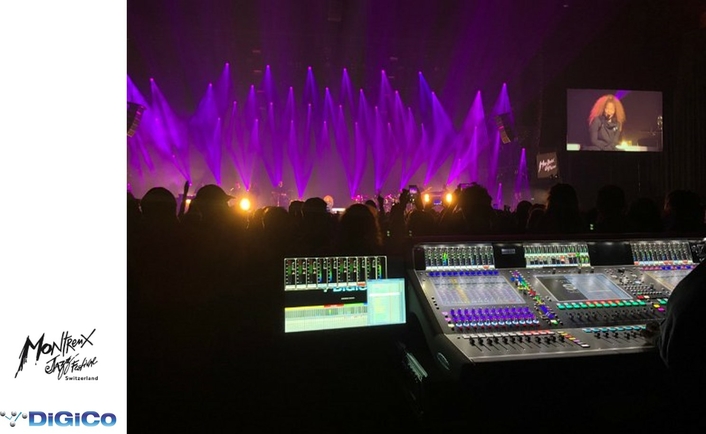 For over 50 years, Montreux has carved a unique place in the live music calendar, staging concerts across the city throughout the first two weeks of July, with as many free venues as ticketed events. These days, the festival is on the bucket list for many top artists, and year on year an increasingly eclectic line up of jazz virtuosos, pop stars and legendary rock groups perform.

In 2019, DiGiCo consoles were installed at all of the festival’s major sites, each fitted with the new 32-bit I/O cards, whilst SD7 Quantum consoles were installed at FOH and monitor position at the flagship venue, Stravinski Auditorium. An SD7 Quantum was also installed in the demo/prep room, a facility DiGiCo provides each year, for visiting engineers to come and explore the new developments, including a KLANG in-ear monitor system, allowing engineers to study the integration possibilities.

Developed with seventh generation Super FPGA devices that further increase audio processing power, Quantum expands DiGiCo’s flagship SD7 to over 640 channels of processing in 96kHz operation that can be connected in the outside world to approaching 3000 potential I/Os. The engine is also equipped with eight newly assignable MADI connections and two DMI slots (DiGiCo Multi-Channel Interface) for AoIP and other connectivity options from the complete family of DMI card options. There are other powerful enhancements, too, including Nodal Processing and True Solo. 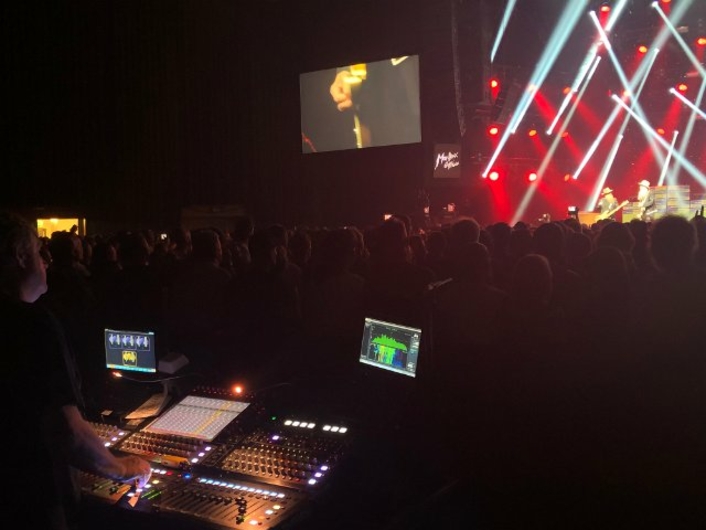 As well as the two SD7 Quantum consoles, the system specified for the Stravinski Auditorium included four SD-Racks and two SD-Mini Racks.
Festival highlight Janet Jackson, who has in recent times only played two shows outside of the USA, performed her hugely anticipated headline show at Stravinski, with FOH engineer Kyle Hamilton using her own touring SD7 Quantum system. She was preceded by the legendary, Quincy Jones, who performed a ‘soundtrack of the 80s’ mixed on the house SD7 Quantum consoles.

Other key artists who also arrived with their own touring DiGiCo consoles were notably ZZ Top (with Jamie ‘Jamo’ Rephann using an SD10 at FOH plus two SD12 consoles at monitors all supplied by Clair Brothers), Joan Baez (SD12 at FOH operated by Derek Williams and SD11 at monitors via Wigwam Acoustics), James Blake (an SD10 via Skan PA), Rag ‘n Bone man (SD7 Quantum on monitors via Entec), George Ezra (SD12 and SD10 via Stylus Producitons), Janelle Monae (SD12) and Rita Ora. 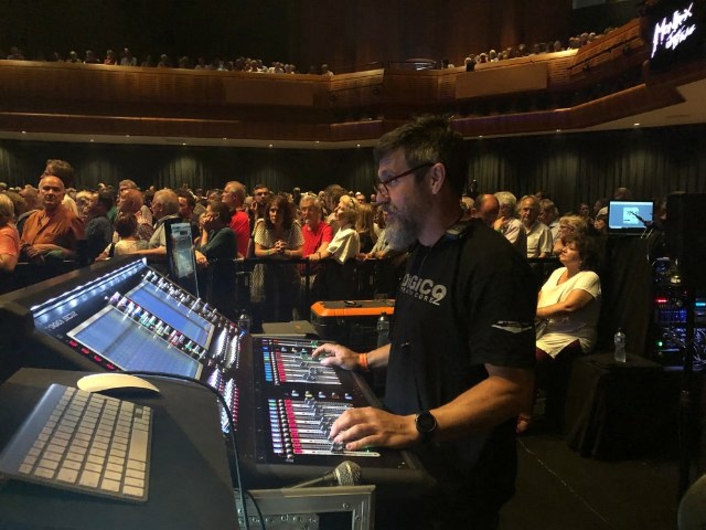 In other festival venues, the Jazz Lab specified two SD5 consoles, two SD-Racks and two SD-Mini Racks; the Jazz Club selected a SD12 with two SD-Racks; Music in the Park chose a SD10 with a SD-Rack; Liszto Club, which included an enhanced artist roster this year, upgraded to a SD12 with SD-Rack. All were enabled with 32-bit mic Pre-Amp and DAC cards. El Mundo opted for the compact SD11 console and accompanying D-Rack; whilst the La Coupole venue, which hosts training and lectures during the day and jam sessions in the evening, specified a S31 with D2-Rack. Finally, a compact mobile system involving a S21 console and D-Rack, was available for smaller gigs or presentations around the site.

Freelance sound engineer, Tristan Mazire, has been working for the festival for 11 years at the Jazz Café and the Jazz Lab.

“Artistically and technically, Montreux is the best festival I’ve ever worked at,” he comments. “You are working next to one of the most beautiful lakes in the world, the programme is incredible, and there’s the opportunity to collaborate with amazingly talented technicians and artists, such as The Beastie Boys, Royal Blood and Jack White. The dream trio of DiGiCo consoles, Meyer Sound speakers and Shure microphones helps each engineer to produce the best possible sound in all venues. For me, the SD5 is the best monitor console available – offering fast entry, multiple layers, macros and a central screen to easily access my output sends. This year, I was really impressed by the sound quality of the new 32-bit I/O cards – the dynamic, the headroom and the extremely low noise level.” 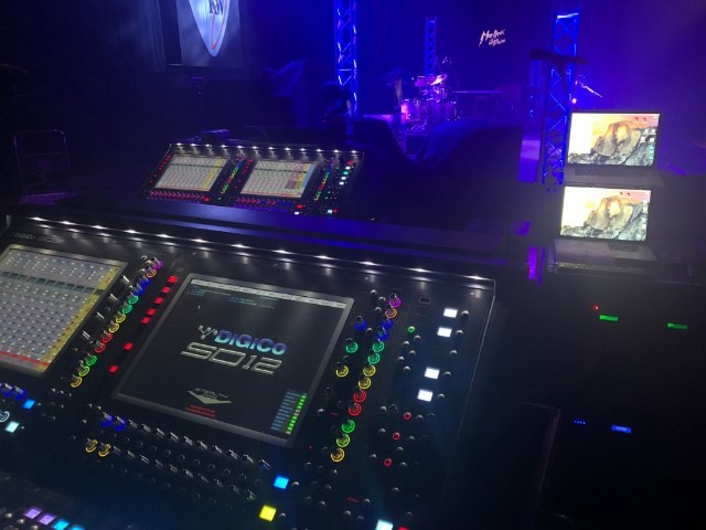 “As a monitor engineer, I need to answer musicians’ needs as fast as I can, and I really feel I wouldn’t be able to make it on any other console. Moreover, DiGiCo is a family, made up of people you can rely on, people that you can call anytime with any question regarding the product. They truly understand our difficult job and they're producing tools that make our life easier, and products that give musicians confidence to push creatively.”

4Ears and Mono get closer to the audience with DiGiCo
A decade of DiGiCo for Sound Stylists
AudioCP Invests in Adlib, L-Acoustics & DiGiCo