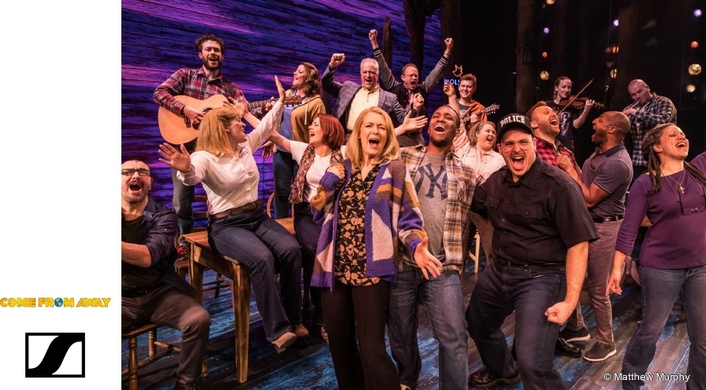 Olivier winner Gareth Owen chooses Sennheiser’s tiny SK 6212 transmitter.The international award-winning musical Come from Away has been packing in record-breaking audiences both on Broadway and in the West End. To ensure discrete, high-quality sound reinforcement on the show, Sound Designer Gareth Owen has specified the new ultra-compact Sennheiser SK 6212 bodypack transmitter for all cast members.

The Sankoff/Hein musical Come from Away is a multi-threaded story focussing on the residents of Gander, Newfoundland, and some of the 70,000 passengers from 38 flights diverted to that small Canadian town in the week after the 9/11 attacks. Since the show’s first record-breaking runs in San Diego and Seattle in 2015, it has gone on to successes at the Gerald Schoenfeld Theatre on Broadway and at the Phoenix Theatre in London’s West End.

Most recently the musical scored four wins at the 2019 Olivier Awards for Best New Musical, Best Theatre Choreographer, Best Music, and Best Sound Design. The Sound Design award went to an established star of the art, Gareth Owen, and was his third Olivier since 2014. 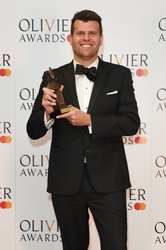 After an initial run with the London cast in Dublin, Owen felt that the traditional radio mic bodypack transmitter size was too big: “The holy grails of radio mics for musical theatre are invisible packs and invisible microphones – those are issues that are always coming up. For this show, the cast have to be double-miked because they don’t leave the stage, so there was a lot of pressure on us to find something smaller.” 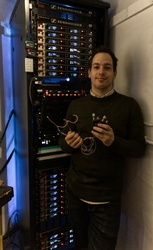 Fortunately, the timing was right and Sennheiser pointed Owen to the new SK 6212, an ultralight, digital mini-bodypack transmitter compatible with both the Sennheiser Digital 6000 and Digital 9000 systems. It’s as small as a matchbox at only 63 x 47 x 20mm, weighs just 112g, and achieves a guaranteed 12 hours of operation on one battery charge.

“We already knew that the Sennheiser digital radio systems were a big step up in quality,” says Owen. “Now we have the first ever transmitter small enough that you don’t get into an argument when you say you want to use two radio mics on a show – and it’s got a battery life that means we don’t have to change batteries between shows.”

Reese Kirsh, Head of Sound for the London production of Come from Away, is just as impressed as Owen: “The SK 6212’s battery life has been a game changer for production and rehearsal periods. We can get a whole day of work from a single charge, freeing up time for us to concentrate on other issues… We can hide the pack better than ever, and as it’s so durable we have no breakage fears with high-energy performances like this one.” 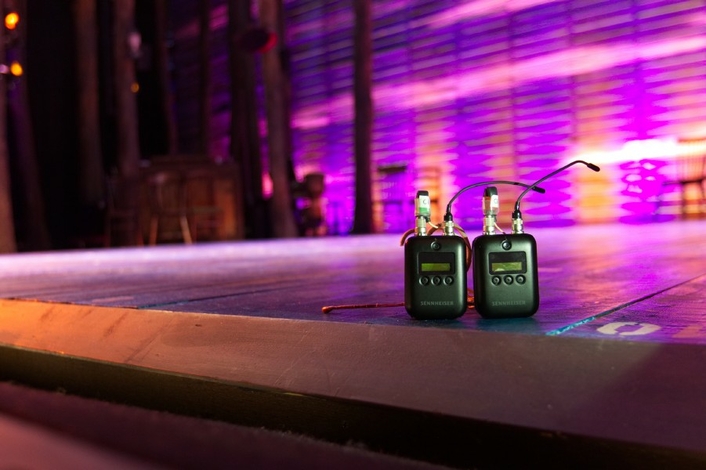 Kirsh also reports that the SK 6212 has the thumbs up from the artists themselves: “They love wearing the pack too,” he says. “We’re constantly hearing comments like ‘They’re so small and light, I feel like I’m not wearing them at all.’”

Since opening, the London version of Come from Away has paved the way for the US tour, which is following suit, swapping out older systems for the newer SK 6212 transmitters. Broadway and Toronto will likely do the same, as will Australia. 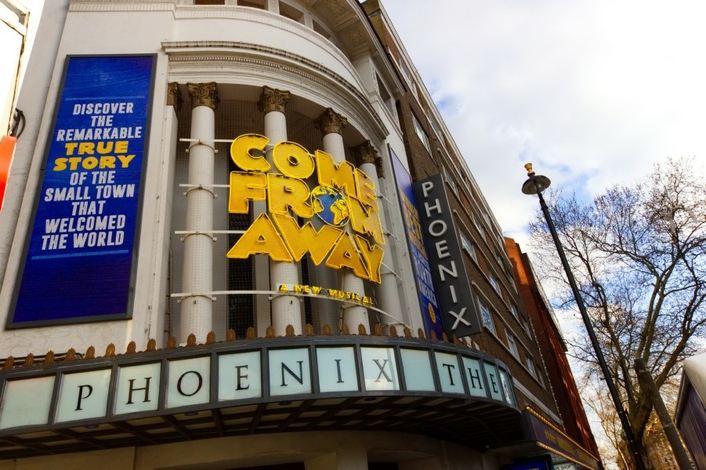 “I also have to mention the great support from Tim Sherratt and Simon Holley of Sennheiser,” adds Owen. “They’ve been very good at delivering exactly what they’ve said they can do, and they haven’t made any promises they can’t keep. I’ve been very grateful for that.”

About Sennheiser
Shaping the future of audio and creating unique sound experiences for customers – this aim unites Sennheiser employees and partners worldwide. Founded in 1945, Sennheiser is one of the world’s leading manufacturers of headphones, microphones and wireless transmission systems. With 21 sales subsidiaries and long-established trading partners, the company is active in more than 50 countries and operates its own production facilities in Germany, Ireland, Romania and the USA. Since 2013, Sennheiser has been managed by Daniel Sennheiser and Dr. Andreas Sennheiser, the third generation of the family to run the company. In 2017, the Sennheiser Group generated turnover totaling €667.7 million.

Sennheiser
Come from Away