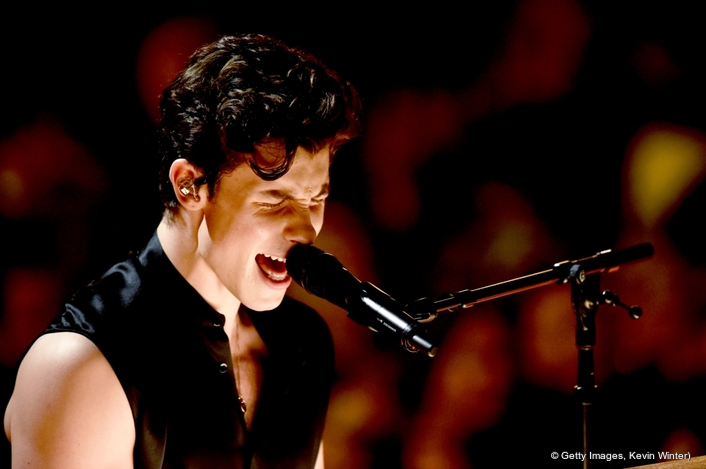 Broadcast live on February 10, the 61st Annual Grammy Awards lived up to its reputation as the biggest music award spectacle in the world, with debut Grammy performances by some of today’s most creative and impactful artists such as Travis Scott, Brandi Carlile and Shawn Mendes. Sennheiser and Neumann played an uncompromising role in the technical success of the event, delivering ultra-reliable wireless performance and sonic purity during each performance.

Fresh off of a fiery Super Bowl halftime performance alongside Maroon 5 and Big Boi, Travis Scott performed a medley of songs from his Grammy-nominated album Astroworld, singing through a Sennheiser Digital 6000 / MD 9235 microphone capsule combination. His performances of “Stop Trying to be God” and “No Bystanders” was a sonic and visual spectacle, as he climbed a 15’ high steel cage onstage before leaping into a mosh pit – all the while rapping into his trusted MD 9235 dynamic capsule.

Shawn Mendes was the second performer of the night, performing his Grammy-nominated hit “In My Blood” – starting the track on solo piano before picking up a guitar and bringing the audience to its feet as part of a rousing duet. Mendes’ vocals gracefully cut through both the house and broadcast mixes while singing through a Sennheiser SKM 2000 transmitter, coupled with an MMD 945 dynamic, super-cardioid capsule.

Midway through the award ceremony, Brandi Carlile gave the performance of a lifetime, singing a passionate rendition of her powerful, Grammy-winning song “The Joke”. Carlile’s riveting performance permeated listeners on television sets around the world as she crooned through a custom Neumann KMS 105 condenser microphone. Carlile, who won three Grammy awards, sang alongside long-time collaborators Phil and Tim Hanseroth – both of whom performed backing vocals through Sennheiser evolution e 935 microphones. 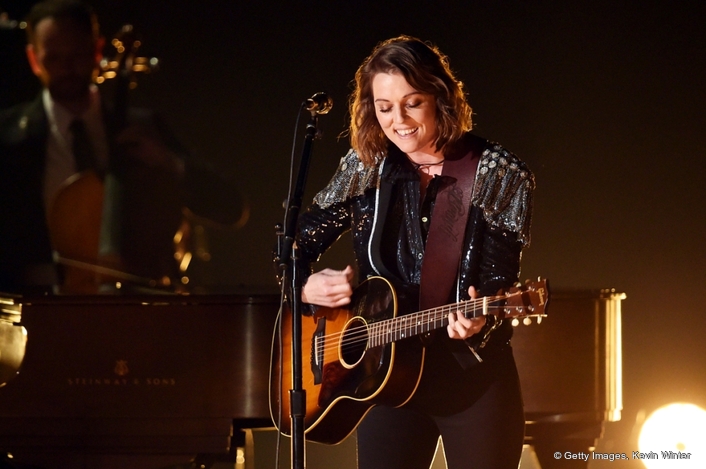 Travis Scott transitioned to the Sennheiser Digital 6000 System during his Astroworld tour, which was also used during his Grammy performance. Monitor engineer Justin Hoffmann says the Digital 6000 delivers an advantage in an era of wireless uncertainty: “Wireless-wise, everything is getting tighter, so you’ve got to go the digital route nowadays,” he explains. “For me reliability is the only thing that really matters because if it doesn’t work, the show doesn’t happen. The Digital 6000 has really made our experience much nicer.”

While Shawn Mendes’ vocal performance relied on a Sennheiser 2000 Series handheld transmitter and an EM-3732-II receiver, the artist has already decided to upgrade to the Digital 6000 system. “The main catalyst on our moving to the Digital 6000 has to do with the way that the wireless market is shifting,” says Tom Wood, Front of House engineer for Shawn Mendes. “With the Digital 6000, intermodulation is no longer an issue and the unit is so much more flexible.” Mendes’ Monitor engineer Mike Flaherty concurs: “Essentially it is the increased bandwidth on the Digital 6000 that is the big game changer, but it also gives us extended audio range. Sennheiser’s support has been superb and we’ve been able to demo the unit wherever we’re touring in the world. Right now, we are just looking for a moment to make the switch.”

Each year, Grammy performances feature a broad range of vocal styles and this year was no exception. For his first ever Grammy performance, Travis Scott turned to Sennheiser and never looked back: “The MD 9235 is the quintessential rapper mic capsule, since there is almost no tonal change when an artist cups the mic and because it works really well out in front of a PA,” says Hoffmann. “If an artist likes to cup the mic that capsule is it – the only one.” Hoffmann says he’s been using Sennheiser exclusively for the past five or six years for all the artists he works with, and that Scott was impressed on first hearing the Digital 6000 microphone system. “The moment I gave Travis this mic, he was like ‘It sounds like the studio in my ears.’” 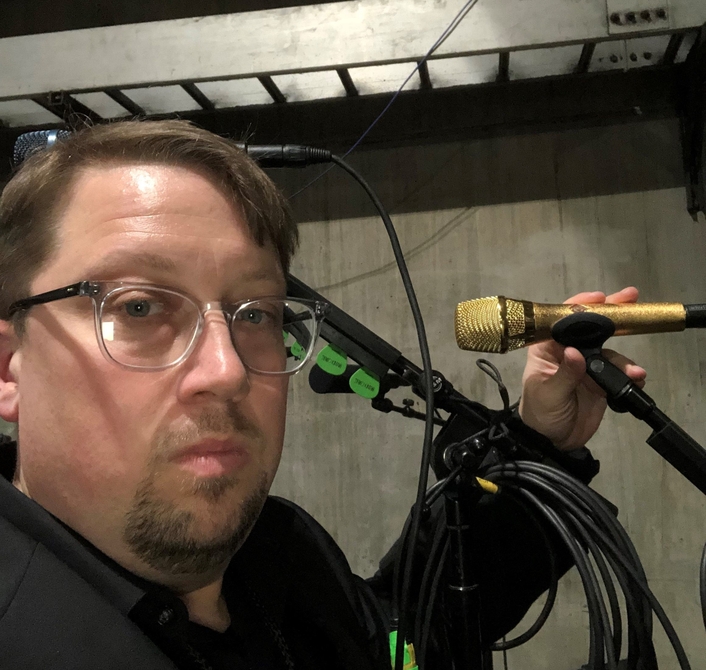 In what was one of the most poignant performances in recent memory, Brandi Carlile’s rendition of “The Joke” was highlighted by an emotionally soaring vocal, captured by her stunning gold-colored custom Neumann KMS 105 microphone. “She is known for that microphone, and every performance you’ve ever seen is her singing into a Neumann KMS 105,” says Sean Quackenbush, Brandi Carlile’s Front of House engineer. “It just works perfectly for her voice, and anytime we try another mic, we always go back. I love it and can’t go anywhere without it.”

During the Grammy performance, Quackenbush endeavoured to reproduce as much of the colors and textures on the recording as possible, so he brought one of his original Sennheiser MD 409 dynamic microphones to mic up the lead guitar. “I use these very sparingly, but I thought it would be special to bring them out for this gig.”

Sennheiser and Neumann – serving the song

For Travis Scott, the Sennheiser Digital 6000 brings predictability and confidence that the technology will always work as it should: “At a big show like this, our set-up is always the same and it is about consistency,” says Justin Hoffmann. “We want to use the same routing, the same mic, the same belt pack, the same everything. It comes down to double checking everything, crossing your T’s and dotting your I’s to make sure everything is in place for the boss.” 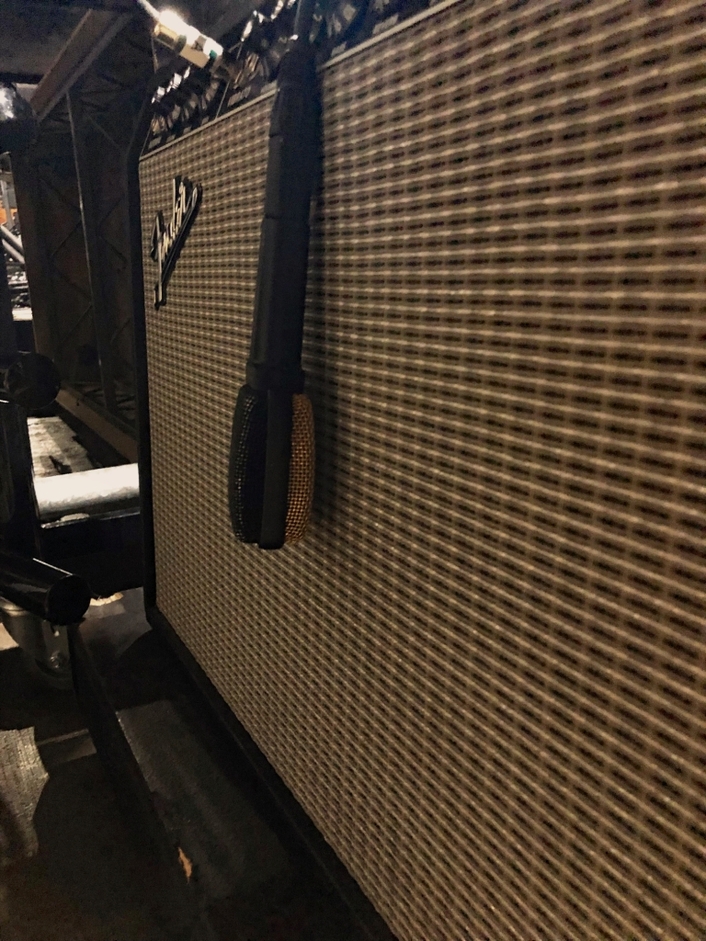 “Whatever we are doing, we always try to serve the same result – which is nothing short of the best performance that we can give,” concludes Tom Wood. “At the Grammys, there is a certain kind of magic in the air and there is no changing the fact that this is the biggest music spectacle in the world.”

Shaping the future of audio and creating unique sound experiences for customers – this aim unites Sennheiser employees and partners worldwide. Founded in 1945, Sennheiser is one of the world’s leading manufacturers of headphones, microphones and wireless transmission systems. With 21 sales subsidiaries and long-established trading partners, the company is active in more than 50 countries and operates its own production facilities in Germany, Ireland, Romania and the USA. Since 2013, Sennheiser has been managed by Daniel Sennheiser and Dr. Andreas Sennheiser, the third generation of the family to run the company. As part of the Sennheiser Group, Georg Neumann GmbH, known as “Neumann.Berlin”, is the world’s leading manufacturer of studio microphones. Founded in 1928, the company has been recognised with numerous international awards for its technological innovations. Since 2010, Neumann.Berlin have expanded their expertise in electro-acoustic transducer design to also include the studio monitor market. In 2017, the Sennheiser Group generated turnover totaling €667.7 million.