On Friday, November 22nd 2019, Coldplay performed two epoch-making “Sunrise” and “Sunset” sets at Amman’s Citadel, Jordan, both of which were streamed live on YouTube to allow the world to celebrate the release of the band’s new album, “Everyday Life”.

Following Coldplay’s bold decision not to tour “Everyday Life” for environmental reasons, the band came up with a spectacular alternative for achieving maximum impact: “We wanted to pick somewhere in the middle of the world where we normally don’t get to play”, Chris Martin, Coldplay’s singer, told the BBC.

A few days before the history-making Amman performances, Coldplay’s management announced the addition of a one-off live show on November 25th at London’s Natural History Museum. Selected songs of this performance will be available on radio and social media, and the proceeds will be donated to an environmental charity. 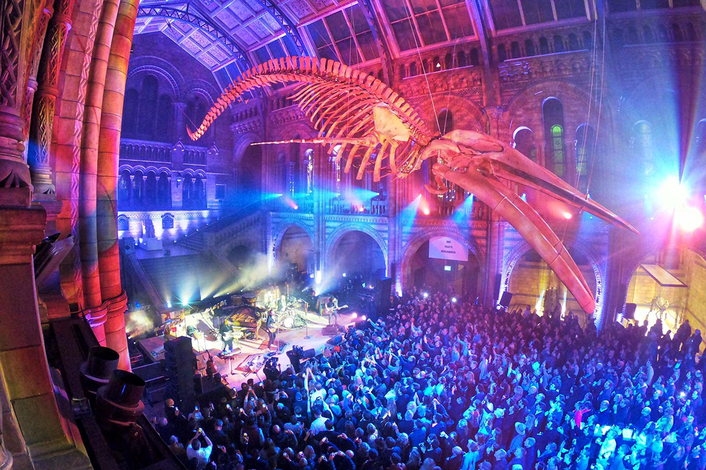 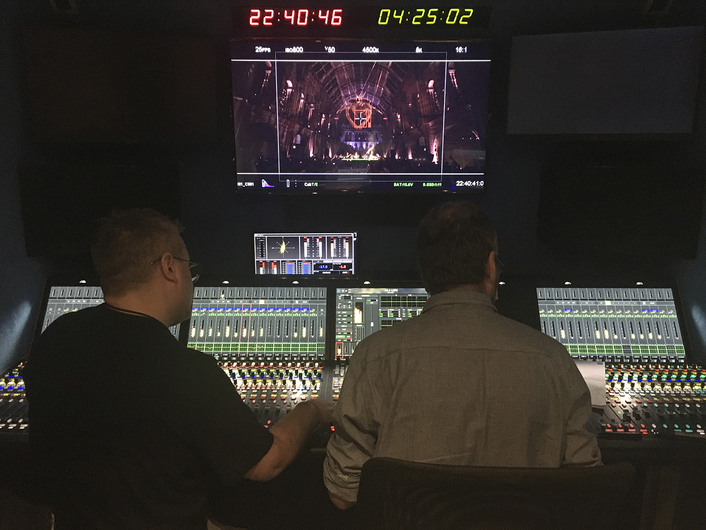 Both the band and the technical crew had arrived in Amman one week prior to the Sunrise and Sunset performances. According to Dirk Sykora, who configured and programmed the Lawo mc²56 mixing console used for the streaming events, a total of 192 inputs were recorded on three separate DAW machines and mixed live on the console for stereo broadcast.

The band rehearsed the new material at a theater in downtown Amman to allow the technical crew to connect all the technical dots, program the console and tweak countless parameters to perfection. 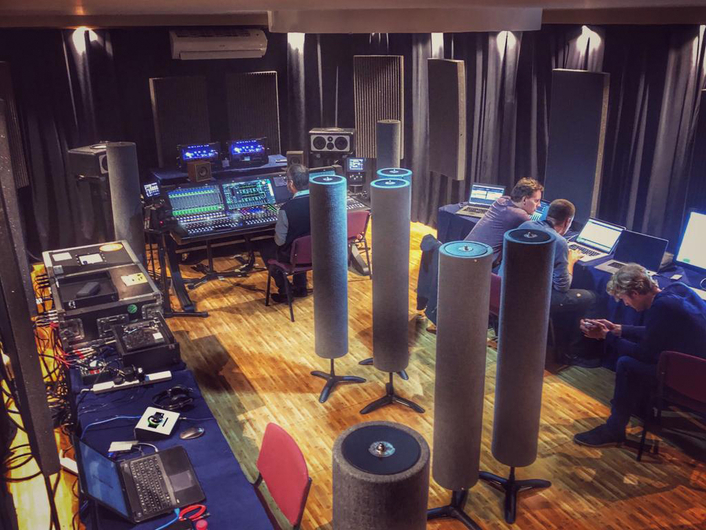 After the rehearsals and live recordings at the theater, the gear was carried uphill and set up in tents close to the location where the band performed its Sunrise and Sunset concerts.

Despite assumptions to the contrary, Coldplay’s two Amman performances were “proper” live gigs that were also filmed and streamed, says Toby Alington: “It certainly wasn’t an event filmed to playback. We really needed those 192 audio channels, and additionally rigged an array of ambience mics around the Citadel to capture Amman’s live ‘atmos’ at dawn and dusk The whole project was magic—everything fell snugly into place.” Dirk Sykora of Lawo concurs: “Coldplay’s Sunrise and Sunset gigs at Amman’s Citadel are among the absolute highlights of my professional career.” 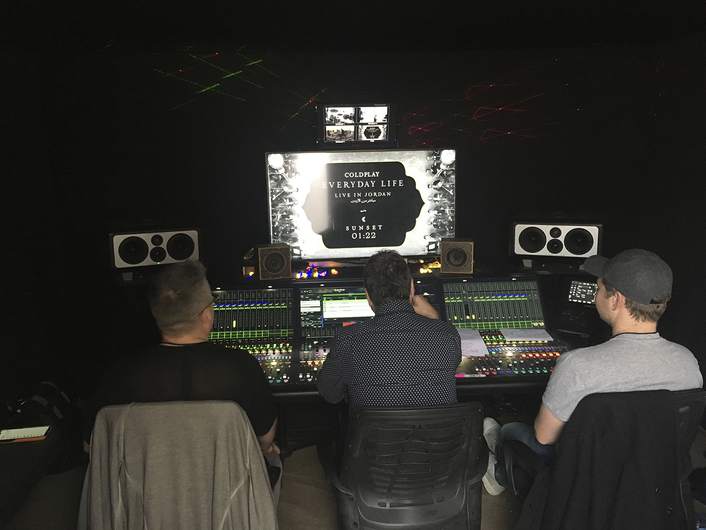 After two superb shows whose impact was felt on a global scale, the band and its crew flew to London for the live gig at the Natural History Museum. With FOH mixed by Dan Green, the performance was also recorded and mixed by Toby Alington and Rik Simpson using the Floating Earth OB truck—again with a Lawo mc²56 console based on the settings Dirk Sykora had prepared and saved in Amman and later transferred to the console in the OB truck. 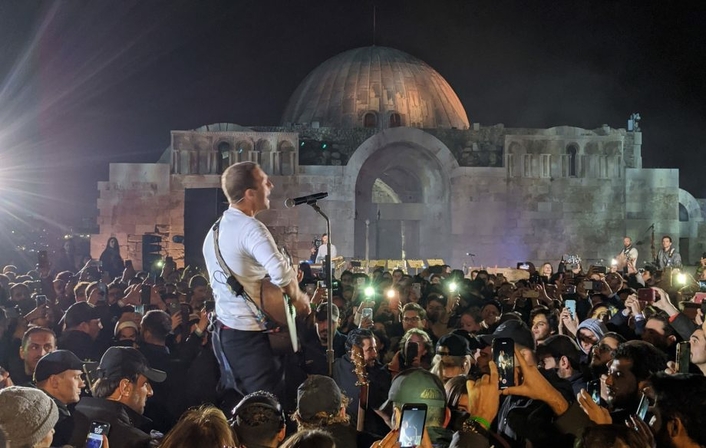 Rik Simpson, Coldplay’s producer and sound engineer, and Toby Alington, the live audio mixing engineer in both Amman and London, were extremely satisfied with the equipment supplied by the Dutch company SR Films and the pristine sound quality of Lawo’s mc²56 console. Toby Alington: “This console works the way my brains works. And it sounds superb.”

The WWF welcomed Coldplay’s initiative to postpone touring until a more environment-conscious strategy has been found. With the advances of IP-based remote production, streaming and cutting-edge workflows, Lawo is more than willing to help the band shrink its carbon footprint while firmly remaining in the limelight.