At the end of last year, over 80,000 people descended on the MMRDA Ground in Mumbai for the first ever Global Citizen Festival India. This was the biggest music festival ever produced in the country and required the biggest L-Acoustics systems ever seen or heard in India. In fact, its sheer scale dictated that India’s most prestigious rental companies join forces to supply the required 200-plus loudspeakers.

The Global Citizen Festival is organised by Global Poverty Project. Based in New York, it has been running since 2012, bringing together the biggest international stars to raise awareness of extreme poverty across the world, its goals being closely aligned with the United Nations’ Sustainable Development Goals.

Pulling something of this magnitude together requires precise coordination and cooperation between all parties, as Rajan Gupta of Hi-Tech Audio Systems Pvt Ltd, L-Acoustics Indian distributor, explains.

“I heard about the project through Manish Mavani of Mumbai-based Sound & Light Professionals (SNL Pro), who is a K1 owner and was working on securing the project, as was K2 owner Electrocraft. However, it became clear that no single company had the inventory and technical expertise required to take on this mammoth job. Collaboration between various L-Acoustics owners was needed, I got everyone talking and we realised that, by pulling together as a group, we would have everything.” 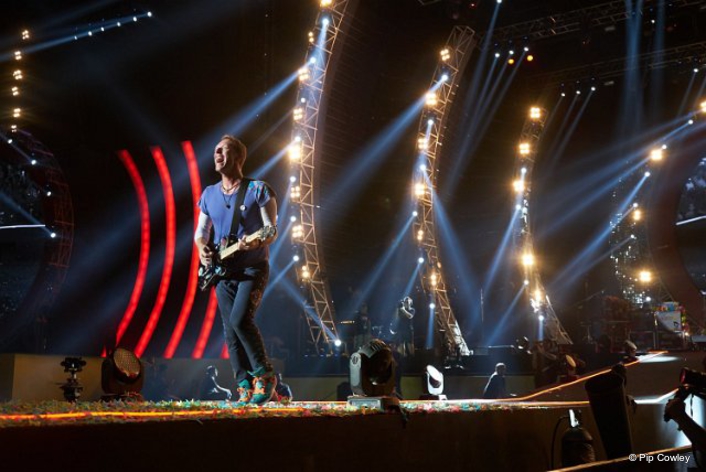 “One other hurdle we had to face was that Coldplay usually uses a different brand of loudspeaker,” Rajan continues. “However, Roger visited them in New York and convinced them that L-Acoustics would work well for them, particularly as their usual brand wasn’t available in sufficient quantity.”

“The main hangs were arrays of 12 K1 per side positioned left and right of the stage, with four K1SBs each side hung next to them and 12 K2 per side as side fills,” explains Roger Drego. “Front fills were four stacks of four dV-DOSC. Eight cardioid sub configurations were sited beneath the stage, with a further two as sub side fills, each comprising four SB28s, one in each configuration reversed. Twelve K2 per side made up the first set of delays, with three pairs of nine V-DOSC for the subsequent delays, with the final delay being six K1 with three Kara hung below them as down-fills per side, thus ensuring consistent coverage across the entire site.”

“This was undoubtedly the most technically advanced single stage concert that India has ever seen,” recalls Manish Mavani. “The audio team ran cable lines that stretched over a kilometre to cater for the live, broadcast and recording audio. The delay towers proved to be a challenge, because of their sheer numbers and the distances we had to cover, and the organizers wanted a pure L-Acoustics sound signature to be maintained across the entire site.

“It was up to us to ensure that we achieved this by precisely tuning and time aligning the delays with FOH. L-Acoustics supported us in this, and their team played a vital role, contributing key inputs that enhanced our system designs and achieved the perfection the organisers were after. We also had the support of the various acts’ personal engineers – local and international – and they all did justice to the sound system that we had worked so hard on, with each act sounding every bit as amazing as it deserved to be.”

“This was undoubtedly the adventure of a lifetime for all of us.” Says Manish. “The show was a huge success and Tony Smit, Head of Audio for Coldplay, said how easy we had made everything for him.”

“To work on a gig of this scale was amazing,” concludes Roger Drego. “As a team, we pulled together the biggest and best live audio system that has ever been seen for any single concert in India.” 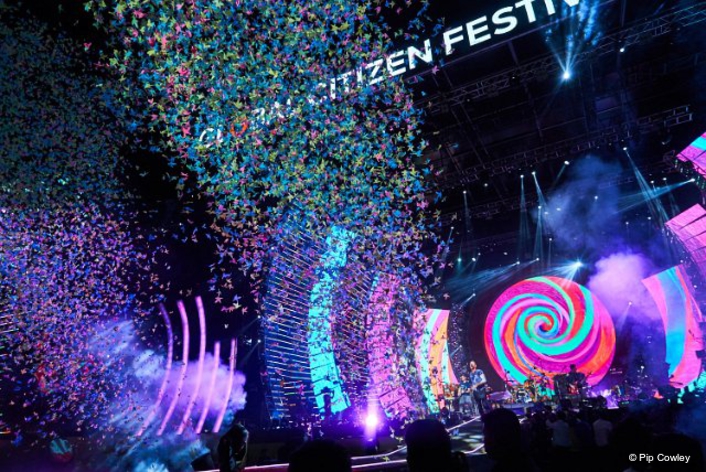 About Global Citizen
Launched successfully with the Global Citizen Festival on September 29, 2012 in New York City’s Central Park, Global Citizen is an innovative online platform and mobile application that tracks and rewards activist action through a point-scoring system. Accumulated points are used as a currency to bid on live entertainment experiences like tickets to great concerts and a host of other entertainment events.