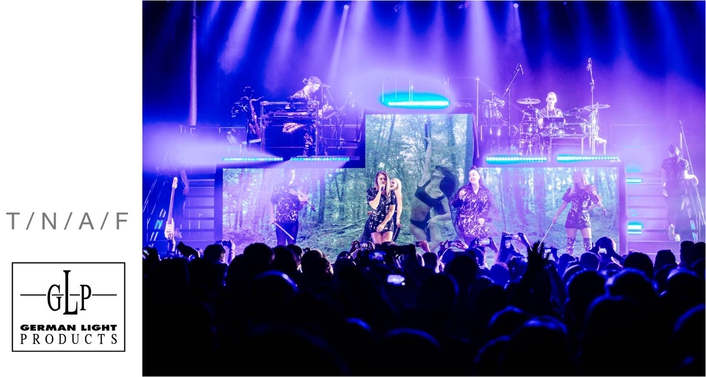 A regular adopter of GLP’s breakthrough X4 platform, lighting designer Liam Griffiths has been finding increasing use for the German manufacturer’s award-winning X4 Bars since these versatile battens, which have taken both the concert touring and theatre worlds by storm, were launched in 2015.

After working with New Zealand indie band The Naked and Famous for the past five years, last Spring Liam was also tasked with designing the lighting on festival dates for English electronic group, Clean Bandit, and he has also remained with them ever since. Each of his charges requires a completely unique approach.
“GLP is always my first choice when it comes to LED fixtures and the X4 Bars are no exception as they have many uses,” he says.
Working alongside Clean Bandit show designer Rob Sinclair, the lighting is carefully conceived to complement and enhance the stage design. 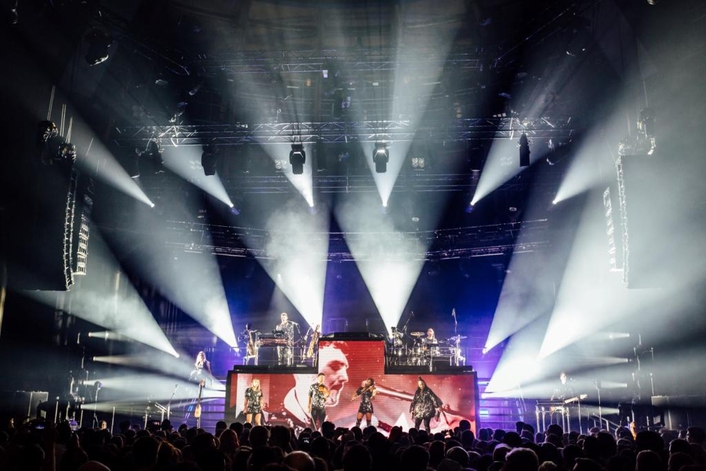 The fixtures really delivered on a show at London’s Roundhouse late last year — their first UK show with full production. Here the band was uplit by 12 X4 Bar 10s, while a further 16 of the Bar 20s were used purely for eye candy. Placed along the video riser and along the front of the stage Liam says it gave the stage a really clean look.
Now over in the States with The Naked and Famous, he has been much more adventurous, using the fixture’s full feature-set, while basing the entire rig around just 11 of the X4 Bar 20’s, which he says are a perfect solution for a one-trailer tour. 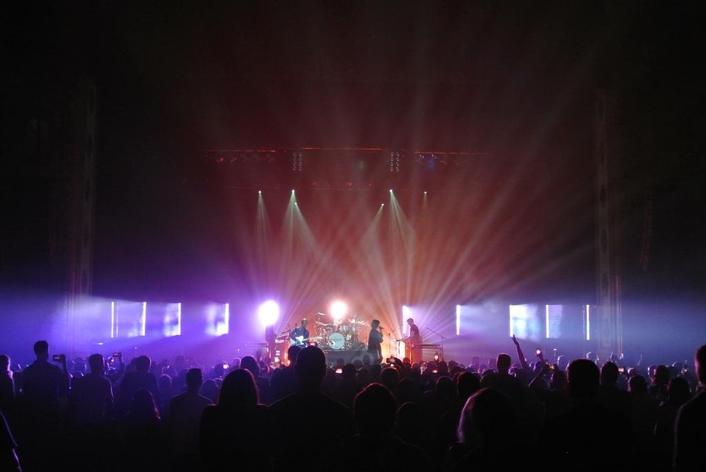 “I’ve seen these Bars being used on other shows and knew I could design a show based solely on this fixture,” he says. “At the same time I wanted to do something with the Bars that no-one else has done, basing the show on running content instead of built-in effects on the console.” And so he has been using the bitmap on the MA2 lighting desk to run bespoke content through the fixtures and cross-light the band. 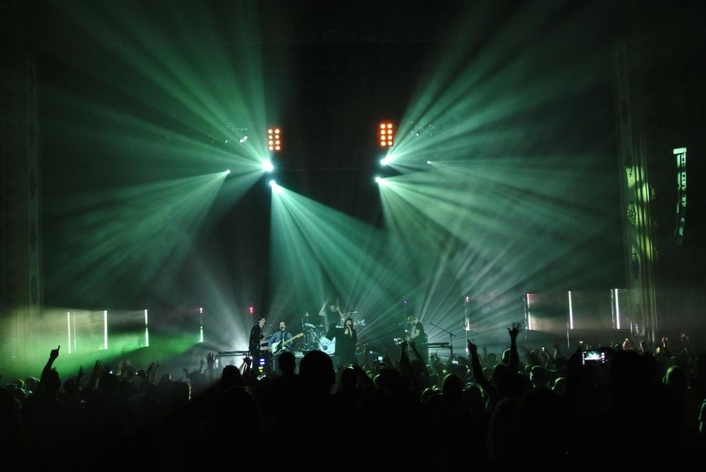 With the fixtures pixel-mapped and animated with judicious use of the tilt and zoom functions, and the show time-coded on the desk, he has been able to achieve high visual impact by using lots of video clips from the band’s music video. “This enabled me to create a custom effect rather than using effects anyone could create on the console,” he confirmed.
Providing the inventory was Liam’s regular US vendor, Upstaging. “Their support is perfect and the fact they own the X4 Bars was ideal.” 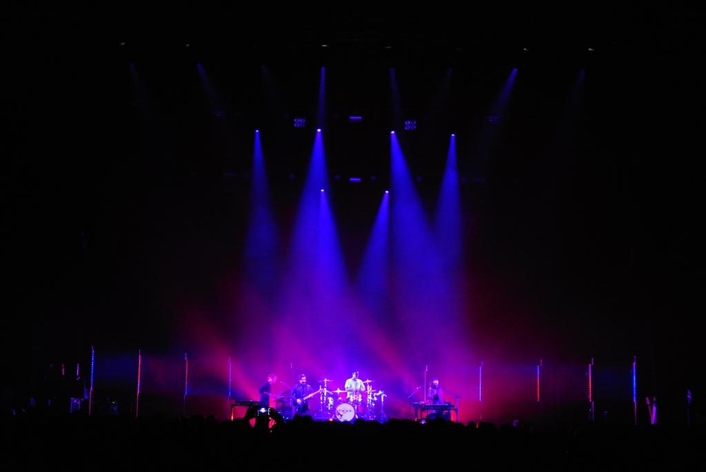 And the LD is in no doubt what benefits these versatile Bars lend. “GLP’s color tones generally have always been great and that’s the main reason I’ve been using their fixtures since 2010. As for the X4 Bars, the zoom is really impressive and you can get some great looks when the beam is really narrow.”
The Naked And Famous tour has been a perfect example of ‘less is more’, he says. “It’s really in your face during some parts, and almost hidden, while subtly lighting the band from the side on others.” 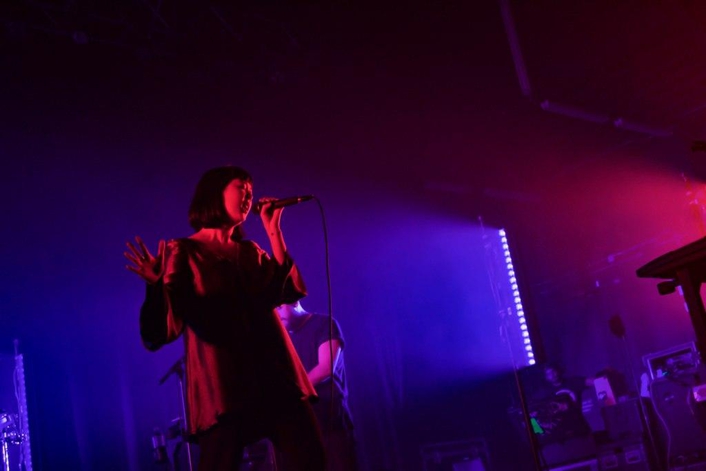 In summary, he says, “I can’t name another fixture that comes close to the X4 Bar. In fact I believe it is one if the best fixtures GLP has made — and you can tell this as so many shows use them. I couldn’t have got the look I wanted without this fixture and I think it will have a place for many years to come.” 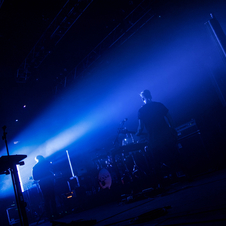 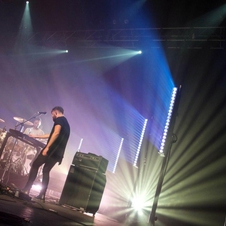 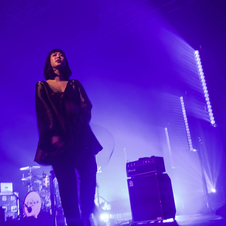 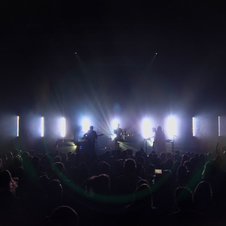 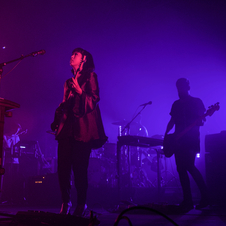 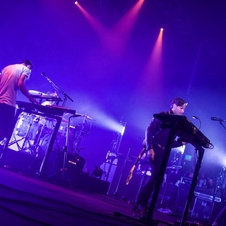 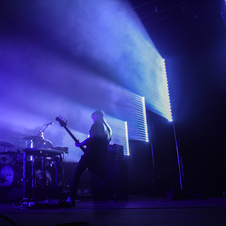 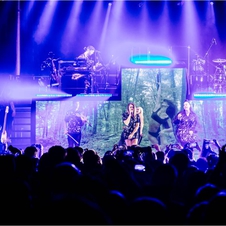 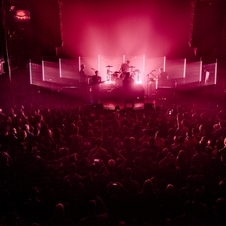 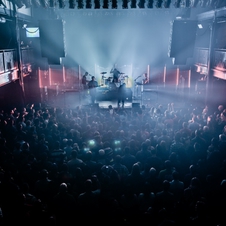 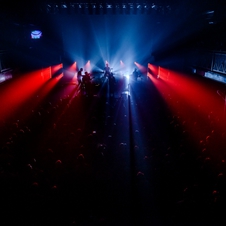 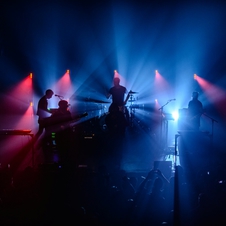 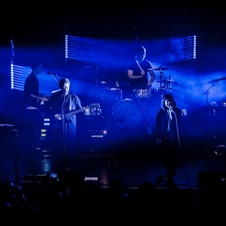 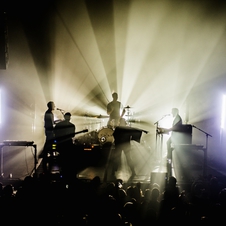 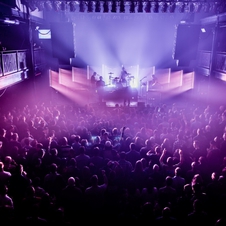 GLP
The Naked And Famous