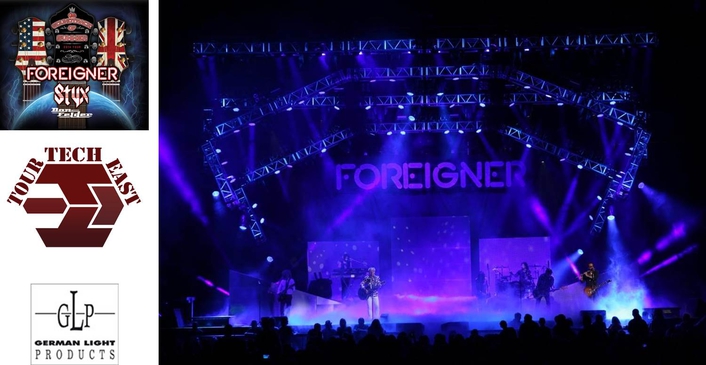 .
Experienced production designer Cosmo Wilson fondly remembers the first time he used GLP impression fixtures: it was on AC/DC’s 2008-2009 Black Ice Tour, where he lit the memorable giant train set-piece, an iconic element of the show. “I found that the saturation was stellar,” he recalls. Prior to that he had been strictly a traditional ‘Par Can LD’ — critical of the look of the early LED sources and throw distances.

Six years on, and with Foreigner and Styx embarking on a joint headline tour, LED technology has evolved a long way. For Foreigner’s UK dates earlier in the year he deployed impression RZ120 Zoom to light the ‘Foreigner’ sign. This allowed him to make visual comparisons with his favoured conventional pars on his way to moving up to the impression X4 series — GLP’s current touring workhorse.

All the impression X4 fixtures used on the recent Foreigner/Styx tour were purchased specifically by vendors Tour Tech East, with whom the LD also worked on the Foreigner/Journey 2012 tour.

In fact Cosmo Wilson has been working with Foreigner since 1979, and started running lights in 1995. He had first familiarised himself with the X4 on a corporate show in Texas where, due to weight restrictions, they were brought in to replace conventional Pars. “I decided this would be a good opportunity to use a full LED Par show,” he says. “I was impressed with the throw of the X4 and mainly the fact that they mimicked Par cans more than any other LED Par I had used. This was a defining moment for me.”

It convinced him to specify them for the Foreigner/Styx tour. And when Cosmo called his programmer and associate designer, Steve Richards, for LED recommendations he promptly vindicated the decision by also promoting the X4.  “Since I had already had some experience using them, Steve’s recommendation sold me.” 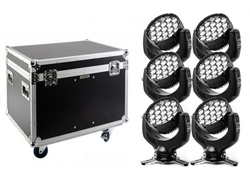 The tour budget defined that Cosmo would use 64 of the fixtures (although he had originally specified 92). “My whole Par can look is the amount of lights on at any given time, and typically in my rig, the ‘big’ look will be half my rig,” he explained. With six colours (three hot and three cold) in a 120 Par can show, it was these intensity driven ‘bumps’ that he needed to emulate in the LED domain — with occasional use of the zooms to create different song looks — offset by 18 bars of ACL and 20 4-way audience blinders. But Cosmo is nothing but creative in his approach to rig design.

“My typical rig creates a forced perspective, as I attempt to make the rig look much larger than it really is. This also works with an already large rig, making it look impossibly large! This has been one of my signatures as an LD, and it comes in very handy with bands that have limited budgets.” His other signature is to mix and juxtapose two colours for each song.

“The idea was to allow me to utilise modern technology to give me the look of the old Par can shows, which goes hand in hand with the band’s music. Using the impression X4 gave me that big Par rock show look, but used a lot less power, made the daily focus a breeze, and gave the touring lighting crew a much easier rig to assemble.” 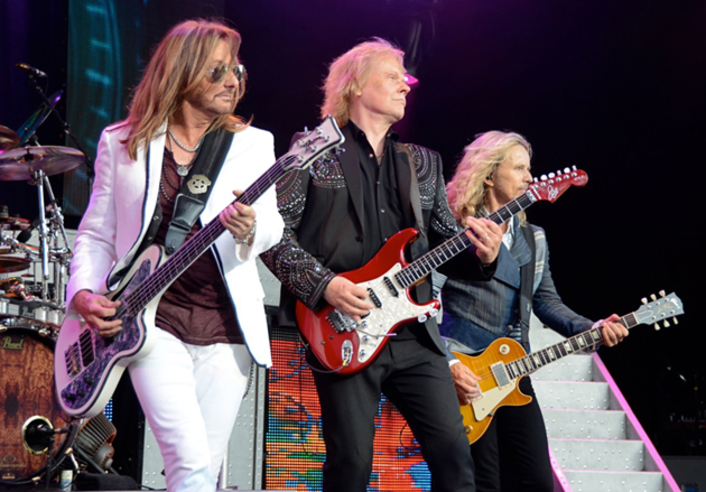 Steve Richards assisted in the design, plotting and programming of the lighting before handing over the Lighting director reins to Dan ‘Spot’ Lastovka for the Foreigner/Styx tour duties, since Cosmo was already committed to the Aerosmith European tour.

Offering complete contrast was the Styx element of the shows — a more theatrical contrast with the super-bright, ‘in your face’ approach of Foreigner. Says Cosmo. “We had specific lights that each band used, and shared around 70% of the rig. We also have two separate looking truss configurations, making each show completely unique.”

Despite maintaining the ‘old school’ approach to Par can lighting with his other charges, Cosmo Wilson can unquestionably see a future role for its LED counterpart. So has the leap of faith been justified? “Yes, I think it has in the sense that this was the right light for the application I was looking for at the time,” he admits. 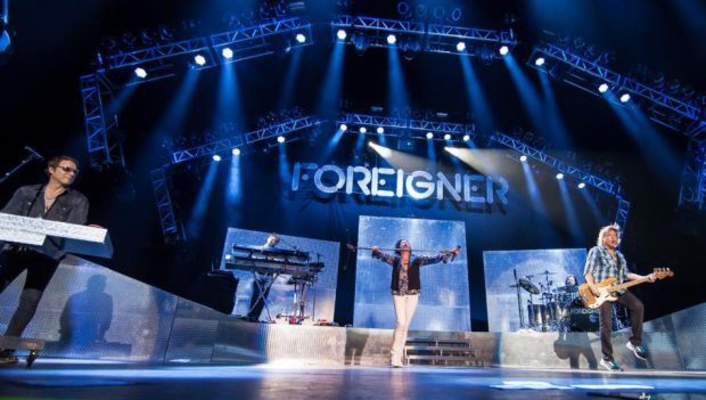 “The two best things I liked about the X4 were firstly the throw, and the fact that it mimicked a Par, and secondly the fact that the source wasn’t just a bunch of different coloured dots of lights. Give me the attack and decay of an incandescent, and we’ll really have a winner!”

In a perfect world he says he would love to replace light for light when it comes to the X4. “In other words, I would like to have a 500-Par can show, but with 500 pieces of X4. Will the X4 make an appearance on my next tour? I hope so!”