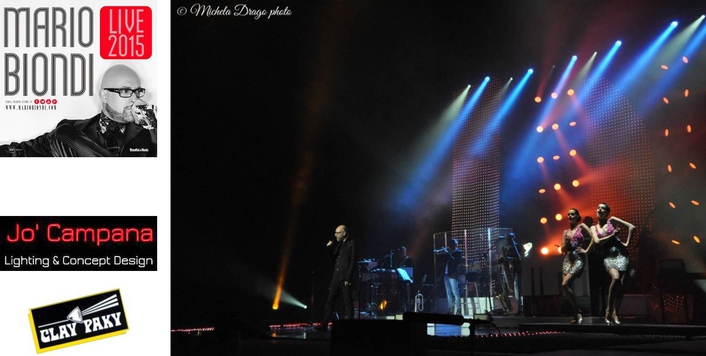 Mario Biondi is one of the few Italian artists who can claim some sort of esteem and saleability outside Italy, perhaps on account of the characteristics of his kind of music, or perhaps because he sings in English. Before taking on a huge number of concerts in major European and Asian capitals, he embarked on a tour of theatres in Italy to mark the release of his latest work BEYOND. This album also features foreign artists and producers.

Jo Campana, the Lighting Designer who has worked with Biondi for several years, briefly described how the tour lighting design came about:
“After a discussion with Mario and after listening to his new album, I tried to steer my work so that it diverged from the Mario's past and supported his intention to seek out and discover new musical horizons.” 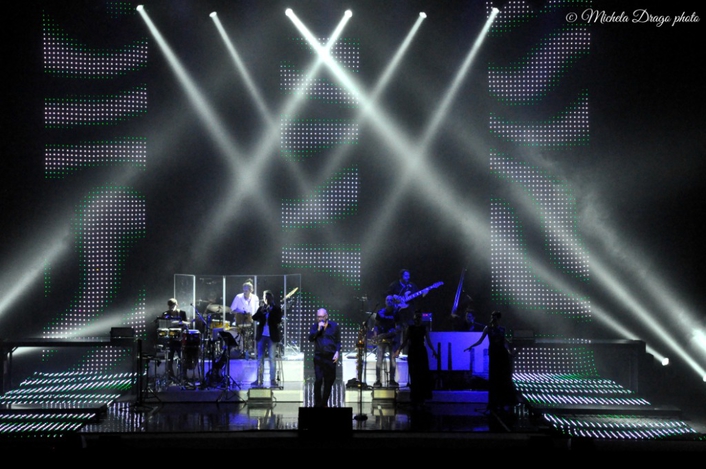 “My idea was to create an elegant stage concept, with just a touch of innovation, that would be able to convey a sense of freshness and modernity. The most characteristic elements were the two wide LED curtains which spread out from the backdrop over the stage right up to the proscenium under four transparent accessible Plexiglas platforms. A third beam appeared at the back in the middle later on in the show, when a moving section of the backdrop revealed 36 array-configured moving LED spotlights.” 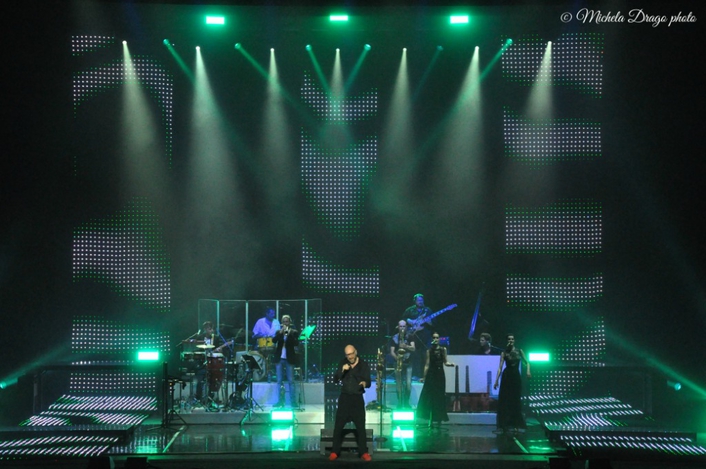 “The chance to work in traditional theatres allowed me to put together a pretty standardized lighting design with three levels of battens and a fair number of footlights, which I particularly like.”

“The tour logistics and economic sustainability affected my choice of kind and number of lights. The best solution was to use Clay Paky Sharpy Wash units and Alpha Spot HPE 700s. I have used both of these lights before and I knew they would guarantee the results. 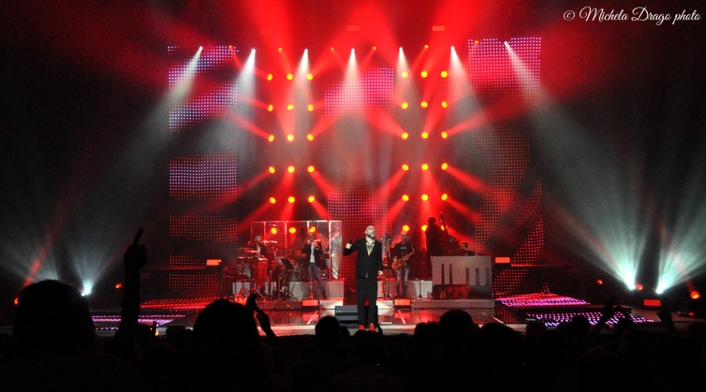 “Besides their well known reliability, I needed balanced, compact units with low power consumption, which were able to shoot when I needed it. The Sharpy Wash units, in particular, were very practical thanks to their versatility, excellent zoom and characteristic punchiness.

“In short, I think the two Clay Paky lights were a great choice for this type of venue. They left me fully satisfied. 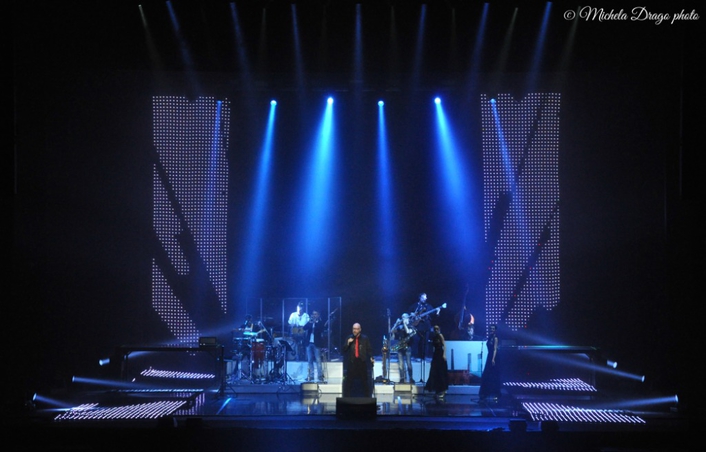 The summer tour is now going ahead effortlessly: I find all the material on site and only take the console with me. However the second part in theatres and auditoriums in Italy will start in October with the whole production in tow."

Jo Campana is very busy this summer following five tours and other events. He is already hard at work planning and designing the lighting for Campovolo, the mega-concert Ligabue will hold on 19 September in Reggio Emilia, Italy. He has told us in advance he will be using a lot of lights made by the Seriate-based firm.