Promoted by organisers Hard Styles United (HSU) as “one of the most spectacular and intense indoor rave arenas [we] have ever created” with “hours of lasers, spectacular lighting shows and crystal clear audio”, Knockout Circuz saw a line up of such international artists as Technoboy and Bioweapon. 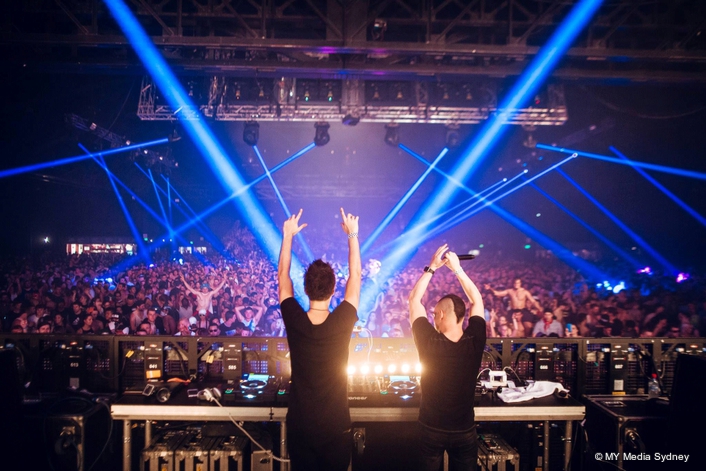 “HSU wanted us to create an underground circus world, with a different theme and look for every DJ,” explains Matthew Newton, MD of Newtone Entertainment, who worked closely with both Yeganeh and HSU Events Production Designer Robert Francis to meet the creative brief. “The Mythos were ideal as their versatility meant we could create a range of different high-impact looks with beams and gobos zoomed out to immerse the crowd.”

The Mythos is both a spot and beam light. It produces an extraordinarily large beam with perfectly defined edges and a zoom that ranges from 4° to 50°. It also features a completely redesigned visual effects disc, which may be superimposed on all the gobos, both in and out of focus. 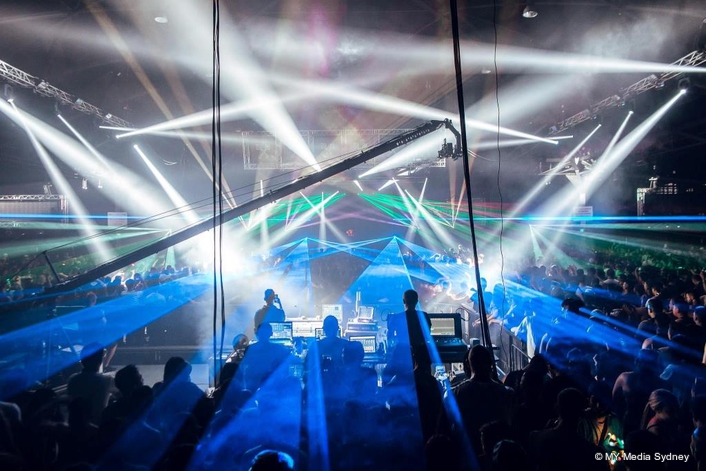 The Knockout Circuz set-up saw a large wall of visuals stretching the entire width of the space to combat the very low trim height on stage. The Mythos and Sharpys were used to shoot rapidly moving beams from the stage out over the dancefloor.

“The Mythos’ optics and brightness from a 470W lamp are its most impressive features,” continues Newton. “We needed brightness to cut through all the LED screens, Sunstrips and lasers.”

Yeganeh’s design also employed the super bright LED Stormy CC strobes to cut through the video heavy show. The fixtures’ light source is a strip of powerful flicker-free RGBW LEDs with an enhanced flash effect thanks to its parabolic reflector.

“I was able to use the Stormy CCs for both blinder and classic strobe looks without the need for more fixtures,” he explains. “The client was very happy as we could also make them flash in a wide range of different colours creating some fantastic looks.” 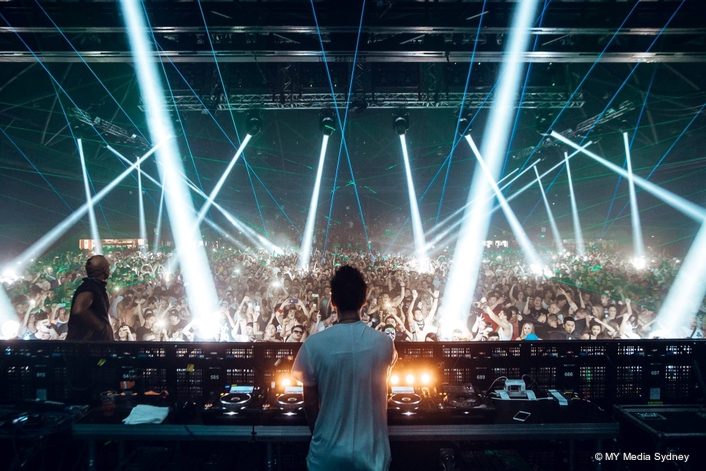