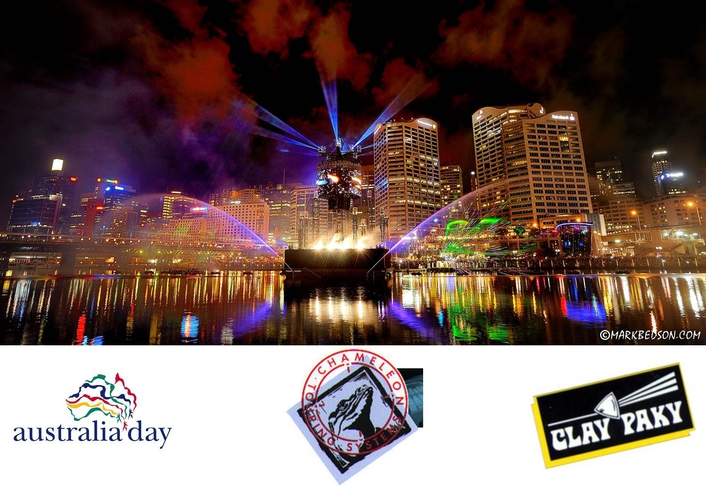 Collison’s brief - to build a small cityscape on a barge in the centre of Darling harbour
The 2012 Australia Day celebrations saw production and lighting designer Paul Collison create a glittering cityscape in the centre of Sydney’s Darling Harbour, using a battery of Clay Paky Sharpys.

On 26th January thousands of spectators flocked to the Darling Harbour precinct to celebrate the founding of the Port Jackson settlement in 1788. The merriment culminated in a multifaceted choreography of lighting, lasers, fire and water, which climaxed in a magnificent fireworks display.

“The Sharpys are awesome,” comments Collison. “They’re small and extraordinarily bright, which made them absolutely ideal for this project for a number of reasons.”

Collison’s brief - to build a small cityscape on a barge in the centre of Darling harbour. “We designed a cylindrical video screen surrounded by a number of towers,” he explains. “This gave the illusion of a cityscape, particularly when it was dark. We staggered the hanging height of the Sharpys from the lowest point on the barge floor to the highest point on the central tower, a cool 23 metres high, which looked spectacular. This gave us a great expanse of height to play with. The design became less about delivering a searchlight effect and more about playing with the vertical plane.”

Collison certainly couldn’t have realised the show with such dramatic effect were it not for the compact footprint and lightweight nature of the Sharpy. “Large scale searchlights could not have been rigged on top of a 23 meter high tower, especially one rigged to a barge in the middle of a harbour,” explains Collison. “Its one thing to have the creative vision but it’s another to actually implement it safely. The size and weight of the Sharpys meant that the crew could actually rig it without risking life and limb! Not only that the Sharpys performed flawlessly. Where conventional searchlights might sometimes generate too much heat and fail the Clay Paky Sharpy is reliable every time.”

Collison also noted that the Sharpys give a fantastic beam effect comparable to a searchlight, but the fact that he could also add texture to the beam and use them like a profile only amplified their appeal.

It’s great to see the Sharpy being used in such a creative way and as part of such an uplifting and celebratory project,” says Pio Nahum, chief commercial officer for Clay Paky. “Running at 189W and weighing in at just 16 kg there’s always room for a Sharpy in any lighting rig. The fixtures produce a sharply defined beam, free of any edge halo or discoloration. They also offer an interchangeable colour wheel, with fourteen fixed colours, and an interchangeable gobo wheel, with seventeen fixed gobos. This gives designers and end users, working on all kinds of projects, the creative flexibility they require in any situation.” 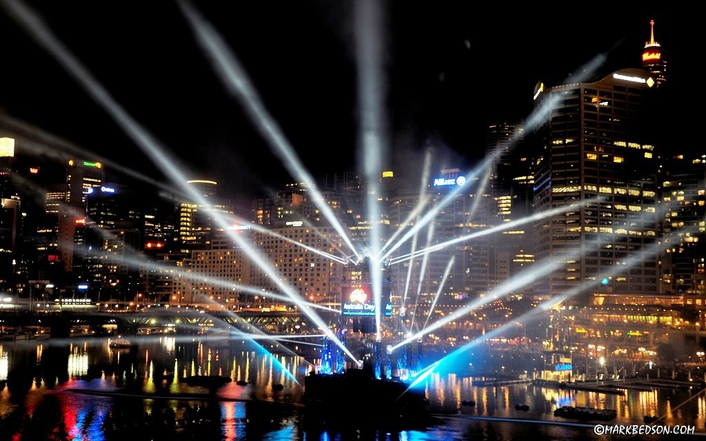