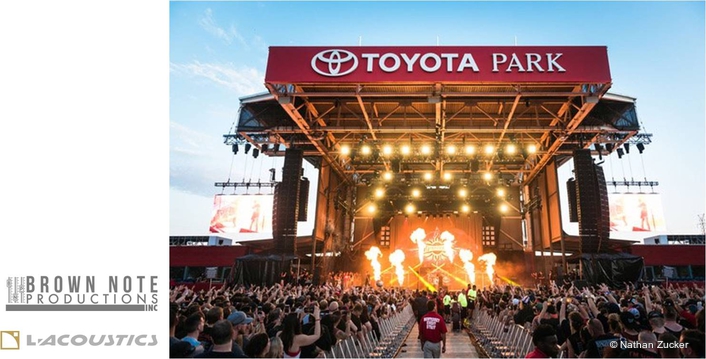 As the primary AVL vendor for Colorado’s Red Rocks Amphitheatre, Thornton-based Brown Note Productions (BNP, Inc.) will have provided audio reinforcement there more than 70 times this year when the venue’s 2017 season closes in late-October. The only other thing giving the breathtaking venue’s visual splendor a run for its money this year is the amphitheater’s stunningly powerful yet natural sound seeing that BNP joined L-Acoustics’ Certified Provider network for rental markets (CPr) back in April with the purchase of a K Series system. 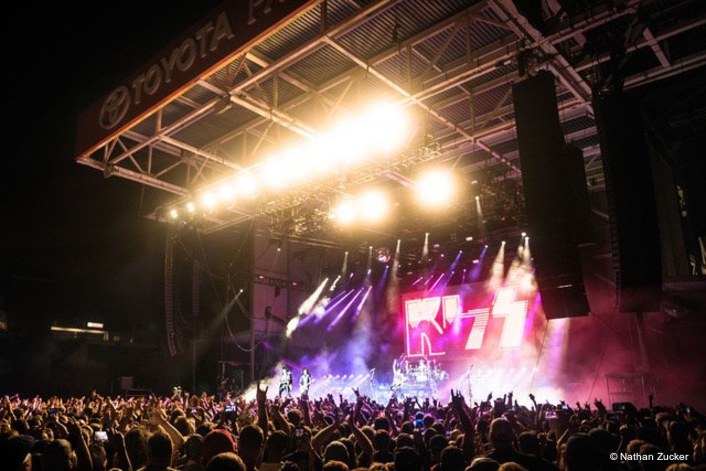 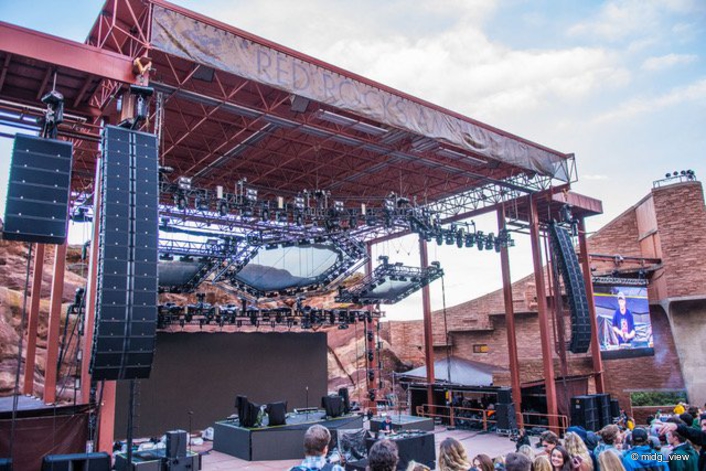 “We purchased this system to support our touring and festival clients, many of whom were specifically requesting L-Acoustics,” shares BNP Co-owner Sara Knutson, who founded the company in 2004 with her husband, Ryan. “We also wanted to bring K1 into Denver to meet the needs of the local K1/K2 users and tours that were coming through.

“We have been looking to add another ‘flavor’ to our PA inventory for a few years now and L-Acoustics was naturally at the top of our list. We decided to wait for the announcement and scheduled release of the LA12X amps and KS28 subs. The LA12X offers increased DSP capabilities, faster power delivery and transient response, while the incredibly powerful KS28 is one of the best subwoofers in the world, so we were willing to wait in order to move forward with the newest and most progressive products. And we have had a bunch of engineers who are now very happy that we did!” 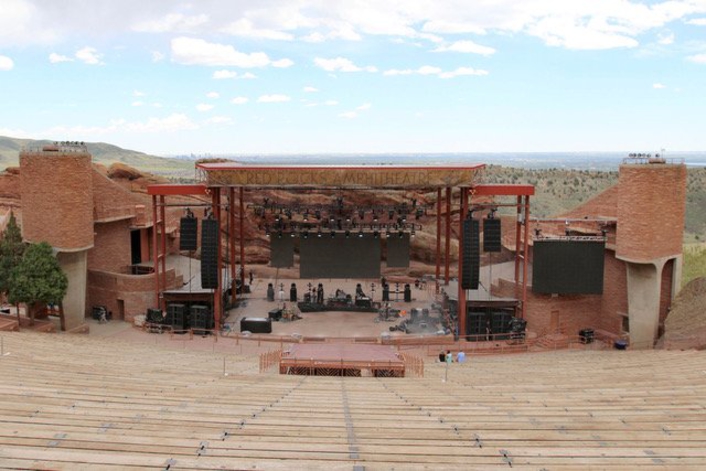 “Prior to adding the new systems, I had personally mixed on K1 and K2 at several festivals and found that—like its predecessor, V-DOSC—it has a voice that is unmistakable,” notes Ryan. “Its fidelity, power and throw are truly among the best in the world. We also love the system’s rigging, flexibility, cross-rental potential, and the new relationships and business we are building with it. It’s been a great addition to our inventory and is working very well in all applications, large and small.”

“We are thrilled to finally have Brown Note Productions join our Certified Provider family,” enthuses L-Acoustics Regional Sales Manager Paul Tillman. “Getting to know Sara and Ryan over the last four years while watching Brown Note grow into a truly world-class production services company under their leadership, I knew it was only a matter of time before we struck the right chord. We look forward to working with them as they expand L-Acoustics’ presence in the Mountain States and beyond!”

Operating out of a 70,000 square feet facility just 10 miles northeast of downtown Denver, BNP features a staff of more than 35 employees—including 13 that are audio-specific—plus a dozen other contractors that they keep in regular rotation.