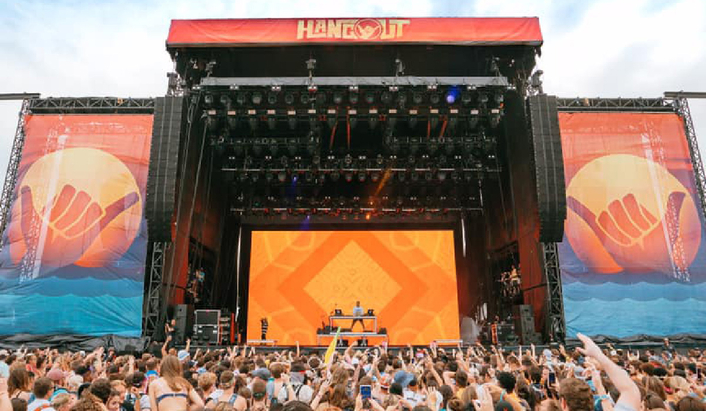 Having lit the outdoor festival for five years running, Bandit Lites team provided a system that would withstand a weekend at the beach, even in inclement weather, although Bandit’s Production Manager Dizzy Gosnell happily pointed out it was a weekend of sunshine. 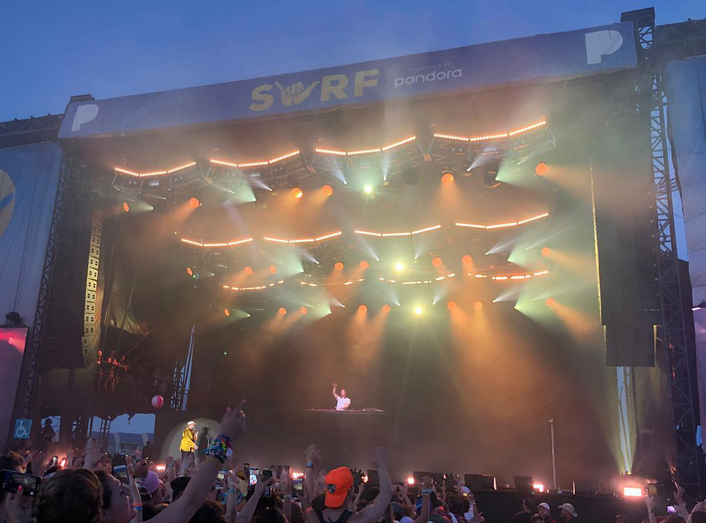 “The weather played ball with us all through the weekend; our OTC weather protection on the exposed trusses on the mainstage didn’t even get a tryout, and the fact more manufacturers are coming out with a greater range of IP rated fixtures really gave us a lot more options for outdoor shows without resorting to bubbles, domes and mushrooms,” said Gosnell.

Taking inspiration from both the setting and the name, Gosnell evoked waves on the Surf Stage with an eye-catching design that popped in both the day light and evening, utilizing new High End Solaframe 3000, Claypaky B-EYE K20 fixtures, Robe Robin Pointes, Elation WW2, the trusty Atomic 3k and ColorDash 12 units to outline the top of the “waves.” 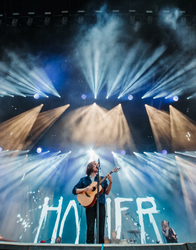 “With the stages mere feet away from the 80-degree waters of the Gulf, having a lighting system celebrate that seemed the right choice,” Gosnell said.
Bandit also provided festival support for the sets of Travis Scott, The 1975, Kygo and Vampire Weekend. 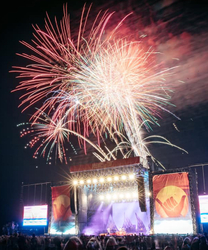