Robe Gets More Intense With Armin

The ground-breaking AO Intense show by the “State of Trance” originator and presenter has reached out and touched hundreds of thousands of fans on every continent over the last 12 months, rocketing the world of dance music into a new orbit of production values and drama. 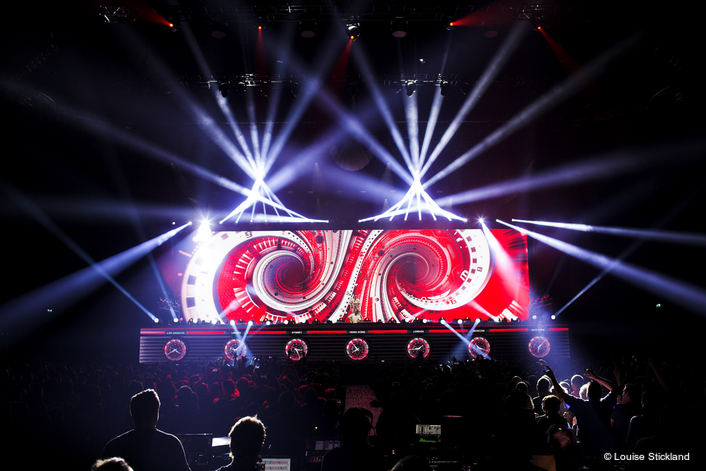 Central to this superlative visual and sonic experience presentation were 174 Robe moving lights, part of the lighting specification for a design created by Marc Heinz.

Marc, well known for his innovative work particularly in the arts, was asked on-board by the Intense show concept’s Creative Director Jos Thie – to bring a theatrical slant to the look and feel of the lighting. He worked closely with The Art of Light, designers and specialists in the world of EDM lighting, who have been involved from Armin’s very first live show. 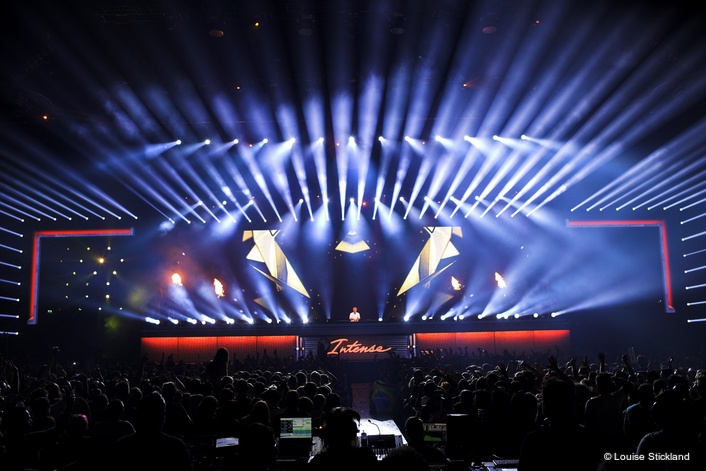 The results were a truly immersive visual and sonic experience as Armin unfolded his incendiary five hour set – including an hour of warm up from inside a giant inflatable ball. While absolutely centre stage, Armin was joined onstage by numerous guests including vocalists, musicians, dancers, acrobats and trampoline artists.

The stage, while clean and uncomplicated in appearance, featured an epic ‘widescreen’ set designed by Sander Reneman from 250K, with a large LED surface upstage, behind the DJ riser which was clad with another LED along the front of it. This brought an impressive cinematic feel to the environment, enhanced by amazing visuals produced by Eyesupply. 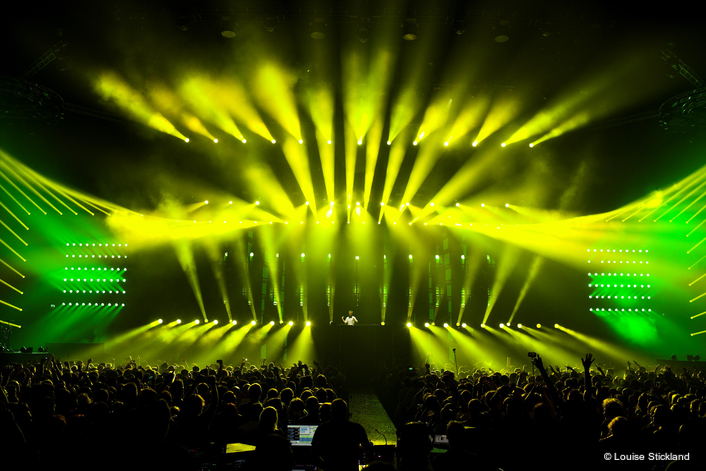 The 120 Robe LEDBeam 100s and 54 Pointes were among the main ‘sculptural’ fixtures of the show.

The extremely small and powerful little LEDBeam 100s were arranged in two large 10 x 6 matrixes marking the outside (left and right) wings of the stage and framing the edges of the performance space. They helped extend the energy of the performance out into the crowds.

They were also sometimes used to match the video cues in colour and feel. With the matrix arrangement they could also be used to create big statement shapes and animations.

The LEDBeam 100s also provided a very practical source of light for two B stages positioned both left and right just in front of the PA wings, which featured solo performances on piano, drums, percussion and vocals.

The Pointes were rigged so they framed the main upstage LED screen, providing a bright and versatile light-border for the higher parts of the set.

They remained inactive for the initial two hours of the show, then were introduced slowly and subtly, at first for scenic looks which were gradually ramped up for wilder and more striking effects as the musical action started building to an all-consuming crescendo.

The show was divided into multiple individual sections, each with a totally different look, style and feel. To develop a show as adrenalized and full-on as this over five hours  ensuring that nothing is repeated from start to finish, with the audience still experiencing new visual - and emotional - stimulation throughout … takes skill, imagination, huge attention to detail and some clever programming, undertaken on two grandMA2 full sizes. 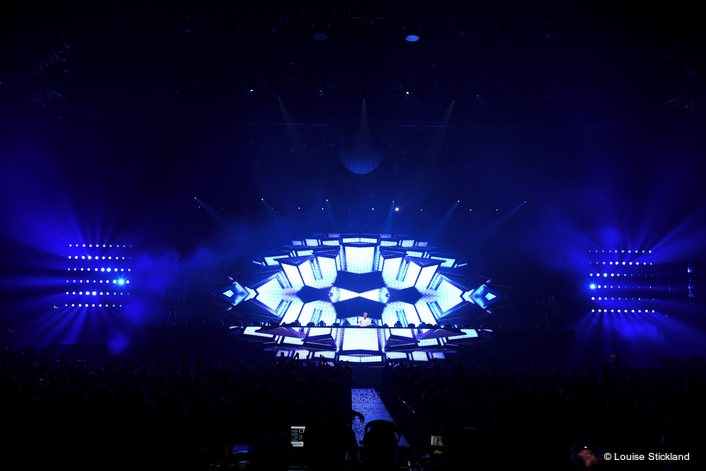 Marc first specified the Robe units after visiting the factory in Valmez with another high profile Dutch LD Gerard Maijenburg just before the final design proposals were submitted for the Intense project.

He “Loved” the LEDBeam 100s, and so they immediately were added to the plot.

The Pointes – launched a couple of months later by Robe – were then added as Marc and The Art of Light thought their multi-purpose functionality would being some great additional dynamics to the show.

Michael Seeverens from The Art of Light worked as the tour’s Lighting operator, supervising and co-ordinating all-things-lighting on the road ensuring that the AO Intense production always had optimum conditions. 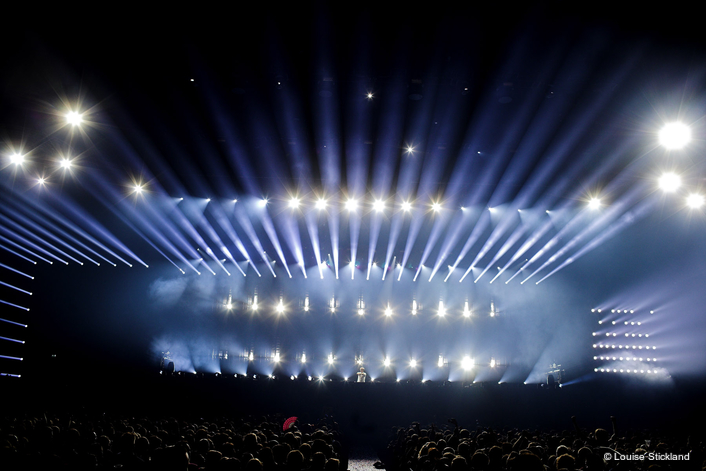 Lighting for this full version of the show at the Ziggo Dome was supplied by Purple Group, one of the Netherlands leading rental houses and a big investor in Robe.

The show was produced by Dennis de Bruin for Alda Eventt. The Intense Tour Manager was Danielle Stokman and the Production Manager: Maarten Hoogland. The video operator was Carlo Ruijgers from Eyesupply.

As the awesome AO phenomenon drew to an emotional finale in Amsterdam at the very peak of its global success, van Buuren paid the greatest accolade to all those helping him stage the show : “They are a golden team – I am blessed to work with these people”*

Gearhouse Group supplies Armin Only Intense
Robe Gets Into A State … of Trance
A State of Trance 650: gr...A2 Discovers New Horizons

Armin Only Intense Tour
The Art of Light
Robe