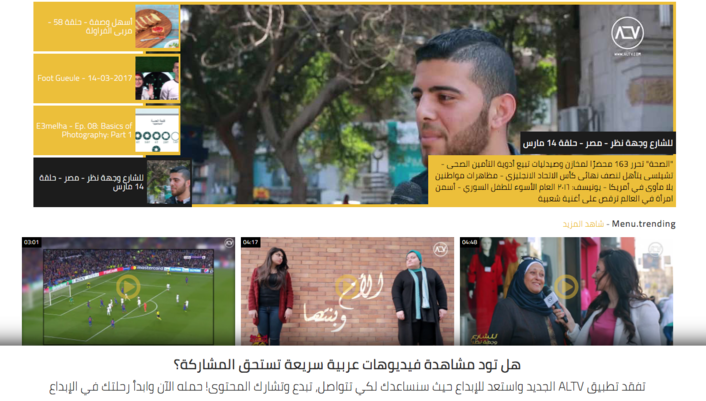 ALTV, one of the fastest growing free streaming services recently launched in the Middle East and North Africa, is breaking new ground in the Egyptian broadcast arena with the success of the region’s first ever user-generated current events show.

ALTV’s mission to turn viewers from across the MENA into digital content creators has led to the creation of Egypt’s most popular show on trending topics. The daily show, Lel Share3 Weghet Nazar, the Arabic transliteration of “Street’s Point of View”, prompts people on the street to share their views on the day’s trending topics at home and abroad.

Heba Musaed, lead director of the show commented: “Street’s Point of View has quickly become one of the must-see shows in Egypt.  By taking a fresh approach to reporting on current events, we’re not competing with other mainstream news stations. Instead, we have become a leading source for trending current events that matter particularly to the millennial generation.  By giving the street’s point of view on fascinating cases of business and entrepreneurship, technology, innovation, sports, lifestyles and other entertainment, audiences are tuning in to see stories created within their local communities.”

The show’s rapid success signifies ALTV’s position as the fastest growing local content provider in the MENA region and Street’s Point of View is just one example of the video platform’s successes in cultivating the talents of young creators and fulfilling local audiences’ requirements for relevant and entertaining content. 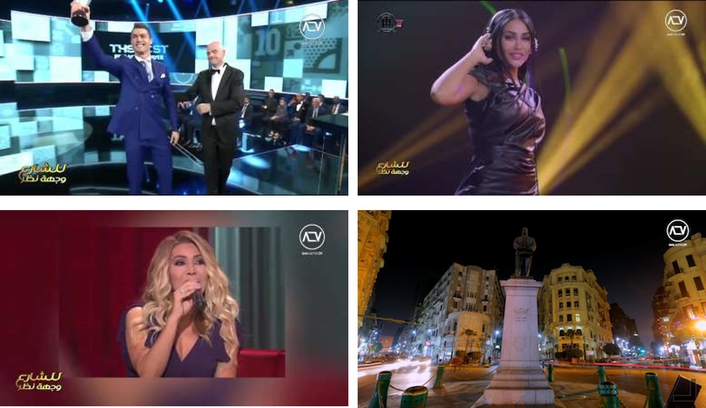 ALTV intends to expand upon the success of Street’s Point of View in Egypt by tailoring the show’s format to other countries across the MENA region with the mission to entertain millions of daily viewers, providing them with relief from uninspiring local television channels and the westernized programming offered by subscription based streaming platforms.

David C. McCourt, global media entrepreneur and founder of ALTV said: “Street’s Point of View epitomizes the approach that ALTV is bringing to its content, breathing new life into programming and film production to give local audiences the opportunity to enjoy high quality, local stories.  Due to the success we’re seeing in Egypt, we are already testing the show’s format in other markets across the Middle East and North Africa.  With the show’s growing online presence through the ALTV.com, the ALTV mobile app, and its trending popularity on social media, the format and premise of the show is already transcending internationally and we expect to formally announce new markets for the show in the coming weeks and months.”

The launch of Street’s Point of View follows the initial brief for the show presented to ALTV’s local Creative Collaborative, comprising of young creators who were given the opportunity to develop the show into its current form. Providing an exciting snapshot into a trending topic, Street’s Point of View showcases the opinions of people on the streets of Cairo on a range of the day’s top trending topics, in addition to a weekly recap highlighting top stories and bi-weekly special reports.

As Street’s Point of View is adapted for new countries across the MENA region, ALTV’s local influencers will bring the opportunity of training, insight and commercial success to aspiring content creators.