For it’s fifth year, Sunset Music Festival took over the grounds of the Tampa Bay Buccaneers stadium and continues to break records.

Since the festival's inception in 2011, attendance has increased with ticket sales surpassing 30,000 for 2016.  Sunset Music Festival has become the destination electronic dance music festival for central Florida.  EDM fans from around the state, country and the world converged on the gulf town to enjoy over 60 artists across three stages during the two-day event held Memorial Day weekend. 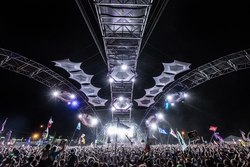 Production and Lighting Designer Koen De Puysseleir from AG Production Services was tasked with providing three unique designs for each of the stages.  “Each stage had to have it’s own unique feel to it, not just a cookie cutter design that festivals tend to see year after year.” Says De Puysseleir.  “The overall concept was derived from the festival's name and the spectacular sunsets that south Florida is accustomed too.” Continues De Puysseleir. 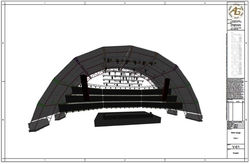 The unique design of the AG and Mega Structure roofing systems complemented the concept of the sun setting over the festival while still providing a structure that could withstand the sometimes unpredictable weather patterns that south Florida is prone too.
The Sunset Stage, the main stage for the festival used the Mega Structure Mini roofing system. The arch design was 154’ wide, 64’ high from the center point and 60’s deep. Suspended from the Mega Structure was a truss system that included over 500 of AG’s 8mm video panels, mixed in with 90 of Elations Color Chorus 72 LED strips. Lining the bottom of the video display were a number of Clay Paky Sharpys. “The idea of the main stage was lines versus having just a large video wall, it was broken up into three section horizontally with the Color Chorus 72 separating them.” Mentions De Puysseleir. 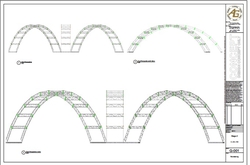 The Eclipse Stage, (stage 2), was based on a hexagon shape that the event organizers envisioned.  Rather than providing a standard configuration of the Mega Structure roofing system, De Puysseleir, and Gumper decided to break up the structure design to give it more of an open feeling while still providing plenty of open space for the hexagon fabrics to be stretched across the space. “The idea was to continue to provide a unique structure design that is still capable of suspending a lighting and video rig. The Eclipse stage uses three sections of the Mega Structures Mini roofing system, just spread out in a fan shape meeting on one side to provide the back wall of the stage and plenty of structure to support a hung lighting and video system.” Says Andrew Gumper, President of AG Production Services. 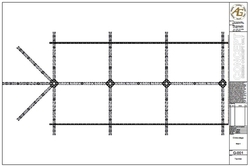 The Horizon Stage, (stage3) overall theme was circles.  AG’s SuperTruss Dome roofing system was used which uses custom designed truss that created a half circle running the length of the stage and over the audience. “Instead of enclosing the structure with a fabric, the organizers supplied custom stretch designs mixed throughout the structure.” Says Gumper.  Encircling the rear of the structure were tiered half circles fitted with AG’s 37mm video panels mixed with Martin Mac 101s, Solaris Flares and Coemar Infinity Spots. 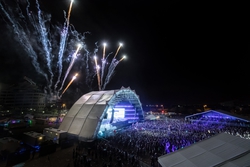 MA Lighting’s grandMA2 control was used for lighting control for each of the three stages.  Each independently ran and operated. “For the main stage, we used grandMA2 as the backbone of the system as well as the control surface for guest LD’s to use for their artist.” Mentions De Puysseleir.  “When a guest LD was not running a set, I used a Chamsys MagicQ MQ200 Pro for running the stage.  We configured the system to speak jointly through Art-Net allowing either system to take full or partial control based on who was running the set.” Concludes De Puysseleir. 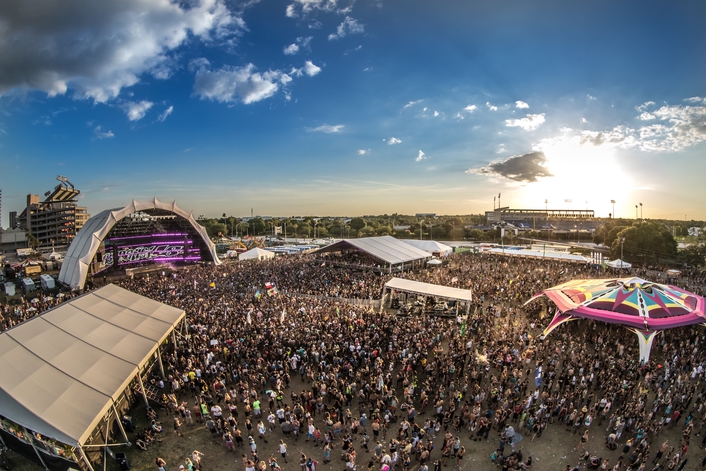