Adlib Sheds Light on James … at the End of the World 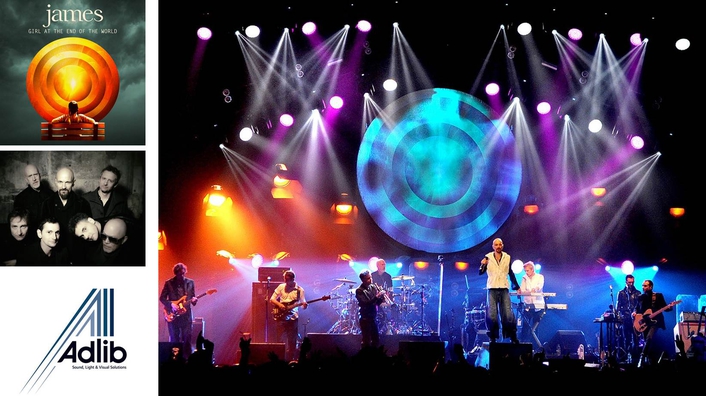 Adlib supplied lighting equipment and crew for the recent tour by UK rock band James who played a mix of UK arenas, academies and city hall venues at the start of their ‘Girl At The End of the World’ album campaign. Neil Anderson was the all seeing eye and cool handed Tour Director, with Matt Johnson (Road Manager), Cally Harris (Production Co-Ordinator) and Adam Johnston (Stage Manager.)

Lighting was designed by Chris Montrie and lighting crew chief Ben Hodgkins advanced and co-ordinated all the lighting tenders and related elements of the tour. Chris is based in Washington DC so he and Ben liaised closely in advance and as the tour was approaching, with Ben ensuring that everything was prepped and ready to go for Chris when he arrived at Adlib for a two-day WYSIWYG programme prior to production rehearsals.

Chris had a free reign in creating the design with some input from the band and the lighting rig was inspired by the album artwork for the ‘Girl at the End of the World’, with a girl sitting on a bench and the sun in the background.

From this, the initial idea of circular trusses evolved, which was then modified to make it more practical to scale for the different sized venues - going from arena to academy is a big jump!

Instead, they settled on four straight trusses that were split in the middle – inverted V style, flown at different heights and raked … which give the optical impression of a curved look. These were joined by straight 40ft front and mid trusses and an upstage truss to support the 40 x 30ft LED starcloth backdrop. 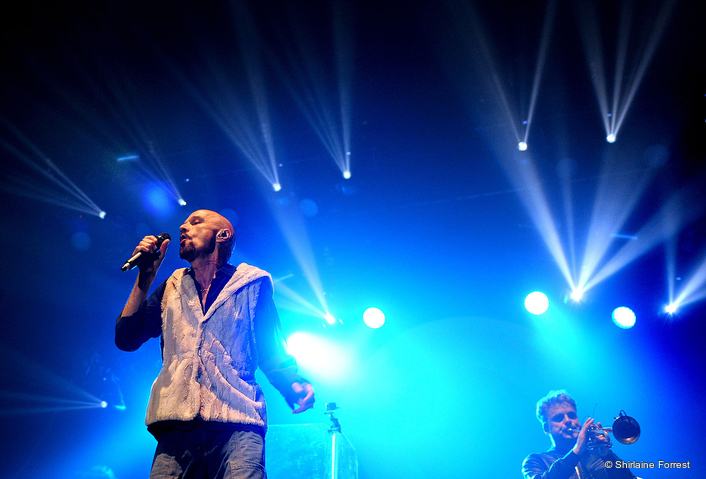 A custom set piece was fabricated by Metalman comprising a 12ft wide metal disc – resembling the one on the album - with fabric stretched across the middle and flown from the lighting trusses, adding structure and depth to the visual equation.

“Adlib were fantastic from start to finish,” confirms Ben adding, “They also had all the lights we were requesting and a nice inventory of shiny new, well-maintained kit”.

For moving lights, Chris chose 16 x Martin MAC Viper Profiles, with eight on the floor and eight in the air; eight MAC Viper Washes, split four and four between floor and air and 20 x MAC Quantum LED washes, 16 spread around the roof trusses to provide the base washes with the other four on the floor. 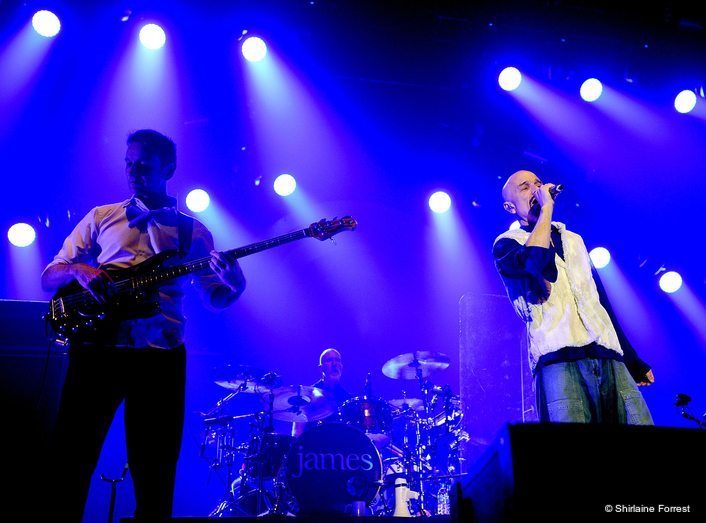 Sixteen Clay Paky Mythos rigged on the overhead trusses were the primary effects fixtures – picked for their power and versatility.

The floor lights were on 6ft high risers and joining them were 10 x 5K fresnels on Manfrotto stands at 6ft and 12ft high arranged in an M shape, bringing a retro ‘lensed’ look to the stage. They had Lee 147 (Apricot) filters fitted to replicate the orange glow of the album graphics.

Twenty-two 2 x 2-cell moles were used for accents and punctuation together with four Atomic 3000 strobes and for the arenas, two Magic FX confetti blowers ... a last minute request that was sourced by Adlib in their usual fuss-free manner. 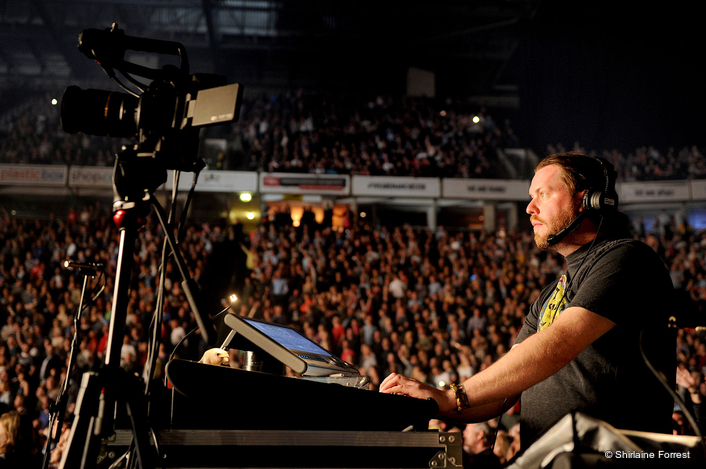 Control was two of Adlib’s Avolites Pearl Expert 2015 consoles, with Avo ART dimmers - two T4 racks - and a 72-way hot power rack.
The whole rig pulled around only 100 Amps per phase even when in full arena mode, where the space was filled out really appropriately by the design.

In ‘B’ rig mode, the four 16ft raked trusses were built as two 32ft straight trusses and rigged with exactly the same amount of lights at the same spaces, so Chris and the band could have consistency and continuity all the time.

Adlib’s crew of Jeff Bond and Jordan Willis were “fantastic” says Ben and they all slipped into a flow and an efficient show day routine very quickly. 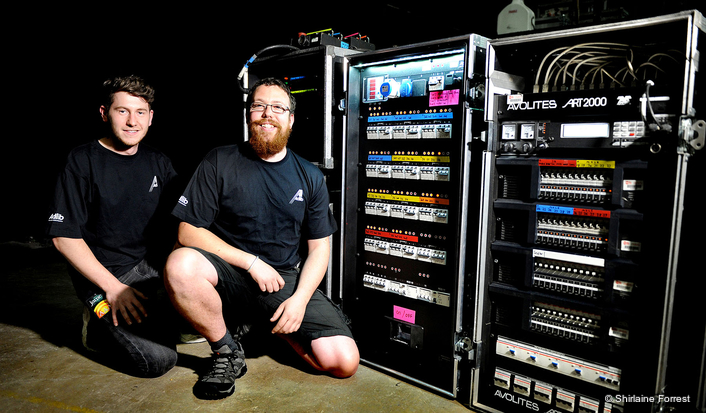 Adlib’s Lighting Manager Dave Eldridge commented, “It has been brilliant to be involved with such an iconic live band as James. Neil, Ben & Chris have been great and really ahead of the game so everything went really smoothly.”