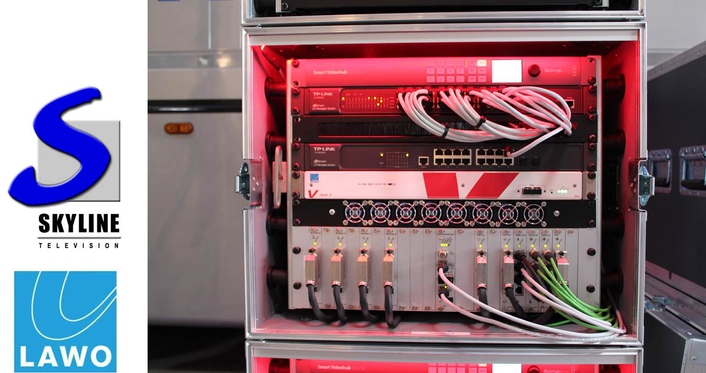 As the world’s first OB van to be based on fully IP-implemented audio and video stageboxes, TV Skyline’s pioneering technological design philosophy makes Ü8 a milestone in modern OB production – the truck’s crew have greater flexibility and space than offered by a conventional design, and its technical options provide increased working efficiency and flexibility, resulting in more creative freedom. 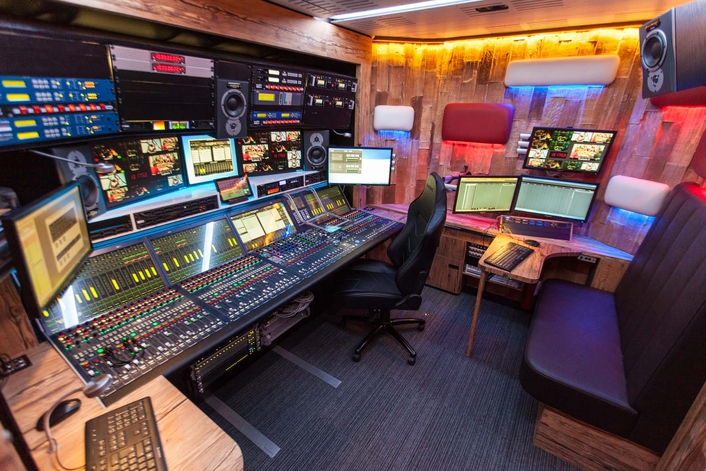 The new concept was made possible through the use of V__Link4 IP-based stageboxes and RAVENNA DALLIS routing from Lawo. The Rastatt/Germany-based company was not only involved with Ü8 as manufacturer, but also a as development partner – TV Skyline and Lawo jointly developed the optimized network structure that underpins the mobile studio. Integrated into the IP network are four V__link4 stageboxes and a Lawo mc²56 mixing console, which has established itself in Germany as a standard for television production in studios and OB trucks. With its implementation of RAVENNA technology, the console has opened the door to the world of networked IP.

Laurent Schiltz, CTO of TV Skyline comments: "From the very beginning, the flexibility and the technical possibilities of the V__link4 stagebox and IP solutions convinced us that a truck based on IP technology would bring us a new and promising (future-proof) chapter in television production. We now can react more flexibly and quickly than ever to on-site customer requirements. Beyond that, we can offer completely new production methods – such as the remote productions that are becoming increasingly popular – at the same time. And we can do it with the same equipment."

Also integrated into Ü8 are ten Lawo V__view1 units for converting IP-based MJPEG streams into HDMI signals with minimal latency. These compact devices provide a cost-effective monitoring solution with an end-to-end delay of fewer than three frames e.g. for commentary positions or production suites. Accompanying the software, the V__view_app displays the pictures on any PC or Mac  – also in the highest quality and with minimal latency – allowing video distribution with 50% more efficiency. "V__view1 is the perfect complement to installations with Lawo's video-to-IP interfaces. It transfers monitoring signals flexibly and efficiently to multiple technicians’ positions in television production,” says Schiltz. “As a result, we save enormously on cabling effort, and can respond more effectively and quickly to the wishes of our customers." 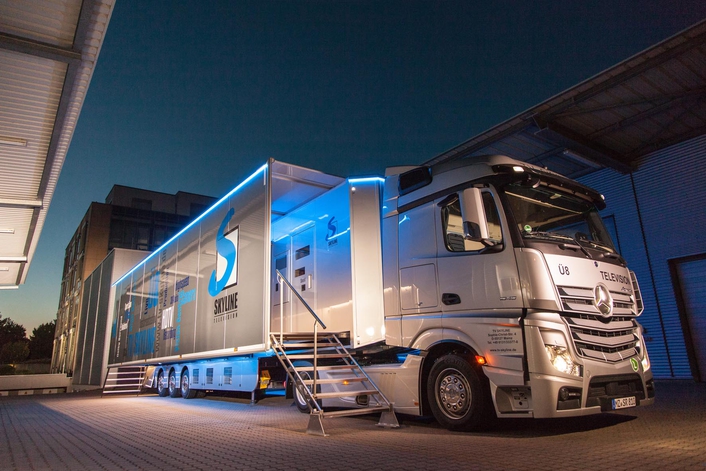 IP technology enables easy connection of stageboxes via Cat5 cable and standard switches, so that it is possible to send signals to various locations without having to run additional cables. In addition, this operating concept allows quick and cost-effective distribution of further video signals.