Lawo in the Mix for Pan American Games 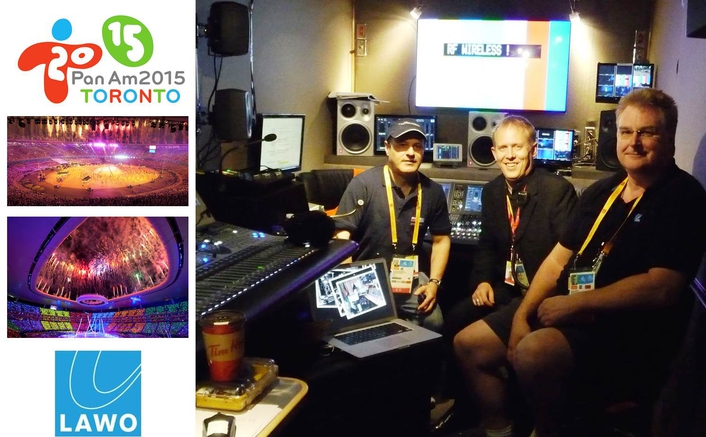 Lawo, German manufacturer of broadcast audio, video and IP networking equipment, has provided all audio integration and distribution systems for support of the international feed of the Toronto 2015 Pan Am Games Opening and Closing Ceremonies. The main mix was provided with a 48 fader Lawo mc²66 console and a secondary console, a Lawo mc²56 with 32 faders, handled sub mix duties for over 40 ambient microphones used to bring the action from the field to the broadcast center.

In addition to the main and secondary mix consoles, Lawo provided five DALLIS Stageboxes and a Nova73 router to manage over 1900 redundant crosspoints utilized to gather and distribute audio feeds including over 496 record tracks, 256 channels of RAVENNA (AoIP) and over 880 channels of MADI audio. Fiber tie-lines were used to connect 256 audio channels between the Nova73 and each console, as well as an additional 128 channels carried via fiber tie-lines to provide connections to two production video trucks.

The Pan American Games are the world’s third largest international multi-sport Games, surpassed in size and scope only by the Olympic Summer Games and the Asian Games.