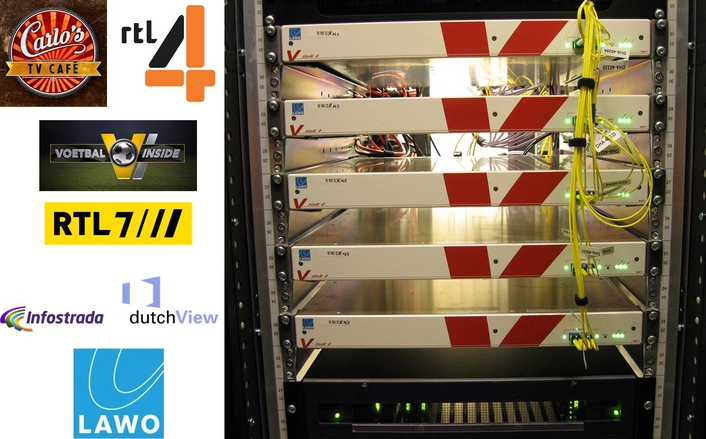 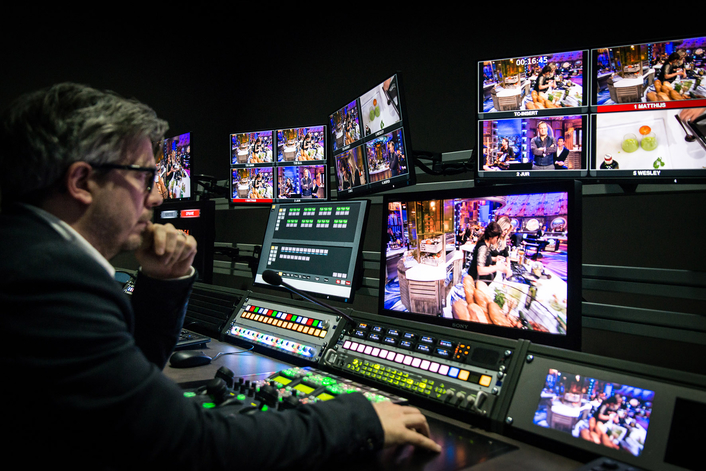 "While many media companies and broadcasters are working on remote production and video over IP, we have made the leap to a cloud platform on which resources are available on demand. Our technical infrastructure and LiveCenter are the foundations of Cloud Production. We operate our own data centers and a 100% uptime dark fiber network. The entire infrastructure is monitored by our in-house developed monitoring tool GrandCentral and supported by a 24/7 expert service desk. This results in a very stable base for our new Cloud Production technology. I am extremely proud of this world first", states Peter Bruggink, CTO of DutchView Infostrada. 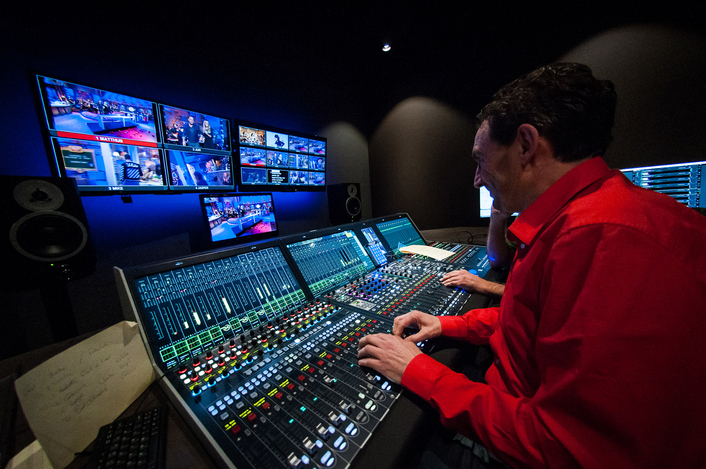 With the new setup, it is no longer necessary for DutchView Infostrada to dispatch a large OB truck to a location. Instead, Lawo stageboxes handle video/audio I/O and processing using an IP network – the same network that connects the studio and the location. All connections use DutchView Infostrada's proprietary fiber-optic network to connect to its data center, where all of the technology is housed. The Cloud Production suites (directing, audio and shading) then provide complete control over the production process, as with traditional productions. Depending on the type of production, the director can work either from a location near the studio or from central directing, audio and shading suites.

Engineering teams from DutchView Infostrada and Lawo worked closely on the installation prior to the broadcast, including on-site at the Media Park in Hilversum: “We all learned a lot while working on this project. DutchView Infostrada and Lawo teamed up as partners to turn a convincing concept into reality with Lawo IP-based equipment and VSM control – but equally important was the trust, communication and absolute dedication required to make it work,” Bruggink continues.

A DutchView Infostrada press release quotes RTL Netherlands Productions’ Business Manager, Mark de Vink: "It was quite exciting to be the first shows ever to be aired live in the cloud, and it was a huge success. Cloud Production is more efficient than any other solution, as we only use the resources that are strictly necessary for the duration of the recording. Using centralized resources, we need significantly fewer crew members on location, which also greatly reduces travel and accommodation costs." 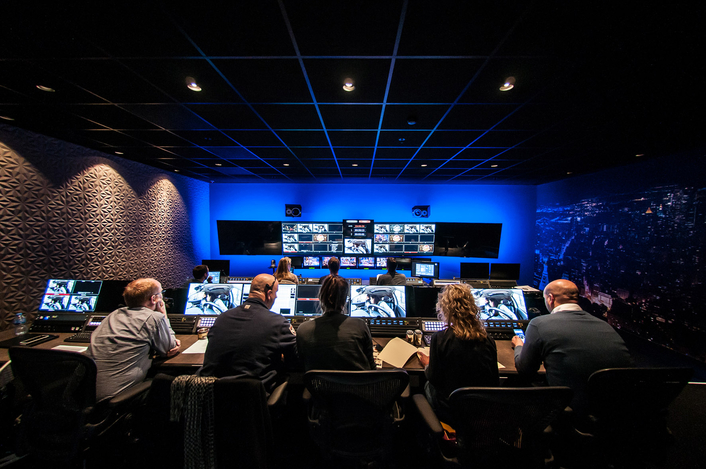 About DutchView Infostrada
Headquartered in Hilversum, the Netherlands, DutchView Infostrada supports major broadcasters, studios and distributors in the production and international distribution of their most valuable productions. As a pioneer of digital technologies, Infostrada has transformed traditional broadcast processes into integrated workflows. Its multi-platform delivery solution brings online and mobile video to millions of viewers worldwide.
DutchView Infostrada is part of the NEP worldwide network. NEP is a leading worldwide provider of outsourced services to the broadcast and live event industries, offering solutions for outside broadcast, studio production, video display and host broadcasting. Headquartered in in the United States, they have offices in the UK, Europe, Dubai and Australia.

About Lawo
Lawo designs and manufactures pioneering audio and video technology for TV and radio broadcast production, post-production, as well as live performance and theatrical applications. Products include digital audio mixing consoles, routers, video processing tools as well as solutions for IP-based A/V infrastructures and routing systems. All products are developed and manufactured according to highest quality standards at the company’s headquarters in the Rhine valley town of Rastatt, Germany.