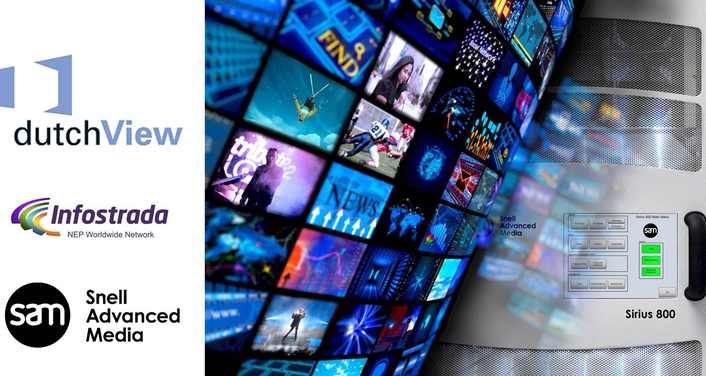 Leading Dutch media group, DutchView | Infostrada, part of the NEP worldwide network, is transforming its operation to IP, cloud-based production. Following an exhaustive evaluation of all the hybrid SDI/IP offerings on the market, DutchView | Infostrada has chosen SAM as its partner for the project, citing SAM’s unique SDI to IP transition solution, its credibility as an innovator and the unique capabilities of its switchers as the key differentiators.

Dutchview | Infostrada’s bold vision will enable the company to dramatically reduce on-location and in-studio equipment requirements by centralizing all production operations around its own data center, fed by IP streamed media over its own fiber links direct from events, studios and centralized galleries. SAM has supplied Sirius 800 routers, Kahuna switchers and IQ Modular infrastructure for the project, which will begin production operations with SDI signals in October 2015, but transition over time to full IP operation. To achieve initial hybrid operation, SAM is supplying its new IQMIX IP/SDI conversion modules, using DS Link cables to reduce the cabling between the SDI systems and IP switch by a factor of 8.

Headquartered at Media Hub, Amsterdam, DutchView | Infostrada is the Netherlands’ largest media capture, creation, and delivery organization and is providing innovative global solutions for the creation, management and distribution of video content. DutchView | Infostrada owns 10 studios and facilitates every kind of content from sports, concerts and live shows to talk shows, chat shows and dramas. It also operates a fleet of outside broadcast vehicles.

“DutchView | Infostrada researched all propositions of the main vendors. SAM was the only vendor capable of delivering a core infrastructure that was ready for live production in 2015 that could risklessly migrate to IP in the years to come without any forklift exchanges,”  said Peter Bruggink, CTO DutchView | Infostrada. “SAM provides by far the most feature rich baseband SDI matrixes that will seamlessly interconnect to IP gateways using efficient multilink cabling.” 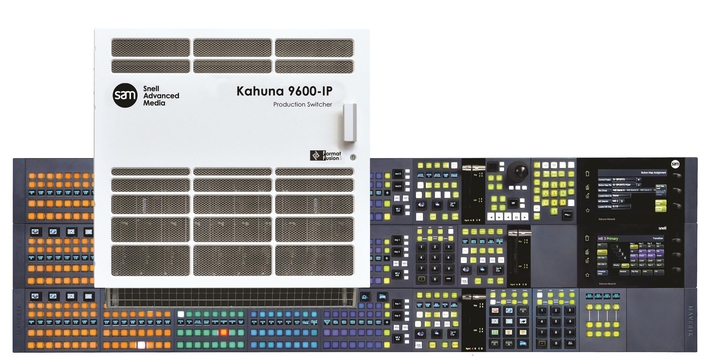 “We are very excited to have been chosen by DutchView | Infostrada as its partner for this ground-breaking project,” said Tim Thorsteinson, SAM CEO. “Their vision for the future with IP perfectly matches our own, and by choosing a SAM solution, Dutchview | Infostrada will be able to transition to fully-IP operations painlessly as and when it becomes a viable business reality while meeting all their present production needs.”