LDM Audiovisual Systems BVBA (L-S-Bs exclusive local partner for the BeNeLux) working with UK system integrator Broadcast Networks worked closely with Fox Sports proposing VSM as it offered freedom of control to manage resources and allowed complete dynamic assignment of operational positions. Fox used VSM’s unique ‘Boxing’ functionality allowing any operational position within the playout centre to be assigned to any operational task. For example an operational position could be set up for any workflow task from selecting a playout channel to be controlled, QC operations, monitoring, editing or ingest. The user interface was designed to give a graphical representation of the facility so the operators could easily select their seat and assign the workflow offering ultimate flexibility of space and resource. 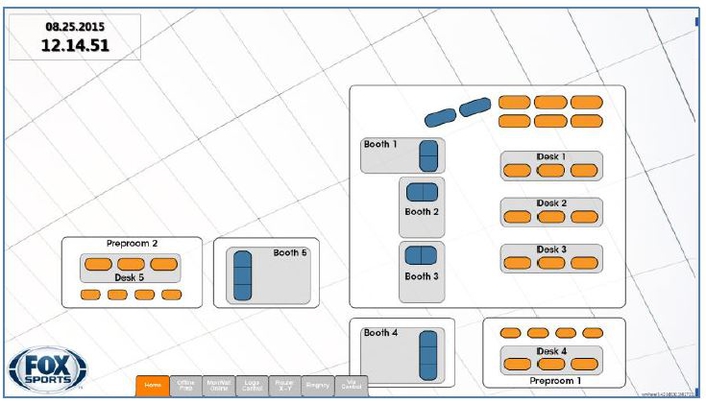 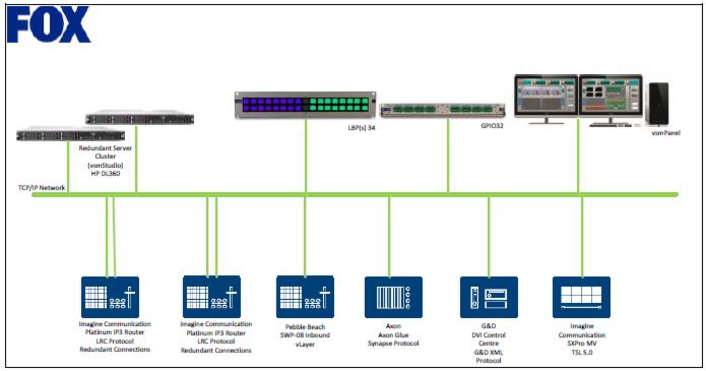 VSM as the fundamental control layer
VSM played an integral role in operations offering a fully automated interface to Pebble Beach Systems. Pebble Beach sent scheduled commands to VSM, which would trigger any number of events to any 3rd party device connected to VSM. VSM also provided user interfaces to prepare channels offline and then move these into transmission when required. 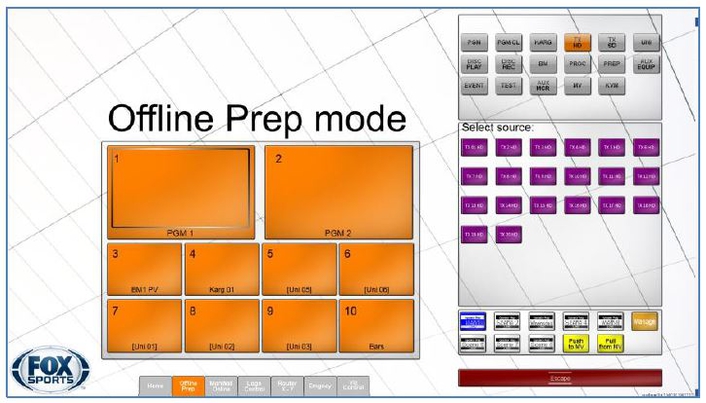 A key task of VSM was providing a tactile and simplified user interface giving full router control and representation of the router status. VSM also controlled the audio shuffling on the modular equipment. Emergency override functionality was available on both LBP hardware panels and software panels with a visual representation of the transmission chain showing the status of inputs and live signal path. 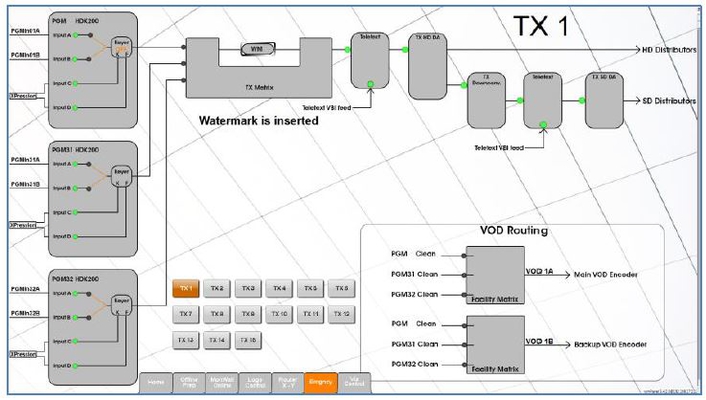 Controlling both the Imagine Communications Platinum IP3 Router in parallel with parameter control on the modular glue VSM allowed Fox to control their Logo inserters. L Bars graphics could also be inserted with both routing and parameter control. Fox had the control of recalling graphical presets all of which could be driven form Pebble Beach automation. 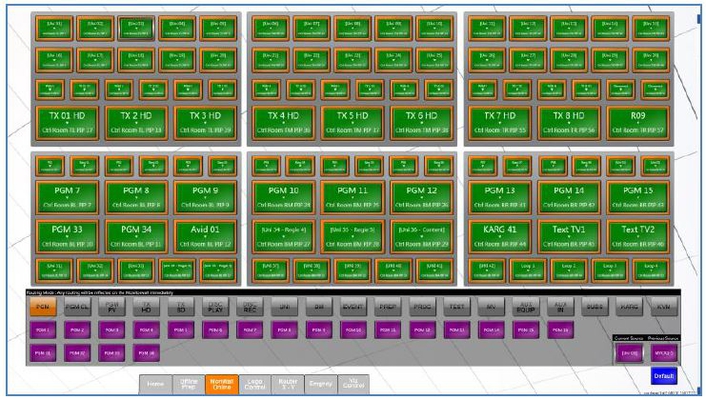 Multiviewer layouts were graphically represented on the user GUI and default setups could be selected. Tally was used for example to show when a Harmonics Channel port was in record mode. Label transfer was used and operators could use the induce label function to edit the name of label for a particular event. Ericsson, who are based in a different facility, also had the ability to label signals which will display on the multiviewer at Fox Sports.