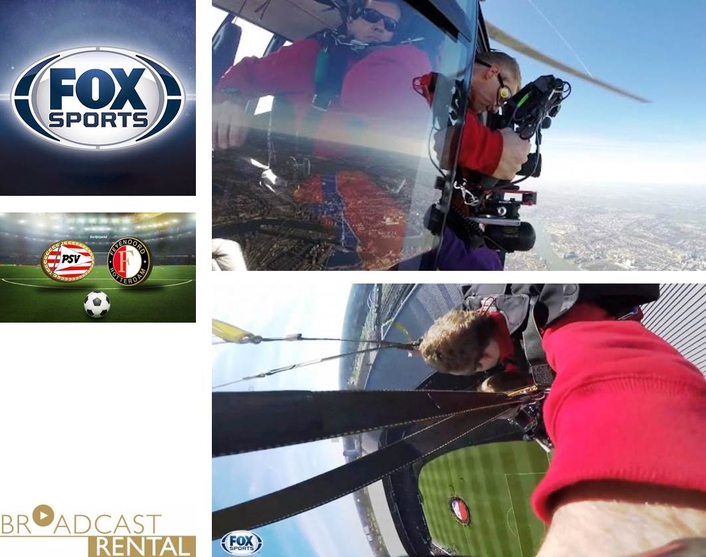 When the plan arose for cameraman Ben de Graaf to jump out of a helicopter and follow the players as they emerged from the tunnel, join into the huddle and get ready to play, Broadcast Rental was approached to help out. A specially designed gyro-stabilized camera rig was created for the Canon C300 camera. 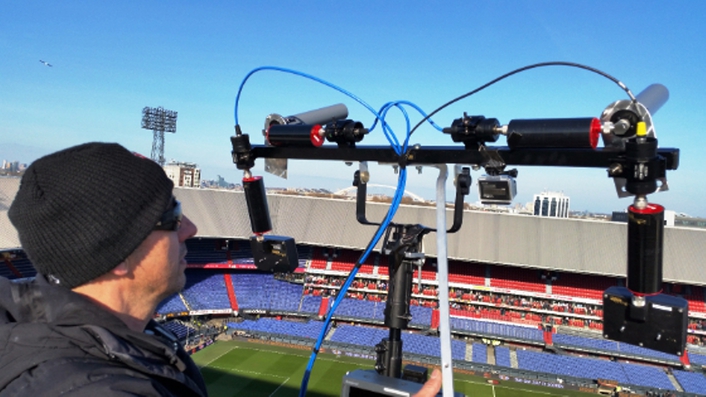 To bring the signals back to the OB truck, Broadcast Rental put 2 helix antennas plus an additional 80 degree antenna on the roof of the Feyenoord stadium to follow the helicopter and the tandem-parachute as it descended into the stadium.

Vistacam
For the same match, ChyronHego's VistaCam camera system was deployed in the Feyenoord stadium to bring a panoramic picture to the Fox Sports studio in Amsterdam.The VistaCam system offers a unique view into the stadium where the viewer feels like the studio is actually located inside the stadium. 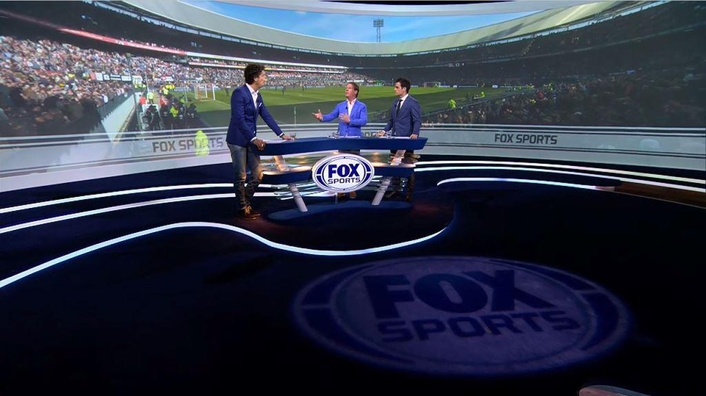 Broadcast Rental
Is a full-service rental house, supplying the needs of professionals in the broadcast industry.
We operate on an international basis. We provide a prompt response, good quality equipment and the necessary support to ensure your needs are fulfilled.