Fox Sports Netherlands' new daily highlights show "Fox Sports Vandaag" debuted this week with graphics reflecting up-to-date sports news and data powered by custom ticker solutions from Reality Check Systems (RCS). Part of a four-year deal with RCS, the systems facilitate a customizable reverse L-Bar graphic that the network's editorial team may instantly edit and populate with real-time player, team and match stats. With an array of templates available on the systems for a wide range of sports, the network plans to use the technology to enliven "Fox Sports Vandaag" as well as other half-time, pre-match and post-match studio coverage of live sporting events, including the 2015-2016 Eredivisie soccer season.

"We're constantly brainstorming ideas to make our broadcasts more exciting for fans, which drove our recent development of a huge new playout facility, as well as this project with RCS. Their team delivers some of the highest pedigree graphics solutions on the market, and we continue to be impressed with their commitment to helping us reimagine the way we reach fans," shared Fox Sports Netherlands Head of Production Henk van Meerkerk. "Not only will these new graphics make for more compelling live coverage for sports fans, but also for match and game replays, all without detracting from the action." 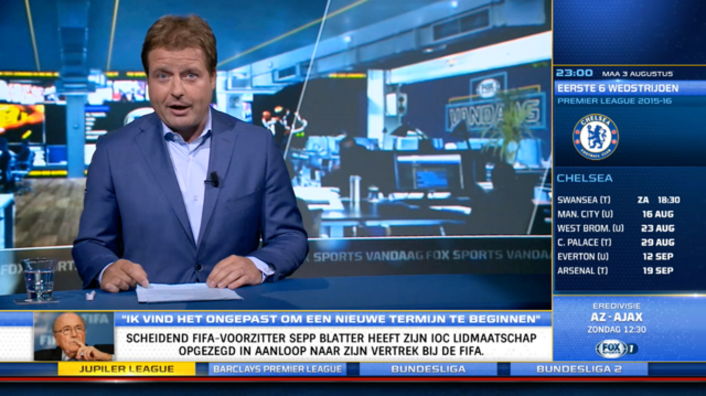 Prior to launch, RCS worked out of its London facility to build the comprehensive graphics workflow, which includes two Vizrt Viz Engines, custom authoring and playout applications, a SQL database and an Opta data parser. The technology allows the network's editorial team to display and populate the reverse L-Bar graphic with desired news and stats before, during and after live and repeat match programming. An intuitive UI simplifies the manual entry of news into the different components of the L-Bar - a side wing, bottom ticker, topic bar and promo carousel - and makes it easy to adjust the content of the playlists or add new items on the fly. As part of the deal, RCS will also provide on-site support and system updates throughout the four-year arrangement, and deliver a solution to allow multiple system users to adapt content from remote locations. 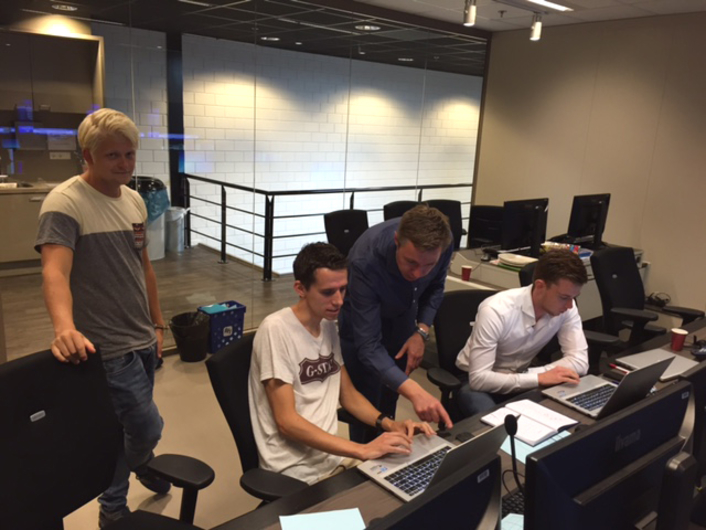 "Working with Fox Sports and its partners is always an enjoyable experience. We're excited to help them become the first network in the Netherlands to implement an ambitious, versatile reverse L-Bar package, and to work with them to adapt it for multiple programs and new ideas," said RCS Project Manager David Peacock. "We were able to create a flexible, easy-to-use setup that delivers a consistent look for the brand across the Fox Sports output, while also adding new tools to their production arsenal that allow them to better engage viewers."

The new deal follows RCS' delivery of a series of cosmetic and functional improvements to brighten Fox Sports Netherlands' in-house graphics package, which will debut as the Eredivisie season kicks off this week. 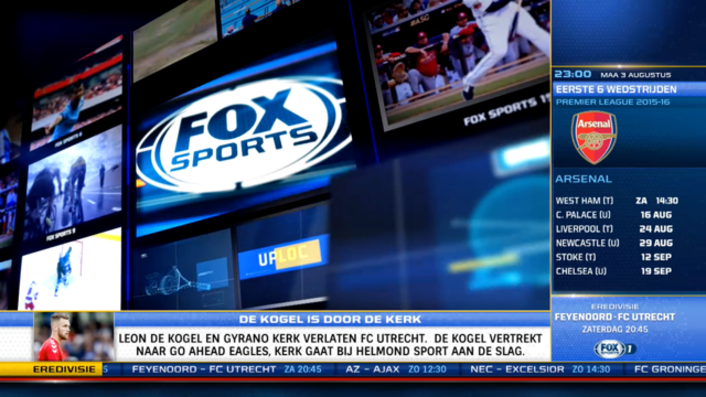 The new deal follows RCS' delivery of a series of cosmetic and functional improvements to brighten Fox Sports Netherlands' in-house graphics package, which will debut as the Eredivisie season kicks off this week.