Audio-video technical management and client support company TV Tech, Inc. launched its first remote audio production truck in 2016, recording and mixing a 14-show music concert series for Verizon’s GO90 live streaming service, and has been a major player in broadcast production for concerts/entertainment ever since. The company has now relaunched the 5.1-channel surround music mix truck after installing an infrastructure of RedNet Dante™-networked audio interfaces from Focusrite.

This new interface system feeds dual 128-track recording systems over a Dante audio-over-IP network. TV Tech, Inc. made the decision to install a Dante-enabled RedNet system based on the reputation of both Focusrite and Audinate’s network protocol. Kevin Hartmann, TV Tech, Inc.’s technical manager/project manager, notes, “We specifically designed the truck, which we call ‘TV Tech Unit #1,’ to handle the needs of clientele in the entertainment industry, whether it’s a high-profile broadcast event, a live concert, or an opportunity for live remote recording.” 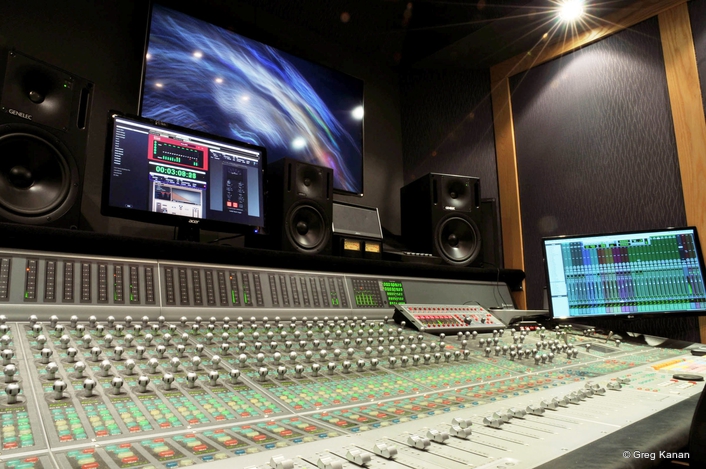 A closeup of the console in the interior of the remote audio production truck operated by TV Tech Inc., connected via RedNet Dante™-networked audio interfaces from Focusrite.

TV Tech, Inc. music mixer Thom Cadley notes that, after watching various audio-over-IP protocols emerge over recent years, “We concluded that Dante was the most embraced, so we felt that was a pretty easy call to make. I’ve been a big Focusrite fan for years and years, back to the analog days,” states Cadley. He was chief mixing engineer at Sony Music Studios in New York for many years and has extensive TV live music mixing credits, including The Concert for New York City, for which he received a TEC Award; An All-Star Tribute to Johnny Cash, which earned him an EMMY® nomination; and the PBS concert series Sessions at West 54th. “I love the way Focusrite products sound, their reliability and the overall engineering. It was pretty easy, once we decided to go in the direction of Dante, to integrate as many Focusrite products as we could.”

Dave Hewitt originally built the custom 39-foot Peterbilt rigid box truck, which he named Polar Express, for his Remote Recording Services company in 2006. “Things have changed a fair bit since then,” says Hartmann. “So when Verizon’s GO90 wrapped, Thom got in there, took it apart and put it back together using Focusrite equipment and a lot of Cat 6 cable.”

The truck now includes three Focusrite RedNet D64R 64-channel MADI bridges that can ingest 128 inputs from remote-controlled microphone preamps located at the stage plus 64 inputs from the production truck. Once on the Dante backbone, those signals are available for routing to dual 64-track Avid Pro Tools 12 | HDX3 DAWs and three 64-track JoeCo BBR Blackbox Recorders. Signals are introduced to each Pro Tools system via a pair of RedNet HD32R 32-channel HD Dante network bridge. Hartmann notes, “RedNet created the bridge that allowed us to create a single path from the inputs to the truck to the console and recorders, which ultimately streamlined our workflow and gave us added flexibility.”

The truck includes a variety of speaker systems available for 5.1 and stereo monitoring, including Genelec, JBL, DynAudio and K+H. Each 64-track DAW interfaces to the Avid ICON control surface’s XMON monitor management system via a RedNet A16R 16-channel analog I/O interface and converter. Offering additional local input and output options, TV Tech Unit #1 also houses a second RedNet A16R, a RedNet D16R 16-channel AES3 I/O, and another RedNet D64R MADI-to-Dante bridge. Hartmann notes, “The A16R’s, as a D-to-A, just sound superb. We use them in the truck for monitoring, because some of our monitors require analog inputs. We’re also using them to enable the insertion of analog equipment into the signal chain, and we’re also using them as a outbound path from the truck, should another interface require an analog signal.”

With two complete 128-channel Pro Tools and JoeCo recorder systems available, says Cadley, “We can scale them however we need them. Because we are using Pro Tools and the ICON, it’s like having two consoles and two entire recorder setups in the truck. With the push of a couple of buttons we can go from stage A to stage B in a very scalable way. It could be a big stage with 100 inputs and a small stage with 28, or any combination thereof.”

Having changed out the analog cabling for Cat 6 runs, TV Tech, Inc. significantly reduced the truck’s weight. “There are piles of cables upstairs in a spare room,” says Hartmann. “With the addition of Dante and RedNet interfaces, our workflow has been completely streamlined, and we are now in a position to offer clients an enhanced level of service.” 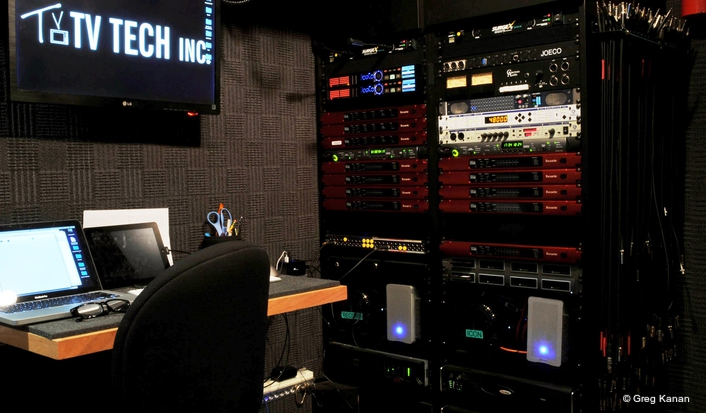 To connect to the stage over long distances, continues Hartmann, “We use single mode TAC4 fiber with Neutrik Opticon™ Quad connectors. We own a lot of single mode fiber for video, so it made sense for us to get the RedNet boxes with single mode connections. That way, all of our fiber in-house is basically the same.”

With the truck newly renovated, TV Tech, Inc. is now busy marketing its services, and already has some interested clients. “Once everybody sees it, the word is going to spread,” says Hartmann. “It won’t take long with this truck — it’s so beautiful.”