“RedNet is helping position us for the future.”
Microsoft Production Studios has expanded its existing RedNet infrastructure at its Redmond, Washington compound, where full-service, state-of-the-art facilities provide all of the resources necessary to produce end-to-end media solutions for Microsoft and third-party clients 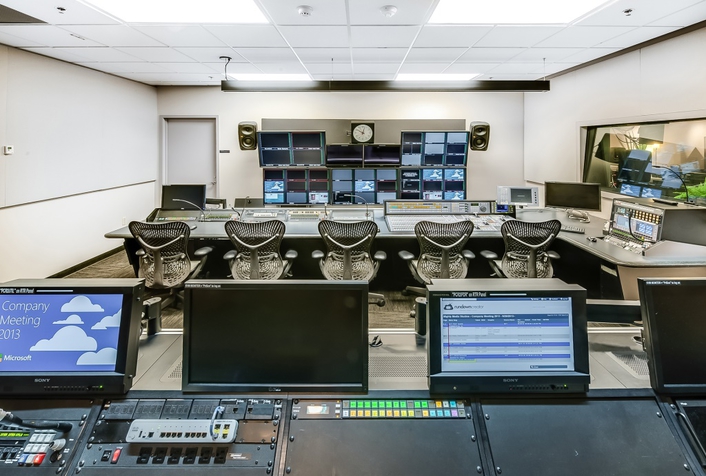 Microsoft Production Studios represents one of the largest RedNet installations, with RedNet units in use at that facility for over a year; it is also one of the first customers to take delivery of the newly introduced MP8R and D64R. With a mandate to act as the media hub for the computer giant, Microsoft Production Studios communicates product launches and corporate presentations to its staff around Washington and the world. To keep this mission-critical facility at the leading edge, Microsoft moved to a networked-audio signal transport paradigm, utilizing Cisco® switches and a fiber backbone. There are now over 100 Dante-enabled audio units on that network, including – and necessitating – the growing number of Focusrite RedNet modules. “Eighty of those are on full-time, twenty are in use part-time and twelve others are used remotely,” explains John L. Ball, Systems Engineer at Microsoft Production Studios. “The MP8R’s are already integrated into the network and are working great, and the D64R MADI units will be put to use as soon as they arrive.”

The RedNet MP8R Mic Pre Amp is based on the successful RedNet 4 eight-channel Mic Pre Amp but is now housed in a 1U chassis.  MP8R features selectable impedance for Mic splitter optimization and two Dante  outputs - one direct and the other automatically gain compensated.  MP8R is the first and only Dante Mic Pre to enable different brand digital consoles to be connected to the same device.  MP8R may be discovered and routed directly from Yamaha® Cl/QL ranges. 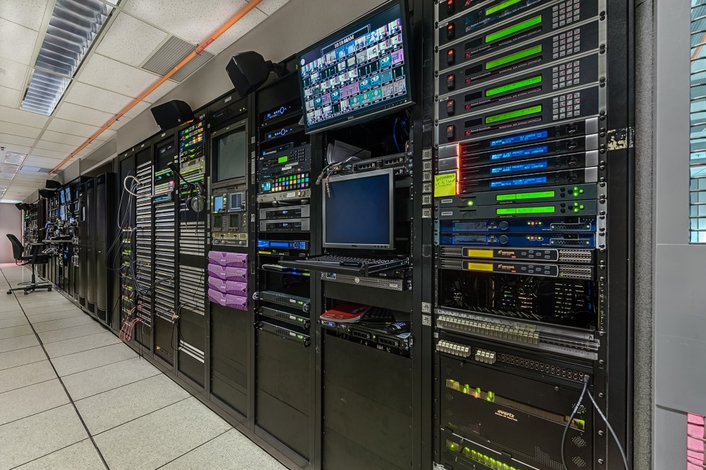 The MP8R mic pre amps create a solid Ethernet connection for the Dante-enabled Yamaha and Solid State Logic® digital mix consoles used at the facility, and the D64R’s will soon act as a MADI bridge directly to the Miranda® HD router, which results in 384 channels of digital audio. “The RedNet units have helped reduce our set-up time for projects, too,” says Ball. “What once took two to three days now takes two to three hours, which really improves overall productivity here.” In an especially unique application, Microsoft Production Studios embeds audio from RedNet into the studio’s RTS/Bosch® intercom system, allowing the integration of IFB into the network and easy programming of mix minuses, as well as hot mics to intercom panels. The RTS OMNEO option allows the audio to be merged into the Dante streams. “RedNet is helping position us for the future,” says Ball. “Its performance is everything we expected and then some. These new units take RedNet to whole new level.”

Focusrite Novation Inc. president Phil Wagner comments, “We are excited that Microsoft has chosen RedNet consistently for their mission-critical facility.  Redundancy is essential for Microsoft Production Studios’ operation, and the new RedNet units therefore suit their purposes well.   Prominent broadcast production facilities are integrating RedNet with the RTS Omneo option.  We are pleased to see Microsoft leading the way.”