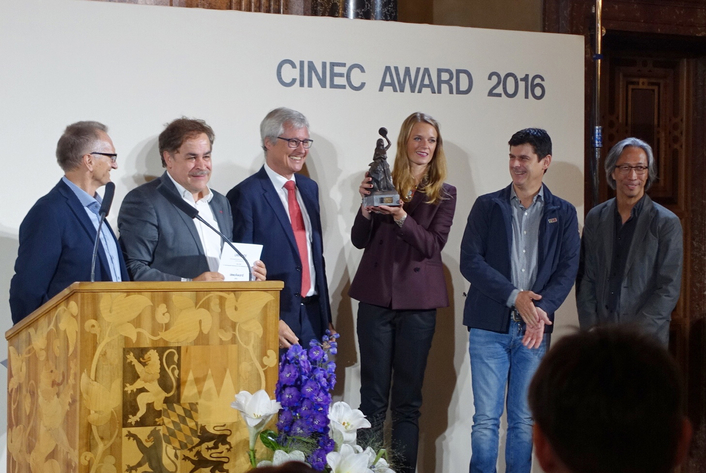 Transvideo is proud to have been chosen to receive the prestigious Cinec Award this year for its StarliteHD5-ARRI monitor-recorder in the category of Camera Technology / New Digital Capturing Tools. The Cinec Award is a unique prize for outstanding achievements and innovations in the fields of motion-picture technology and postproduction. The prizes were judged during the Cinec Expo in Munich by industry experts that included Hollywood cameraman Klemens Becker and lighting director Stuart Gain.

The Starlite HD5 ARRI is just one of a series of innovative high technology monitor products from the French manufacturer Transvideo which have raised the role of the monitor to become a multi purpose unit capable of recording dailies and metadata, generating PDF reports, and equipped with quickly accessible practical tools to aid all those involved in the fields of cinematography and broadcast. The Starlite HD5-ARRI goes one step further by adding the facility to control key camera functions from the touch screen interface of the monitor directly for the popular ARRI cameras AMIRA and ALEXA-Mini. Constructed from aviation-grade aluminum, the rugged StarliteHD5-ARRI monitor is the size of a smartphone and weighs less than 200 g.

Jacques Delacoux, CEO of Transvideo and sister company Aaton-Digital said "We are very honoured to receive a Cinec Award this year. This award is a direct result of the hard work put in by all the team at Transvideo, who continue to innovate and bring exciting new products forward. This is an important achievement for us and we are proud that the Starlite HD5-ARRI is receiving this great industry recognition. It is the third Cinec Award received by our group, one in 2010 for the CineMonitorHD-3DView and its stereoscopic tools, the other for the Aaton-Digital Audio recorder CantarX3 in 2014 and now this one."

Just prior to Cinec, at IBC 2016 Transvideo launched the new Stargate monitor recorder, a landmark 7” new generation high end monitor-recorder offering new technology and functions in a compact and rugged, camera-mountable package. Stargate is full HD, 4K/6G compatible, and is an essential production tool for directors, DOPs, focus-pullers, technical directors, engineers and others involved in cinematography and broadcast. 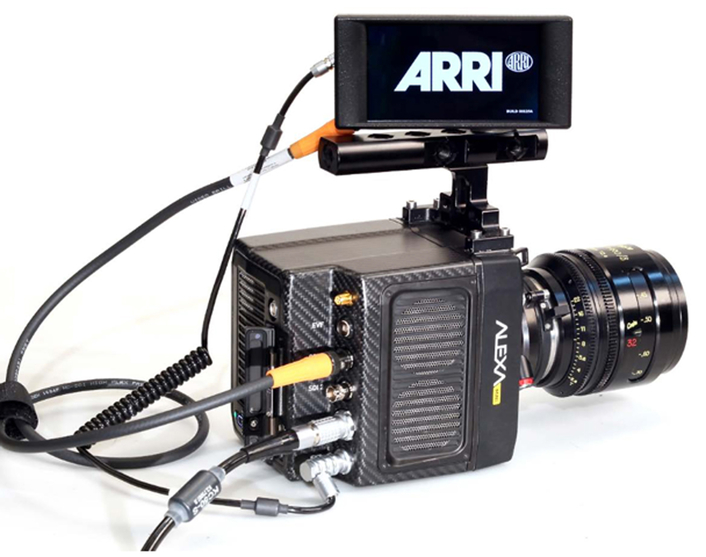 New also at IBC, StarliteRF is a 5” lightweight 3G-SDI touch screen OLED wireless monitor-recorder with built-in wireless receiver, supplied with the small but powerful transmitter TitanHD2 Tx. It’s a state of the art, unique system giving a reliable connection in seconds, and already being adopted by the motion picture and broadcast industries as well as rental companies. The wireless video connectivity is low loss and without any transmission delay.