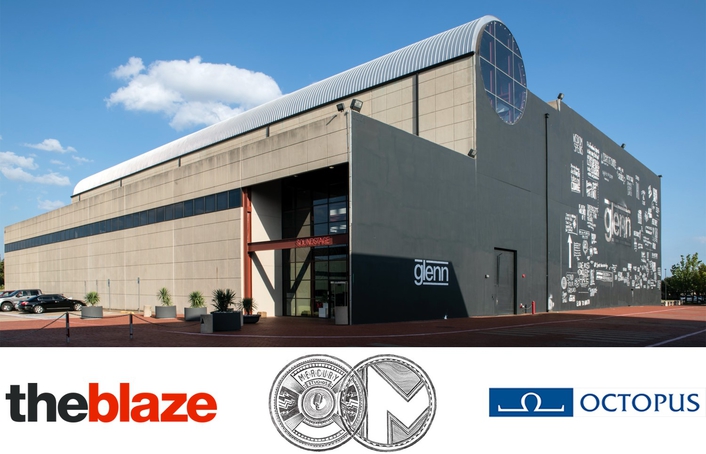 Multiplatform news and entertainment network TheBlaze has ordered an Octopus 8 newsroom computer system for installation at its headquarters in the Mercury Studios building, Las Colinas, Dallas. The project forms part of the network's relocation of its radio broadcast facilities from New York to Dallas.

Founded in 2012 by talk radio personality and entrepreneur Glenn Beck, TheBlaze is a multi-platform news and entertainment network available on television, radio and the internet. TheBlaze is carried by over 100 television providers, with eleven of those being in the top 25 nationwide.

"Octopus was appealing to me because it is lightweight and very flexible," comments Christian Vang, director of engineering and IT at TheBlaze. "It is also one of the very few news products that works well with the new 'mobile workforce' concept, without needing a lot of back-end systems to drive it. This, by its nature, reduces cost. I also very much liked the fact that it is multi-platform rather than PC-specific as more workplaces are demanding Mac computers. Finally, I very much liked the Octopus workflow which fits into a traditional newsroom and answers the call of new digital media platforms as well."

Octopus 8 streamlines operations and workflows by allowing newsrooms to collaborate with other teams and deliver stories in multiple formats for the widest possible audience. Tweets and Facebook posts are treated like any other news story with team managers able to assign and share tasks, and to approve posts before they go live.

Octopus 8 is a complete suite of newsroom computer software designed for use in television, radio and online news broadcasters. It allows easy ingest of all incoming source materials such as news agency wires, RSS feeds, emails, SMS messages or even faxes. Such feeds may also contain images, video files or audio files. Octopus 8 can display all content belonging to a feed in a single view. A powerful relational database with SQL enables users achieve their goals faster. With its topic-centric workflow, Octopus helps different teams within TV, radio and online portals work collaboratively on current affairs programmes and news items.

Among the advanced features offered by Octopus 8 are visual story history and version comparison plus the ability to separate the spoken script from the technical information. Octopus samples each anchor's reading speed and then calculates the on-air time accurately as it feed the teleprompter. It can be integrated into any environment and workflow that supports the MOS protocol.

Octopus 8 is designed to run natively on Apple Mac OS X, Linux or Windows so there is no need for a parallel operating system, additional licensing or remote sessions. Hot-standby servers can be added, offering automatic client switchover if the main server is offline. An easy to use REST API allows customers to build their own applications which can communicate and exchange certain data with the newsroom system.

Octopus Newsroom
Established in 1999, Octopus Newsroom is a leading producer of newsroom computer systems for the television broadcast industry. Founded on the principle that journalists should enjoy making news, Octopus Newsroom produces the software broadcasters use to deliver fast, complete and captivating news in the world. From New York to Hong Kong, from Sao Paulo to Moscow, the company helps thousands of users daily to bring the latest news on air.
With over 200 customers and 50 MOS partner companies, Octopus Newsroom has successfully installed newsroom systems for many leading broadcasters around the world. These include DirecTV Root Sports in four cities across the USA, NTD TV in New York City, Vice Media in Brooklyn, NY, Euronews in France, Bloomberg throughout South East Asia and Mediacorp in Singapore. Based on Unicode, Octopus Newsroom products support all major character sets.