Astro AWANI, a 24-hour news network produced for viewers in Malaysia and Brunei, is the latest broadcaster to upgrade its newsroom infrastructure to Octopus 8.

"Octopus 8 is highly compatible with our Grass Valley broadcast system," comments Astro AWANI’s head of operations, Tanuja Singh. "It also offers many advantages including the ability to handle social media sources just as easily as the traditional spectrum of news feeds.

"Octopus 8 is a software-based system which integrates easily into our existing workflow, making the transition from Avid iNews to Octopus very easy for our newsroom staff. The management reporting tool helps track the productivity of the newsroom in terms of story creation, duration of selected stories or topics on air. The Octopus team provided strong support during a detailed pre-sale demonstration of the system, giving us every confidence that Octopus 8 will meet our current need as well as being fully scalable for the future.

"Our operators find the Octopus graphic interface very efficient to work with, including fast access to archived files and the ability to get stories to air quickly. On the engineering side, Octopus connects easily with our existing broadcast equipment and our IT network. It is equipped to process incoming wires, RSS text and metadata, email and online social networks. Our digital newsroom team are also impressed with the user-friendly application on mobile devices, allowing reporters to share video and still images to television and web platforms easily and a lot faster. We look forward to using Octopus 8’s flexibility in handling future IP-based news sources as these emerge in coming years." 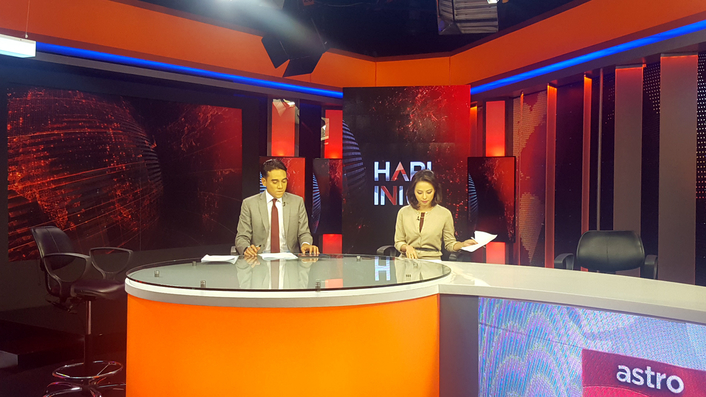 Available for Apple OS X, Linux and Microsoft Windows operating systems, Octopus 8 gives newsroom staff the ability to ingest all incoming audio, video and still-image files, news agency wires, RSS feeds, emails, SMS messages and even faxes. All content relating to a specific task can be seen in a single view. Octopus 8 is fully MOS compliant so can be integrated into any environment or workflow that supports the MOS protocol. Octopus 8 integrates easily with existing and new MOS devices. It fully supports placeholder workflow, thumbnails and proxy preview, item status, channel assignments and many other commands.

Astro AWANI, Channel 501, was launched on September 6, 2007 in conjunction with the 50th anniversary of Malaysia’s independence. It is now the number one 24-hour news channel in Malaysia. Astro AWANI produces live news, business and sports bulletins around the clock from the heart of Kuala Lumpur, backed by a network of seasoned broadcast journalists and correspondents in the country.