Octopus Newsroom computer systems have been chosen by 24-hour television channel LifeNews for its headquarters in Moscow and for its sister channel, Life78, which broadcasts from studios in St. Petersburg. Both projects are being supervised by Moscow-based system integrator Studio Systems.

"Octopus 8 is much higher level NRCS than the one we used before," says Arseny Kudryavtsev, technical advisor to the Life News CEO. "It is flexible in configuration and a functionally very powerful tool that really helped to optimise our workflow. Now we have almost unlimited expansion capabilities. We can very quickly fine-tune the system to create new departments, implement radio and internet broadcasting, configure for our regional branches and so forth. The mobile version of Octopus is very convenient for remote correspondent offices and rooms for announcers. The Octopus API allows us to integrate the NRCS more closely with our own developments and applications: web-platforms, publishing, notification systems, planning and reporting. My colleagues and I look forward to a long partnership with Octopus team, working together to advance the whole style of broadcasting." 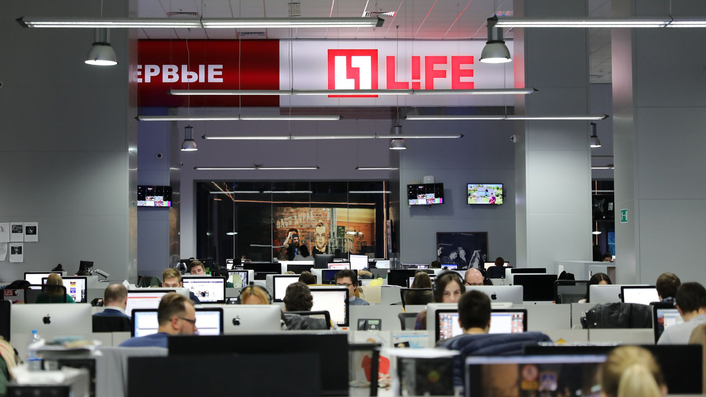 "The management and engineering teams at Studio Systems have proved highly efficient on previous projects for Russian broadcasters so we are very pleased to be partnering with them again," says Octopus Newsroom sales direct Gabriel Janko. "They have designed and installed a complete newsroom solution for each location, closely integrated with editing, graphics and playout infrastructure. Both channels are upgrading from third-party equipment. Each newsroom operates entirely independently but has the option of connecting its respective Octopus 8 systems to allow fast and efficient sharing of content between the two sites."

Octopus 8 also offers advanced features including visual story history and version comparison plus the ability to separate the spoken script from the technical information. Octopus samples each anchor's reading speed and then calculates the on-air time accurately as it feed the teleprompter. It can be integrated into any environment and workflow that supports the MOS protocol. Octopus is designed to run natively on Apple Mac OS X, Linux or Windows so there is no need for a parallel operating system, additional licensing or remote sessions. Hot-standby servers can be added, offering automatic client switchover if the main Octopus server is offline. The hot-standby server is set up to run simultaneously with an identical primary server. An easy to use REST API allows customers to build their own applications which can communicate and exchange certain data with the newsroom system. Manual and automated exports and imports are also supported.

Established in 1999, Octopus Newsroom (www.octopus-news.com) is a leading producer of newsroom computer systems in the TV broadcast industry. Founded on the principle that journalists should enjoy making news, Octopus Newsroom produces the software that broadcasters use to deliver fast, complete and captivating news in the world. From New York to Hong Kong, from Sao Paulo to Moscow, the company helps thousands of users daily to bring the latest news on air. 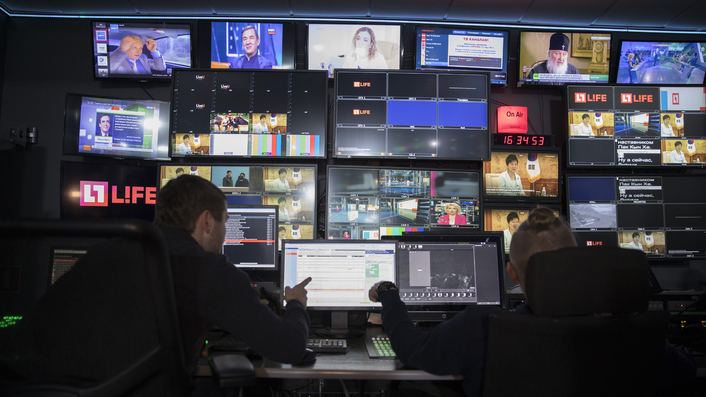 Octopus Newsroom has successfully installed newsroom systems into more than 200 channels around the world. These include DirecTV Root Sports in four cities across the USA, NTD TV in New York City, Vice Media in Brooklyn, NY, Euronews in France, Bloomberg throughout South East Asia and Mediacorp in Singapore. Based on Unicode, Octopus Newsroom products support all major character sets.