BeckTV played a critical role in providing essential systems design, installation, and integration for the facility, which has been called the "State Capitol of Public Media" by many. In this time of great community need for resources and information, the Buell Public Media Center allows RMPM to better serve Colorado with substantive upgrades to prior technology by BeckTV. These technology improvements position RMPM to better fulfill its mission through increased access and connectivity for all RMPM media platforms to better reach, engage, and amplify the voices of Coloradans statewide. 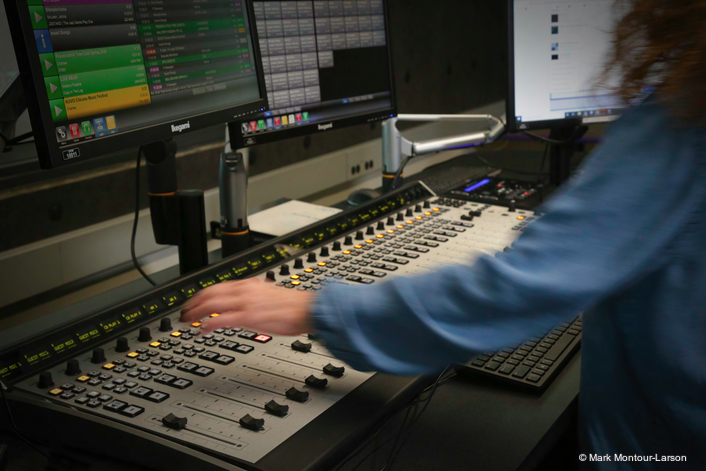 The Buell Public Media Center was made possible through a capital campaign that was launched by RMPM in 2016. The result is a media and community center that houses RMPBS; KUVO JAZZ and THE DROP; the 124-seat MASTERPIECE Studio for community events, screenings, and discussions; The Tim Gill & Scott Miller Green Screen Studio; the Bonfils-Stanton Broadcast Studio for live performances; the Community Media Center for collaborative productions; and The Metzler Family Learning Center, a children's learning and programming center complete with classrooms, volunteer offices, and conference rooms.

"The vision of our leadership under CEO Amanda Mountain and the RMPM board of directors was to create a facility that would continue to position public media as the center of essential, trusted, local storytelling and journalism to maximize the benefit for all Coloradans," said Doug Houston, chief technology officer, RMPM. "It was critical that we selected a technology integration partner who shared this vision, and BeckTV was absolutely the right choice. Their engineering team's deep and broad knowledge of technology-forward integration solutions for call-letter TV and radio stations is the best in the industry, and partnering with the BeckTV team has been a valued and rewarding experience." 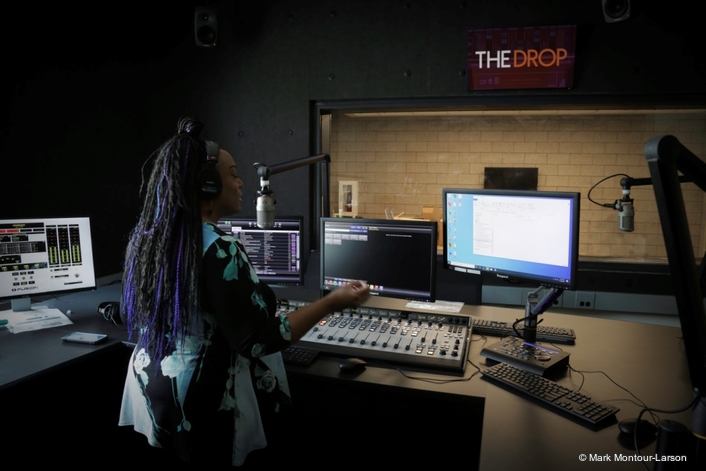 Amerykah Jones From KUVO's The DROP in the New Studio

BeckTV designed, installed, and commissioned the entire broadcast infrastructure for the new facility to position RMPM to be a leader in media technology. This includes an HD video core from Evertz with AES-67 and Dante audio, IP-based Axia Audio consoles from Telos Alliance, and HD PTZ cameras from Panasonic. PBS network programming and NPR audio services are downlinked from 4.5m and 3.8m rooftop antenna packages from Efficient Antenna Systems. 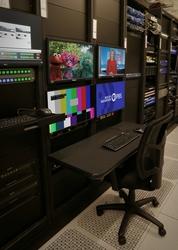 "The Buell Public Media Center is an important and essential resource for Denver. Not only does the new facility allow RMPM to better serve the community through a central location, but the technology upgrades ensure better access and connectivity for all of its channels to serve the Colorado community for decades to come," said Fred Beck, president, BeckTV.

"The Buell Public Media Center is an important and essential resource for Denver. Not only does the new facility allow RMPM to better serve the community through a central location, but the technology upgrades ensure better access and connectivity for all of its channels to serve the Colorado community for decades to come," said Fred Beck, president, BeckTV.

This past May, RMPM began broadcast operations in the new facility and has been staggering the timing of the relocation of all of the stations' operations to ensure safety of all staff and the community while following social distancing guidelines.

About BeckTV
BeckTV is one of the United States' premier design-build systems integrators. With more than 30 years of experience, BeckTV has designed and built more professional television facilities for more customers than any other systems integrator. In virtually every application from broadcast and cable networks, local TV stations, sports trucks, and stadium venues to educational institutions and houses of worship, BeckTV uses a collaborative approach to assure successful outcomes, on time and on budget. The company maintains full-service offices in Denver, New York, Austin, as well as an engineering office in Washington, D.C.