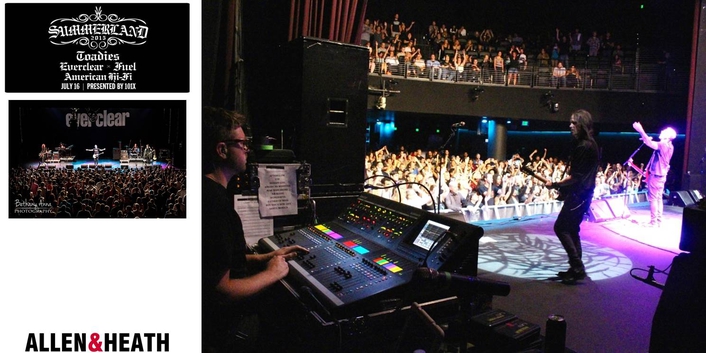 John Riley at the Monitor Position/Everclear/Crowd

Alexakis gives credit to the iLive systems – comprising iLive-T112 Control Surfaces and iDR-32 MixRacks - for playing a huge role in the success.

“We have used Allen & Heath for the last couple of years and the sound has just been phenomenal. I am so glad to be able to use them on every tour,” says Alexakis. 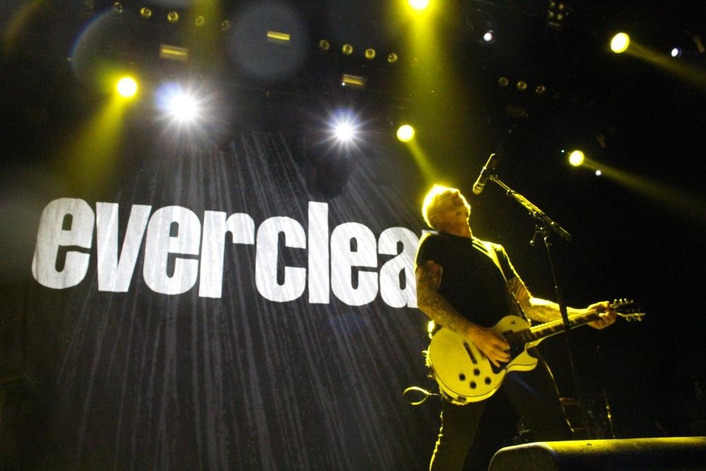 According to Derek Steinman, Production Manager/FOH of Everclear/Summerland Tour, iLive provides superiority in sound that surpasses the competition.

“We carry two Allen & Heath iLive T-112 surfaces and two iDR-32 mix racks for FOH and monitors. The board sells itself, and I can just hit the ground running. This console allows me to be connected to the band and get a focused mix at the same time,” said Steinman. 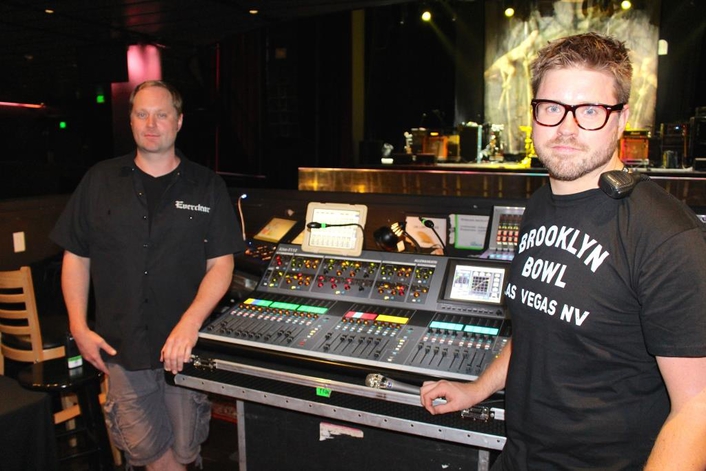 “We only wanted this brand. It’s simple and I personally favour the side chain filters and side chain compressions. I recommend Allen & Heath to all my engineering friends!” says Riley.