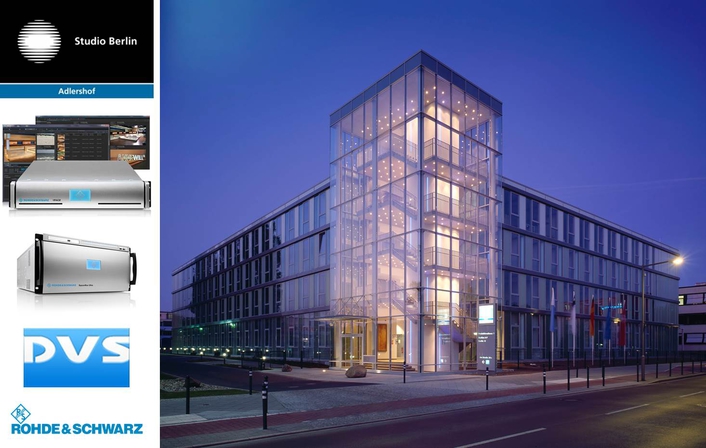 When expanding its infrastructure, Studio Berlin again decided in favor of systems from Rohde & Schwarz DVS. The R&S VENICE ingest and production platform will provide the TV production company with additional flexibility that it will use specifically for content ingest and playout. R&S SpycerBox Ultra TL will enhance the studio's current storage capacity to meet growing requirements.

The R&S VENICE ingest and production platform offers four channels and is responsible for essential in-studio transmission tasks such as ingest and playout. The transform option will help editors at Studio Berlin-Adlershof speed up their processes. R&S VENICE allows repetitive settings to be saved as presets and scenarios, enabling time-saving, convenient operation and fast response to changing production requirements. The user-friendly user interface also improves efficiency by clearly displaying work steps, making it easy for users in various departments to operate the ingest and production platform. 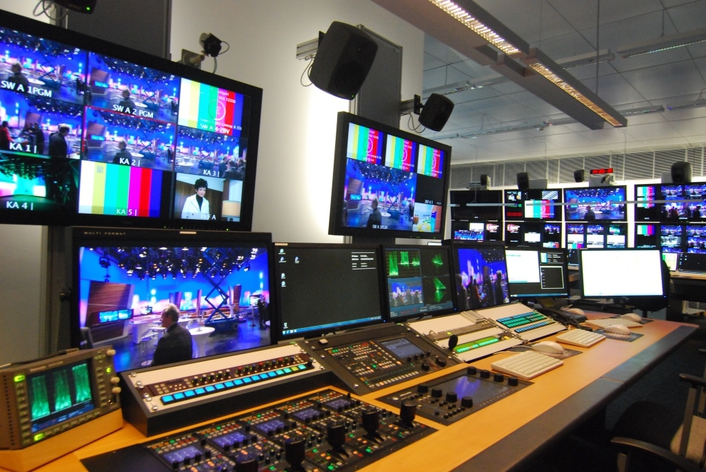 In addition to the extra speed, Studio Berlin-Adlershof will also benefit from more secure workflows. Thanks to the dual destination recording feature integrated into R&S VENICE, content can be stored in two separate memory environments per channel. This ensures that valuable material is securely stored even under hectic live broadcast conditions.

Ralf Helbing, head of IT at Studio Berlin-Adlershof: "We have relied on systems from Rohde & Schwarz DVS for years. That is why it was a given that we would use their systems for our infrastructure as well."

André Vent, DVS sales manager at Rohde & Schwarz: "We are very pleased that we could help Studio Berlin-Adlershof scale up their infrastructure and optimize their workflows."

Detailed information on the initial installation at Studio Berlin is available in this case study.

Studio Berlin
Studio Berlin-Adlershof GmbH is a studio and TV production company located in Berlin-Adlershof. With nine TV studios (two independent HD regions) and five HD outside broadcast vehicles, Studio Berlin- Adlershof is one of the largest TV service providers in Germany. With 130 employees, it has provided a reliable production environment for the technical implementation of shows and events as well as movie and TV formats since 1998. Its current studio projects include "The Voice of Germany", "Anne Will", "Hart aber Fair", "Willkommen bei Mario Barth" and "Klein gegen Groß".

Rohde & Schwarz
The Rohde & Schwarz electronics group offers innovative solutions in the following business fields: test and measurement, broadcast and media, cybersecurity, secure communications, radiomonitoring and radiolocation. Founded more than 80 years ago, this independent company has an extensive sales and service network and is present in more than 70 countries. The electronics group is among the world market leaders in its established business fields. On June 30, 2015, Rohde & Schwarz had approximately 9900 employees. The group achieved a net revenue of EUR 1.83 billion in the 2014/2015 fiscal year (July to June). The company is headquartered in Munich, Germany, and also has strong regional hubs in Asia and the USA.