Stage Tec at the Hamburg Open 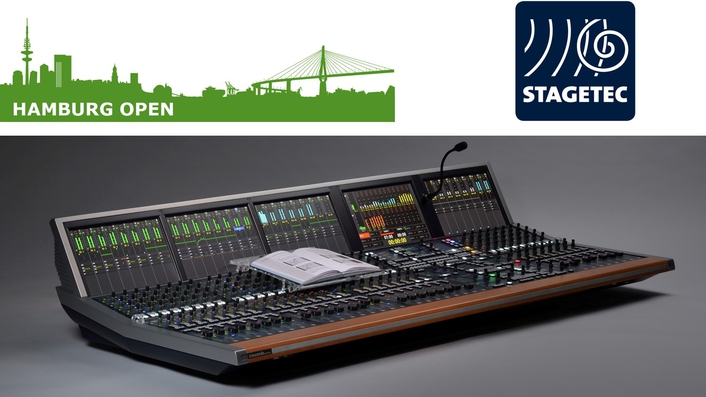 Stage Tec, the Berlin manufacturer of professional audio mixing consoles and routers, is attending the Hamburg Open for the first time. The industry event for broadcast and media equipment professionals is hosted by system integration company Hamburg MCI. On 19th January, Stage Tec is presenting the new capabilities that CRESCENDO platinum gains with Platinum DSP and a NEXUS audio network. The audio DSP unit multiplies the mixing console's processing power and enables resource intensive production formats such as 5.1 mixes with a total of 128 buses at 96 kHz.

The processing unit is fully backwards compatible and increases the number of channels for existing mixing consoles. Each channel strip features a very long delay, with over 1000ms of delay possible – more than enough to accommodate any run-time adjustments in everyday operation, such as compensating for the picture and sound sync offset of wireless HD cameras.

Alex Nemes, Sales Manager at Stage Tec, is convinced of the DSP unit's potential. "New installations and existing customers benefit equally from our new audio processing. Platinum DSP is not only more powerful but also more cost-effective than its predecessors!" Customers looking to benefit from the new Platinum technology need only replace one type of board. It is not only the large mixing consoles with high channel counts that gain from Platinum DSP. In smaller installations, the more concentrated DSP frees up space in the NEXUS STAR for additional MADI or network boards.
Jens Kuhlmann, responsible for planning and customer support at Stage Tec, will give a presentation in German at 4:45 p.m. on the topic "How different audio network technologies are used when planning systems".