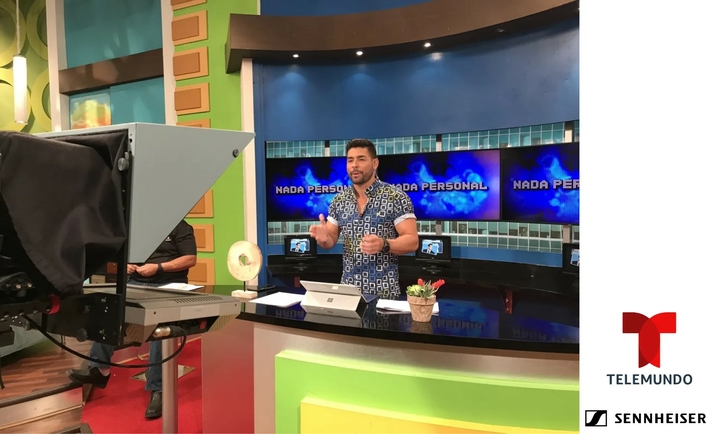 WKAQ, owned and operated by the Telemundo Group and the largest and longest-running television station in Puerto Rico, has laid the foundation for its next phase of audio equipment upgrades with the implementation of a Dante-enabled Sennheiser Digital 6000 wireless microphone system and facility-wide networked antenna installation. Conceived, installed, and commissioned by San Juan-based equipment provider AVL Group and custom-designed by Sennheiser, the new system provides seamless wireless microphone coverage throughout the building’s eight television studios and outdoor production areas.

“WKAQ wanted talent to be able to walk from Studio 1 all the way through the hallways and rear corridors to Studio 8 and have perfect, broadcast-quality coverage all the way,” says Sennheiser’s Andrew Kornstein, Customer Development and Application Engineering, Americas. “It was a very complex requirement. This is not just something that we have in the catalog.” 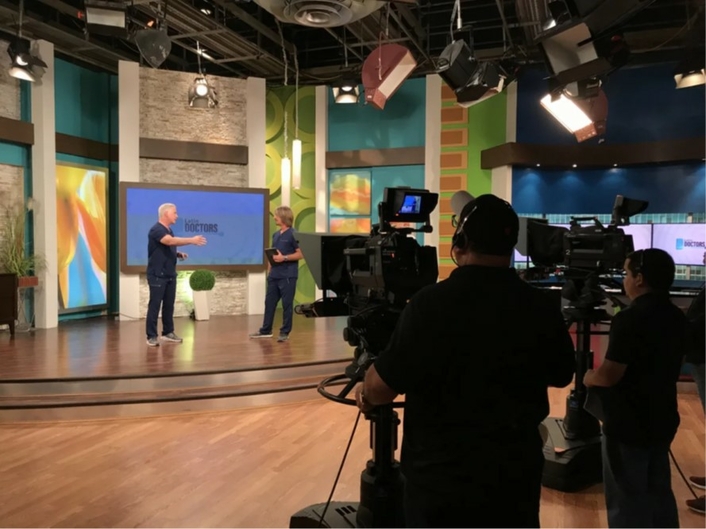 Alexander Rojas, AVL Group’s Vice President reports that WKAQ-TV wanted to be able to access any production audio source in the building from any control room. Those sources can include the on-air talent, who sometimes move between studios. Now, with Sennheiser’s facility-wide coverage seamlessly covering the studios, hallway, lobby and outdoor areas, Rojas says, “They don’t have to switch microphones, because the whole system is on a network.”

Further, with the new networked Sennheiser setup, each control room is no longer limited to the number of wireless microphone channels installed in the studio but can scale the system up if a production demands it. “It’s just a matter of audio routing,” says Rojas. 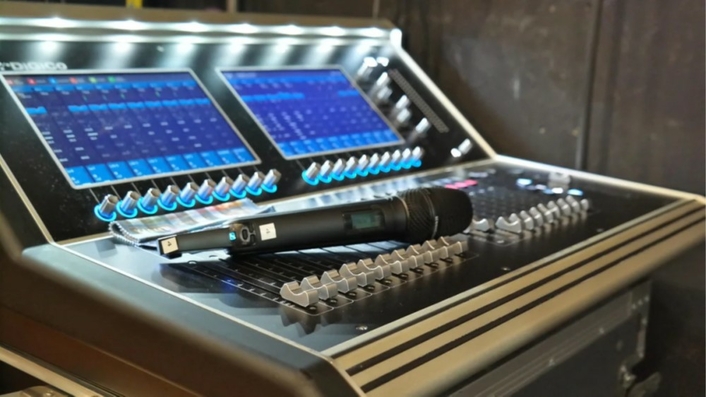 There are three wireless microphone receiver racks — one in Studio 2 that also serves Studio 1, another in Studio 3 that also serves Studios 4 and 5, and a third in Studio 8. Studios 6 and 7, which share a control room, are currently unused. AVL Group pulled more than 8,000 feet of cable for the project, reports Freddie A. Rojas, who led the firm’s post-sales engineering and commissioning team.

Studios 1 through 5 are used to produce WKAQ’s original programming, which includes a weekly comedy sketch show, game shows, an entertainment news show and political news analysis. Studio 8 is used daily for multiple daytime and nightly newscasts as well as a variety and interview show.

A number of the shows also make use of some of the public areas of WKAQ’s building in their productions. “There is a large hallway that they wanted to sometimes use on the game shows,” says Alexander Rojas. “Also, the cameras can go into the front yard, which is quite nice, and they also do things in the parking lots.” As part of this project, AVL Group also prewired the rear parking lot, he says. 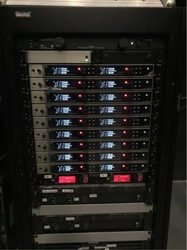 WKAQ had previously standardized on Sennheiser’s 2000 series analog wireless system. “They’ve been a Sennheiser house for 10 or 12 years,” reports Alexander Rojas. Maximizing WKAQ’s prior investment, some of the existing 2000 series antennas were incorporated into the new antenna system. The station also retained an EM 2050 twin analog receiver for use with one show host’s custom-fitted microphone.

The Sennheiser digital wireless project was implemented in three phases, beginning with the wiring, which was done during the week of Thanksgiving 2019. The second phase, installation and commissioning in the individual studios, was completed by year’s end. “After that,” says Freddie A. Rojas, “it was just a matter of coordinating with the customer in order to train the technicians so they could go on-air without stopping any of their productions.”

Puerto Rican industrialist Ángel Ramos founded WKAQ-TV in 1954. In keeping with Ramos’ other endeavors, which included the El Mundo (“The World”) newspaper and his first radio station, WKAQ, known as Radio El Mundo, the television station was named Telemundo. Ramos sold WKAQ-TV in 1983 and in a merger several years later its name was adopted by the NetSpan Spanish-language television network, which rebranded as the Telemundo Group.

About Sennheiser
Founded in 1945, Sennheiser is celebrating its 75th anniversary this year. Shaping the future of audio and creating unique sound experiences for customers – this aim unites Sennheiser employees and partners worldwide. The independent family company, which is managed in the third generation by Dr. Andreas Sennheiser and Daniel Sennheiser, is today one of the world’s leading manufacturers of headphones, loudspeakers, microphones and wireless transmission systems. In 2019, the Sennheiser Group generated turnover totaling €756.7 million