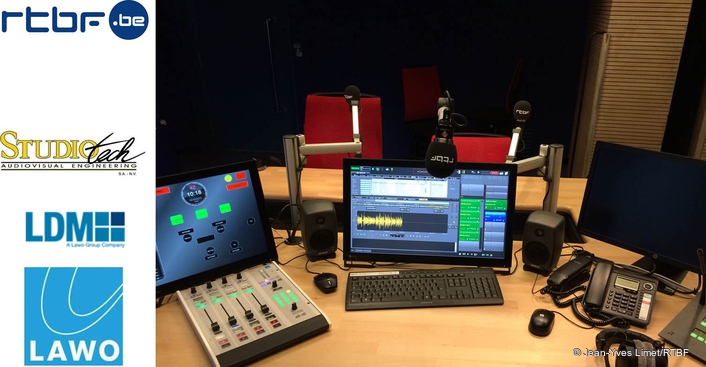 With the development of its FlexiProd project, Belgium’s RTBF is preparing for the future of radio. Described as “an evolution toward digital hybrid smart radio” by RTBF Director General Francis Goffin, the project places 25 Lawo crystal mixing consoles at its core. The scheme involves constructing eight on-air studios and 14 production/editing rooms, and the building of two OB vehicles. It also requires complete reorganization and updating of the broadcaster’s working process, with studios, OB and staff to be ready by September 2015.

“Flexible production is what FlexiProd stands for,” explains Laurent Finet, RTBF’s Director of Radio Production and Digital Innovation. He anticipates eliminating separate presenter, production and technical operation roles: “Ideally, everybody should be able to present a radio program,” he says.

“As a state broadcaster, we are dealing with major challenges as regards the evolution of radio, – visual radio, social media, streaming and podcasts. We must reorganize ourselves in order to allow our staff to think and work differently, and also adapt the tools accordingly.”

“The radio department described the functional project, and we wrote the tenders, tested and bought different consoles or peripherals, and designed the studio furniture,” says Hélène Ronveaux, head of the Radio and Television Audio Equipment team at RTBF’s Direction Générale des Technologies et Exploitations, which is overseeing the project. “We also dealt with supplier contacts, drew up the plans and configured the equipment.”

Where a traditional radio studio setup can be beyond an untrained user, RTBF aims to use automation and user-friendliness to allow operation by non-technical staff. After testing consoles from a various manufacturers, RTBF opted for Lawo’s crystal. 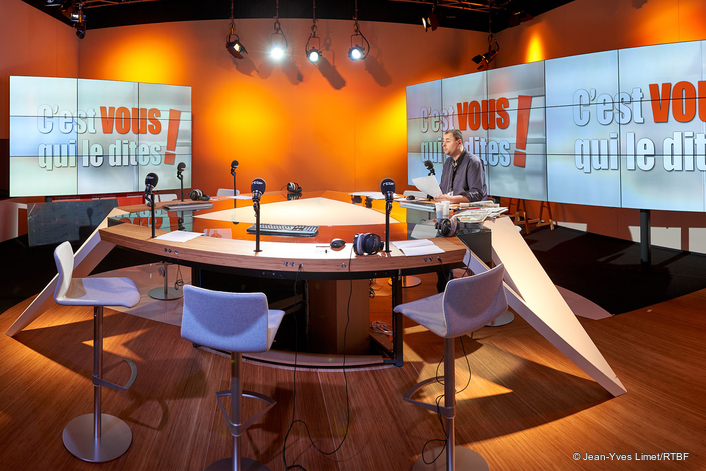 “We have developed a new concept with RTBF, who built a completely new user-interface in our software,” declares Dirk Sykora, Technical Director at LDM. “We were asked to create a kind of virtual console – touchscreen-operable but offering the same functionality. We came up with a solution based on crystal hardware but designed for touchscreen operation.”

RTBF opted for the best of both worlds, equipping each studio with a 4-fader Lawo crystal console and the VisTool operation which offers 16 sources via a touchscreen. “And there’s the Automix feature, which allows for the control of live studio interviews or panel discussions from the touchscreen. Automix adjusts the level of active and inactive mics and manages the mic mix so the presenter doesn’t have to worry about overload or attenuation,” Sykora explains.

RTBF engineers fine-tuned the Lawo consoles according to each individual studio’s needs. Being a Netia user for 15 years, this included installing Netia RadioAssist 8 software suite (with Air-DDO) as its radio automation system. In addition, each of the Lawo crystal consoles and screens are remotely operable and accessible, eliminating on-site operation costs.
According to Finet, FlexiProd is the gateway to smart radio. “Smart radio brings the best possible signal to the listener,” he says. “Tomorrow’s radio will be produced by professionals who excel in their jobs and go beyond radio.”