PAL’s Sami Sidhom with Lawo’s Rainer Kunzi, Christian Struck and Klaus-Jörg Jasper at IBC 2014
The renowned International Festival of Carthage is a celebration of classical music jazz, folk, theater, film and ballet that takes place every year in the ancient city of Carthage in Tunisia. Since 1964, the event has been staged in the antique theater of Carthage. The next festival event, taking place in the months of July and August 2015, is to be supported by the new Lawo mc²36 mixing console.

Lawo’s Tunisian partner Pro Audio and Light (PAL) – the company responsible for light and sound systems for this festival in recent years – closed the deal on a 40-fader mc²36 for the festival’s FOH position at IBC 2014. This will see a flightcase version of the RAVENNA/AES67-enabled console and two stageboxes delivered in spring 2015, when the preparations for the Festival of Carthage reach their peak.

“My guys at home in Tunisia followed the launch of the mc²36 at IBC remotely via the Lawo webpage and YouTube, and told me not to return home without buying one,” said PAL General Manager Sami Sidhom, at the show. “They’re as exited as kids!”

“We have long admired Lawo audio quality, and with the mc²36 it finally became accessible to us,” he continues. “It’s a Lawo in a small footprint – compact, reliable and powerful, and all based on solid German engineering.” 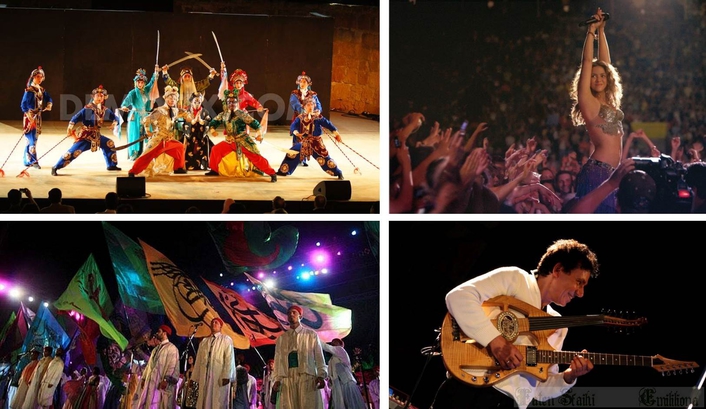 The Lawo mc²36 is an all-in-one mixing desk, with a comprehensive feature set that covers broadcast, theater, house of worship, live and install applications. Along with uncompromised sound quality and Lawo-grade mic preamps and full-range connectivity, including RAVENNA/AES67, it offers unprecedented value for money.