Robe Gets the Viborg Vibes! 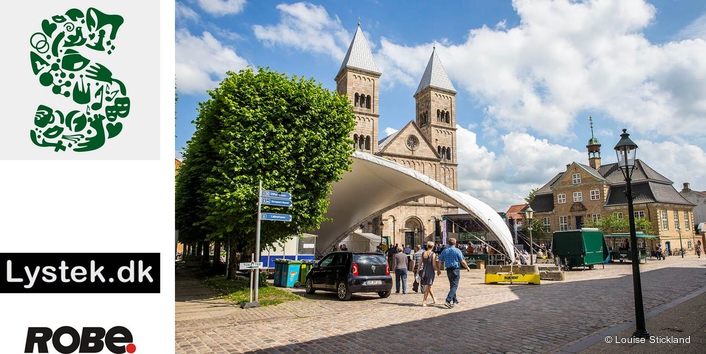 The beautiful and ancient city of Viborg in central Jutland is one of the oldest in Denmark dating back to the 8th century Viking settlements and has always had a great tradition for meetings and commercial and social interactions. Each year in June the streets, squares and parks become energised with “Snapsting”, a 10 day annual festival, organised by the city to bring entertainment, arts, culture, sports, music and fun to its community!

The three main entertainment stages this year were equipped with Robe moving lights provided by rental company Lystek, headed by the charismatic Kristoffer Neilsen, one of the country’s well known theatre LDs.

Kristoffer delivers and co-ordinates full technical production for the event, and his lighting rental company Lystek supplies lighting to the entire festival apart from one area, an exercise which empties his warehouse! 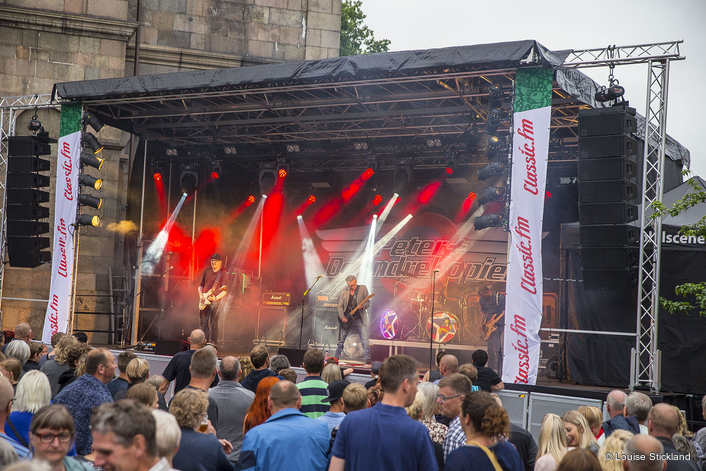 Snapsting offers around 260 performances and activities, mostly for free, to suit every taste and demographic, from the oldest to the youngest and the hippest and coolest to the most traditional ... and everything in between!  The historical festival was re-started in 2013 after a break of 200 years (the last one had been 1813), and in those four years has grown exponentially to  pull around 70,000 people into Viborg to enjoy the good vibes along with the 45,000 residents.

The main entertainment stage was located in the town square – Domkirkepladsen - adjacent Viborg’s elegant well-proportioned Cathedral and this ran a full band programme for the final three evenings of the festival, with popular Danish artists like Almost AC/DC, Peter Og De Andre Kopier, Lis Sorensen, Sannes Bedse and others. 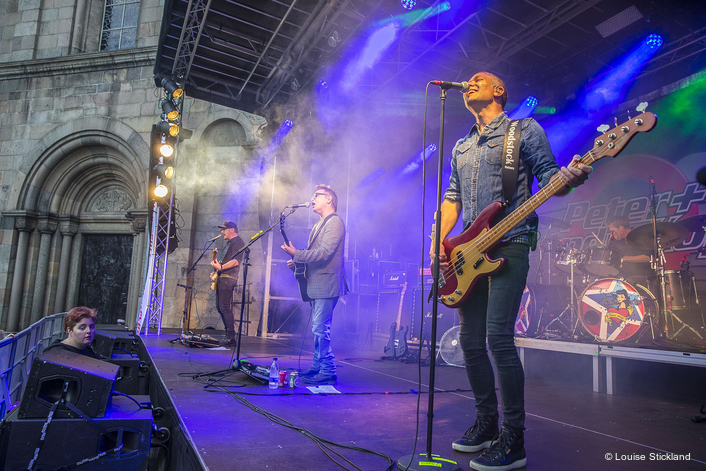 All of these were run via wireless DMX which made things infinitely quicker and more practical by reducing numerous cable runs.

It’s Johan’s first year working on the festival, although he’s an experienced LD in his own right, and although working with Kristoffer’s lighting spec, he’s also a keen Robe user himself. “MMX Spots are an excellent choice for the stage and the style of the show because of their light weight, compactness, power and feature set! I have more than enough options to light everyone and ensure they all looked different,” he commented. 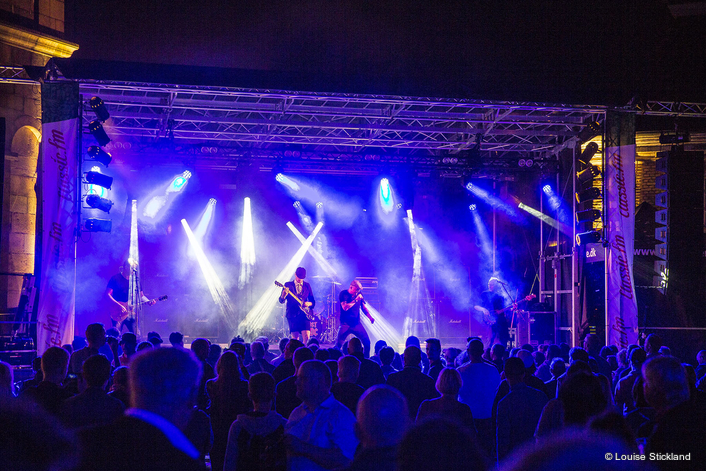 The LEDBeam 100s are also great for small to medium stages like this – they add almost no weight to the roof yet the effect of having multiple moving beams is really dynamic.

Johan observed that all the Robe fixtures have also been 100 per cent reliable – unlike the weather!

The Robe ColorStrobes were rigged on the back truss and used to blast out across the audience illuminating the whole area with dramatic pulses of light With the intensity dialled right down, they also doubled up as wash lights. PAR 64s were used for very neat and efficient front / side lighting, with 2-lite moles on the front truss for audience interaction. 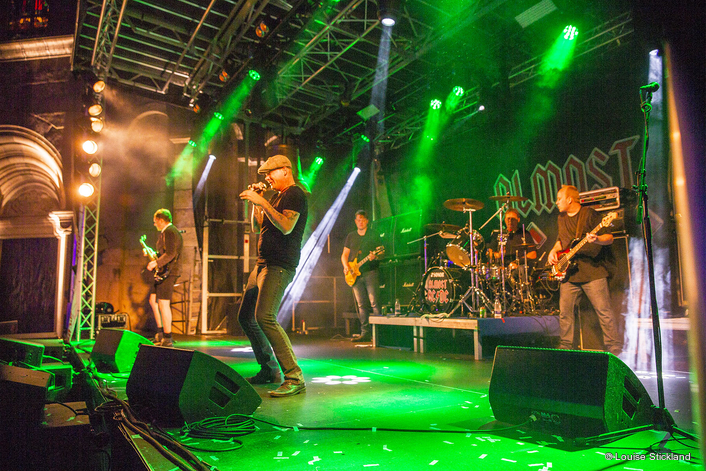 The overhead rig stayed the same throughout the final weekend as there was no time for any changes or re-rigs, but some bands brought in their floor packages which also had to be incorporated.

Just up the street in another charming square, the Nytorv Stage was set up in one comer of this large piazza and buzzing meeting place.

Installed to cover the whole space was a fabulous 32 metre diameter circular Skyliner roof system from Dansk Mobilscene – brought in to provide staging solutions site wide. This particular roof fitted the space perfectly bringing an edgy touch of industrial chic to the heritage buildings and architecture for visual contrast. 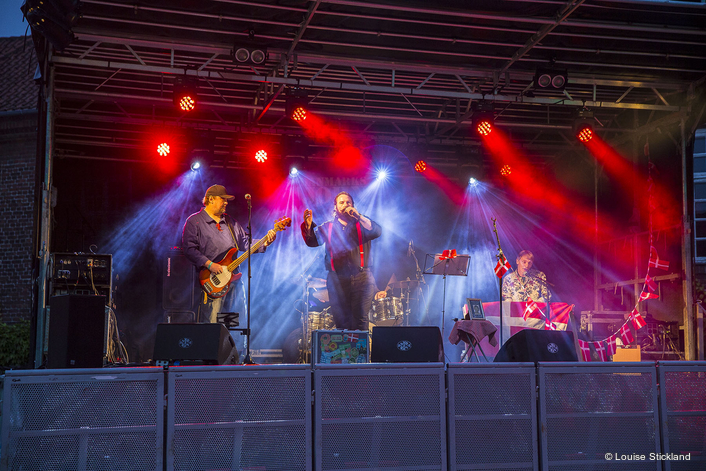 The Nytorv performance stage was smaller and running the lights was Jesper Levin – universally known as Q. He had eight LEDBeam 100s and 4 x Pointes to play with, and the versatility of the Point in the expedient stage area meant that this was really all that was needed to create a great looking show for a number of jazz and rock bands.

Illuminating the Skyliner structure were eight LEDWash 600s, their super-smooth coverage and rich colours bringing a totally new dimension to the roof at dusk and during darkness.

Around some of the other stages, Lystek deployed more Robes – DLS Profiles, more Pointes and LEDBeams – they have invested steadily in the brand in recent years, primarily for Kristoffer’s own shows. 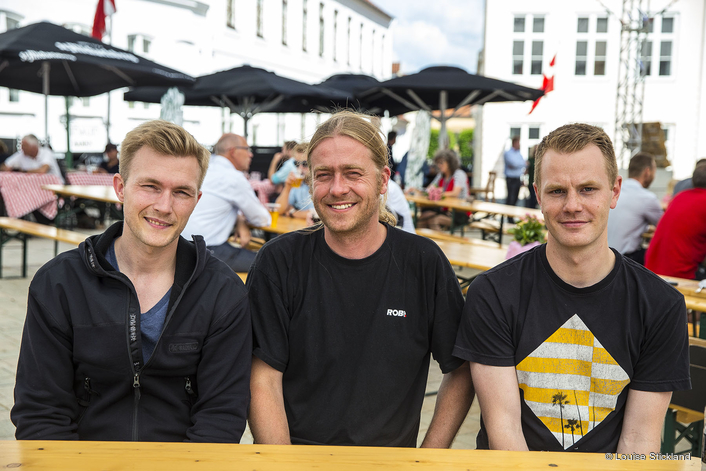 Based in Herning about 50 Km south, and more used to the discipline and rigors of theatre touring, mainly undertaken with his own lighting stock … Snapsting is a big deal for Kristoffer who is very proud to be involved.
“It’s a great honour to be the technical supplier and to deliver great production values to help the city provide a great event for everyone. It’s not so much about the volume of production, it’s about creating nice atmospheres and spaces around the city,’ says Kristoffer who considers the job similar to creating a series of pop-up exterior rooms and lounges for people to share, enjoy and experience.

He co-ordinates a technical team of 15 for the event, and other suppliers include audio from Dansk Lyd & Lys and Puk Rentals for the main stage; Sound Design, which provides lighting and sound for the DJ stage in another square Trappetorvet; Dansk Mobilscene for all the structures – with some of the smaller ones now owned by the city of Viborg – and Power Rent from Herning who co-ordinated site wide power and power distribution.