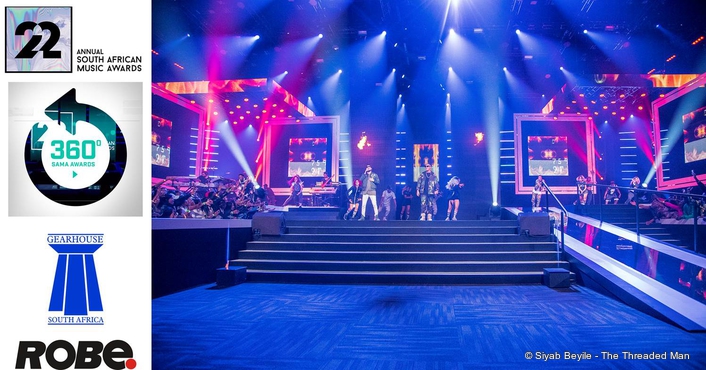 The 2016 South African Music Awards (SAMAs), one of the highest profile events on the SA music calendar, was again staged at the Durban ICC Arena, broadcast live on SABC1 and enjoyed by an audience of 3000. For the first time, lighting was designed by Robert Grobler … who incorporated over 200 Robe fixtures on the rig which was supplied by Gearhouse South Africa.

The set was designed by Michael Gill from MGD and based on a collection of different sized LED screens, shaped into a multi-media environment giving everyone, wherever they happened to be seated in the auditorium, a clear and three dimensional view of the stage.

Robert’s challenge was to light all these different sections of stage separately so they could work as stand-alone elements and punctuate the overall sight lines … or work together as one large overall set piece. 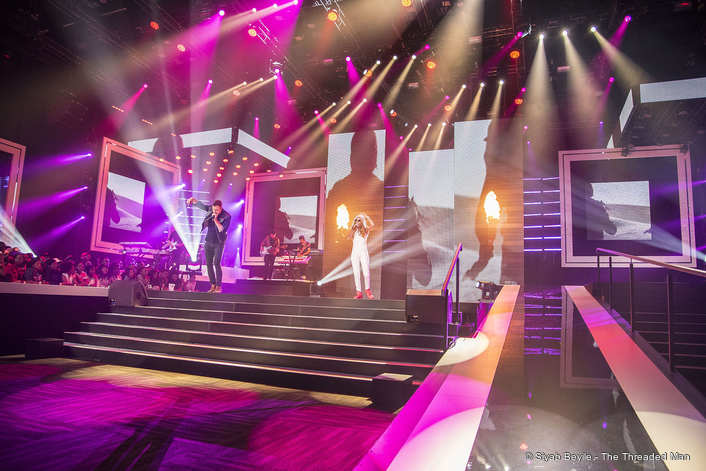 A series of lighting trusses were flown in the roof to co-ordinate and compliment the set ‘blocks’ as well as to give optimum lighting positions for the main sections of the stage which featured some great live performances and collaborations from leading artists including AKA, Code Red, Dumi Mkokstad, Karlien van Jaarsvel, Khuli Chana, KID X, Kwesta and many more. 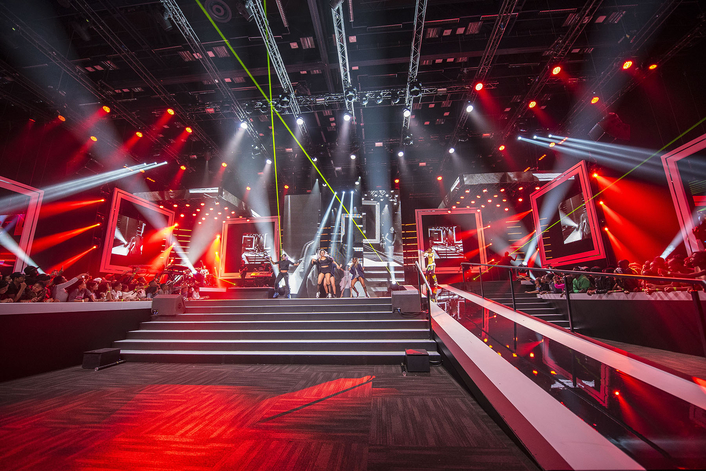 Robert thinks the DLF LED wash is “A great light”, and these fixtures are specified on most of his jobs, which include top TV shows like “Strictly”. Here they again proved to be great for  key lighting and producing excellent flesh tones on camera.

The Pointe is another fixture he uses frequently.

On the SAMAs, Pointes were dotted around the set in clusters of three in keeping with the context of lighting the set in sections. They gave a “nice, slick look” in their own groups and could also deliver multiple big, bold looks as required. 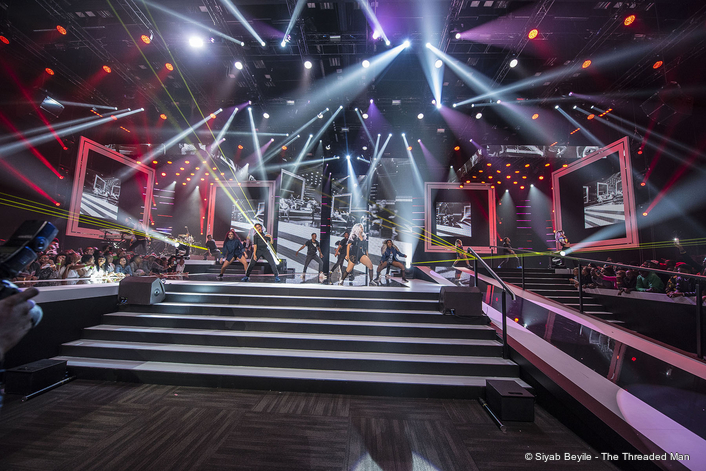 The most challenging aspect of lighting the overall event for Robert was the programming deadlines with all the live performances, plus making sure that each had a fresh and different look.

Once the basic building block looks were established and programmed in the desk, he went over all the cues again thoroughly, fine-tuning and making sure they also worked efficiently on camera. Apart from that, the scope and scale of the event piled on the pressure to get it spot on first time for such a high profile live broadcast.

Robert has used Robe products regularly in his work for around 10 years … since the first ColorSpot 700E ATs arrived in South Africa.

He currently thinks that the quality of Robe’s various ranges assert “the brand’s position as industry leader in innovation and effectiveness”.