"The Rec4Box unit we used on the Montreal soapbox derby was a 26-foot truck that did the work of a 53-footer, and that's valuable for live production in tight urban environments," said Sumesh Thakur, president of OceanWatch Productions during the event and now part of Red Bull Media House. "The Riedel gear within the truck provided great audio quality, as well as the ease of use and versatility we required to bring off a successful event." 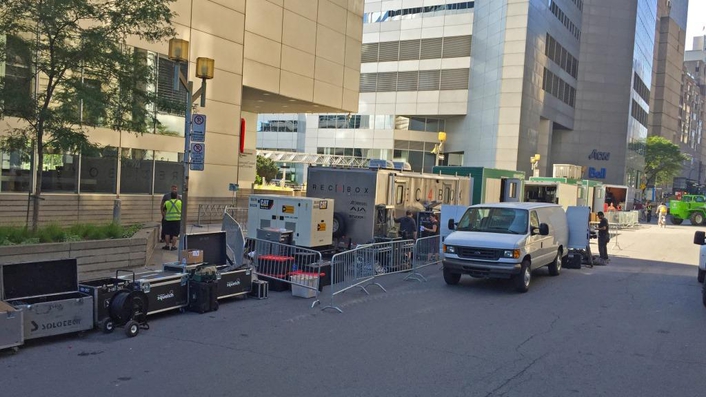 The Rec4Box OB unit boasts modular and highly adaptable details, outstanding workstation ergonomics, and modish interior design, as well as fiber optic connectivity that enables deployment and preparation for a four- or five-camera production in less than two hours. Within the Rec4Box OB unit, the fiber-based network backbone provided by Riedel's Artist system serves as a decentralized infrastructure for live audio and intercom. Easy to set up and operate, the Riedel system facilitated fast, flexible configuration for the Red Bull event. It also helped to minimize the complexity of wiring by letting crews mix all on-site communications and audio signals on one system. During production of the soapbox derby, users were able to respond quickly to virtually any communications demand with the press of a button.

"The efficiency and versatility of our RockNet and Artist systems have made them a staple in Rec4Box OB vans," said Joyce Bente, President and CEO of Riedel North America. "Like the vans themselves, Riedel solutions are designed to accommodate the creative demands of production teams, allowing them to achieve more while working within tight budgets and timelines. Production of the soapbox derby took full advantage of these systems to showcase competitors' imaginative soapbox designs, as well as their panache — and sometimes speed — in attempting to cross the finish line." 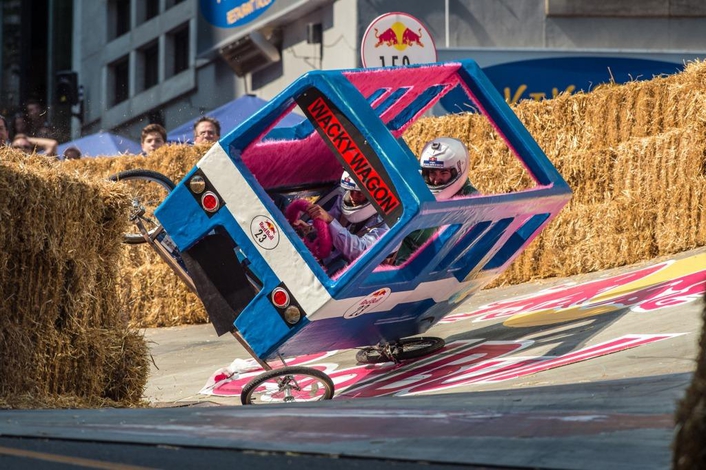 The winner of the Sept. 6 race in Montreal was team De Lorean, which raced a soapbox inspired by the movie "Back to the Future."