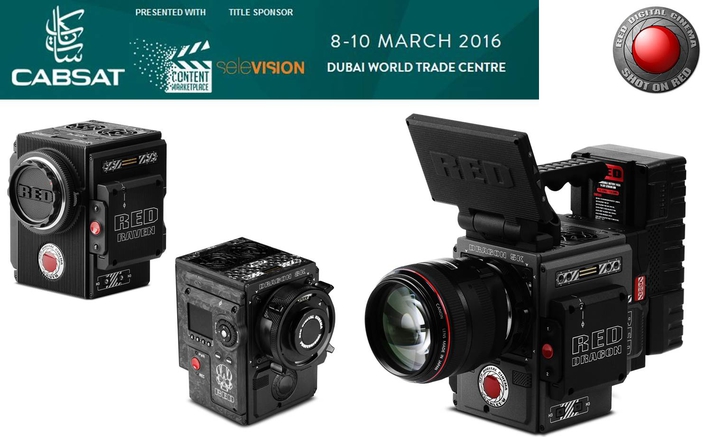 WEAPON Carbon Fiber boasts 6K resolution at up to 100 fps, 19 megapixel stills from motion, 300 fps at 2K resolution and incredibly fast data speeds – up to 300 MB/s. At just $9,950 for the camera BRAIN® and $14,500 for the complete Base I/O V-Lock Package, SCARLET-W delivers unparalleled flexibility, accessibility, and performance. RED RAVEN – the most accessible camera in the RED ecosystem – is priced starting from $5,950 for the camera BRAIN and has a lightweight durable design that makes it perfect for professionals looking to shoot on the move.

All of RED’s DSMC2 cameras offer superior image quality, massive dynamic range and shoot simultaneous REDCODE® RAW and Apple ProRes recording with Avid support coming soon.  Additionally, RED’s DSMC2 cameras weigh less than 2 kilograms, and adhere to the company’s dedication to OBSOLESCENCE OBSOLETE® — a core operating principle that allows current RED owners to upgrade their technology as innovations are unveiled and move between camera systems without having to purchase all new gear.

WEAPON cameras are now in stock, SCARLET-W has recently started shipping and RAVEN begins shipping soon.  RED will be located at the AMT stand in Hall 2.C1-10.

About RED Digital Cinema
RED Digital Cinema is a leading manufacturer of professional digital cameras and accessories. In 2006, RED Digital Cinema began a revolution with the 4K RED ONE® digital cinema camera. By 2008, the camera that changed cinema also began to change the world of stills. RED’s DSMC® (Digital Still and Motion Camera) system allows the same camera being used to shoot features like "The Hobbit" trilogy and "Gone Girl" — as well as the Emmy-winning "House of Cards" — to also be used to shoot covers for magazines such as "Vogue" and "Harper's Bazaar". In 2014, RED entered the broadcast space with the introduction of the REDCAST™ Module that allows streaming live 4K while recording 6K R3D masters. RED continues to innovate with its recent debut of the newest members of the RED DRAGON family, the RED RAVEN, SCARLET-W and WEAPON cameras. These cameras combine compact and lightweight design with cutting edge performance, and the 6K WEAPON includes an option to upgrade to an 8K sensor at a later date. Additionally, all of these cameras are capable of simultaneous on-board recording of REDCODE RAW and Apple ProRes with Avid support coming soon. All RED cameras are built around a modular foundation that gives the flexibility of full customization for each shoot. Find additional information at RED.com.