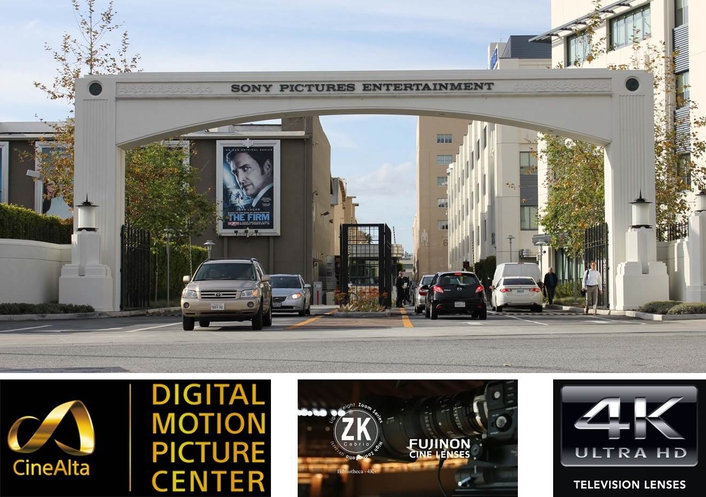 It was standing room only at the recent FUJIFILM 4K Day held at the Digital Motion Picture Center (DMPC) in Culver City, California on August 13, with attendees eager to discover what makes a 4K lens truly 4K. The crowd - a cross section of DPs, engineers, company executives, TV and film rental house personnel – got to see the much buzzed about 4K PL-mount Cine-Style and Ultra HD lenses for 2/3-inch broadcast cameras operating side by side and participate in a Q&A following detailed presentations by FUJIFILM executives about the nature of 4K optics.

“Up until now, our 4K customers have been mainly in digital cinematography, but the introduction of our 4K UHD 2/3-inch lenses has widened our 4K clientele to include the broadcast and video production markets,” said Gordon Tubbs, Vice President, FUJIFILM Optical Devices Division. “We wanted an event where we could show our PL mount and Ultra HD lenses together and take the time to demonstrate what we at FUJIFILM mean by 4K in optics.”
FUJIFILM has three design goals each 4K lens must meet: high 4K resolution, high dynamic range (HDR), and high contrast - each equally important: “We also firmly believe a 4K lens is not just 4K in the center but extends to the outer edge of the image,” said Tubbs. 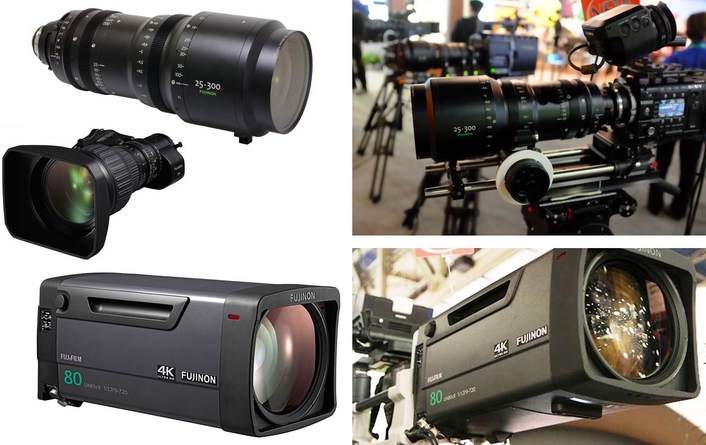 “Part of reaching 4K is the precision of the movement of the glass,” explained Tubbs. “It’s also the type of glass chosen for a specific requirement, and each lens is different. It’s about the choice of glass material, how much glass and the placement of the glass.”

With 16-bit encoders in the zoom and focus controllers as well as in the lens itself, the interaction between the controllers and the lens provides a greater level of precision than was possible previously. As the electronic movement becomes more precise, so does the creation of the lens.

Additionally, FUJIFILM’s IS-mini Rack 4K image processing system used for on-set camera preview and monitor calibration adjustment for film shoots was shown on a Sony F55 4K CineAlta camera at the open house. Product specialists were on hand to discuss the company’s approach for accurate ACES color management workflows, from on-set grading to final delivery.
The event was so well received that Fujifilm plans to hold similar meetings across the country.

FUJIFILM Holdings Corporation, Tokyo, Japan brings continuous innovation and leading-edge products to a broad spectrum of industries, including: healthcare, with medical systems, pharmaceuticals and cosmetics; graphic systems; highly functional materials, such as flat panel display materials; optical devices, such as broadcast and cinema lenses; digital imaging; and document products. These are based on a vast portfolio of chemical, mechanical, optical, electronic, software and production technologies.  In the year ended March 31, 2015, the company had global revenues of $20.8 billion, at an exchange rate of 120 yen to the dollar. Fujifilm is committed to environmental stewardship and good corporate citizenship.