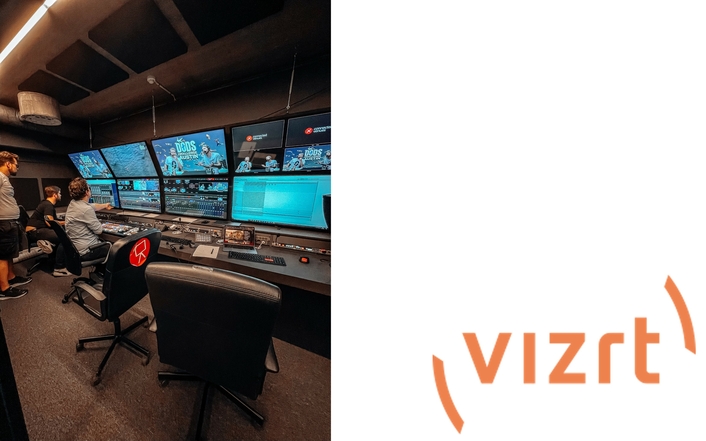 The historic Dødsing, or “death diving” competition is the first beta user of Viz Now, the new automated deployment solution for cloud-based live productions enabling cloud at the speed of live

Viz Now saves considerable time and money by enabling the automated and secure deployment of, and access to, end-to-end remote live production tools from Vizrt and third parties in the cloud, in under 15 minutes. 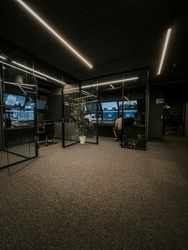 Not yet available on the market, Viz Now was beta tested by the International Døds Federation, a Norwegian sporting organization promoting the unique sport of “Death Diving.” Participants launch themselves from a 10m (33ft) high platform and perform a variety of stunts, holding poses for as long as possible before they tuck into a tight curl before hitting the water. Døds has been steadily growing in popularity in recent years and has held World Championships since 2008.

For the Austin, Texas leg of the Døds’ 2022 World Tour, the Federation wanted to bring its production values up to the next level for the first ever US Døds event, and provide a rich viewing experience for audiences but, at the same time, make it as easy as possible, cost effective, and sustainable for its global production crew.

With Viz Now, the production team, Trippel-M Connected Venues spun up an end-to-end enterprise-grade live production fully using the cloud, in mere minutes. Two freelance camera operators shot on location in Austin, while the rest of Trippel-M's team directed and produced from its offices in Oslo, Norway. 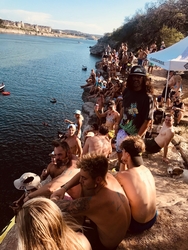 “Niche events like this wouldn’t normally have the budget and access to have entirely dedicated enterprise-grade live production hardware set ups and there are often barriers, like time and complexity, to manually set up new cloud environments. By using Viz Now, Døds was able to remove barriers to the cloud and achieve an extremely high production value and use all the top market tools they wanted for live production from graphics to sports replay all in one solution,” remarks Ulrich Voigt, Vice President of Product Management, Vizrt.

“Working with Vizrt and testing out Viz Now for the production, gave us our best Dødsing to date. Big broadcasters aren’t the only ones who can achieve higher-quality productions anymore. Plus, the ease of use was simple, and we did not need specialized cloud engineers; it was a few buttons to click, and we were ready with automated deployment,” states Vegard Elgesem, CEO, Trippel-M. 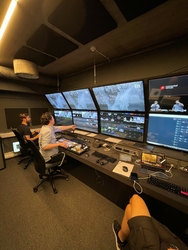 “When we can elevate our production value, audience satisfaction skyrockets and it increases the likelihood of more viewers being exposed to and engaging with our content. Working with the cloud also helped reduce our carbon footprint as we had no need to ship hardware, or people down to Texas where the event took place, allowing us to do more of this type of production in the future, in a sustainable way,” says Stine Brun Kjeldaas, Managing Director, The International Døds Federation.

About Vizrt Group:
Vizrt Group® runs under the passionately held single, simple purpose of “more stories, better told,” supplying media content creators around the world with software-defined visual storytelling tools to help them to build a better-informed world.
The Group contains three of the strongest names in the broadcast technology industry; NewTek, NDI® and Vizrt. All three being creative businesses, built on innovation and grown by our people, with the goal of becoming the most recommended solution provider in the markets we serve.
We combine our strategic pillars of Content-Centricity, Software-Defined, IP First, and Innovation to increase our customers’ success in delivering engaging and immersive content to their audiences.

About for Dods Federation
The International Døds Federation is a Norwegian organization with global reach that works with promoting Døds as a healthy and meaningful activity, hosting the World Championships and various local competitions. Døds is an extreme form of diving, where the jumpers can express style and personality through “death diving”.