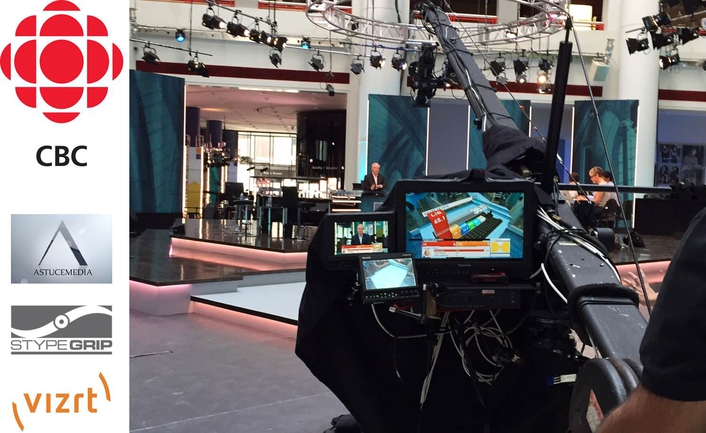 CBC developed the concept of a 3D model of the Canadian Parliament building, including all Parliament seats, that animates to show viewers’ predicted results, the look of possible outcomes, as well as share of votes, seat changes, and party standings as results arrived. CBC has been using Vizrt for broadcast graphics for many years but this was the first time attempting AR graphics using Viz Virtual Studio. Taking the concept design from CBC, Astucemedia built the Parliament scene so it would play in real time and be able to adapt to incoming live data. Control of augmented reality, data-driven fullscreen, and lower third graphics, was then incorporated into CBC’s custom-designed control application. 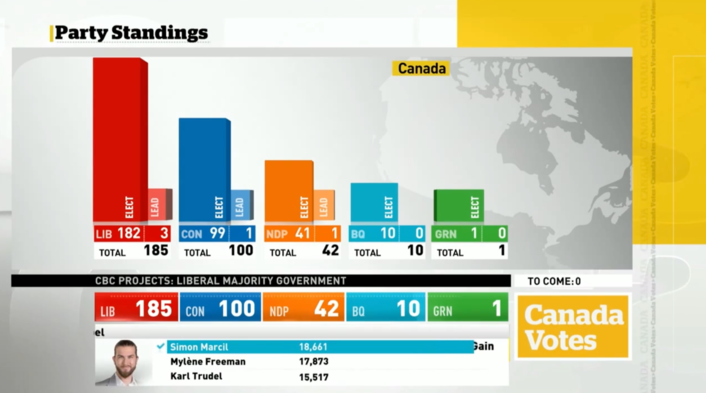 Three weeks before election night on 19 October, specialists from Vizrt and StypeGRIP joined Astucemedia on site at CBC’s studios in Toronto to test the graphics and live data feed and make any necessary adjustments.

Discussing the project, Alexandre Leclerc, owner of Astucemedia said: “We’ve worked on many worldwide elections over the last few years, especially in the US and Middle East, but we were very excited to be involved in immersive graphics for our own country’s federal election. The combination of Astucemedia, CBC’s talented team, along with Vizrt and StypeGRIP produced an outstanding result that was recognized worldwide.” Astucemedia is currently gearing up to handle creative design and live data integration for the upcoming US primaries and general election with several Vizrt customers. 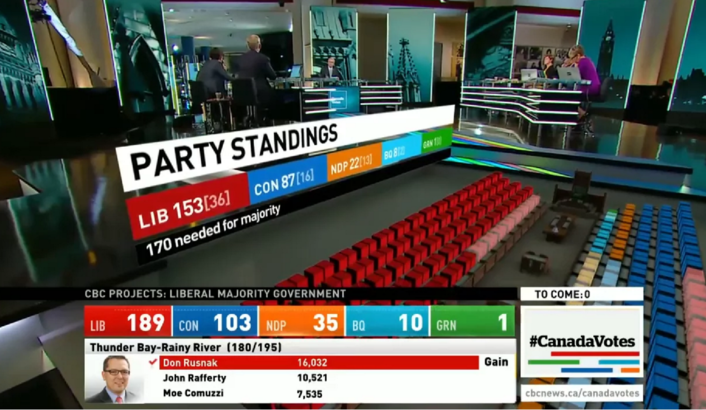 Vizrt’s CTO, Petter Ole Jakobsen noted the vital role that graphics play in today’s global election television coverage. “Graphics are one of the key tools available to a broadcaster to make sure its programming stands out from the competition. Our work for the Canadian election, as well as for the UK election earlier this year and our involvement with the upcoming US elections next year all demonstrate the trust of major broadcasters in the quality and reliability of our solutions.”