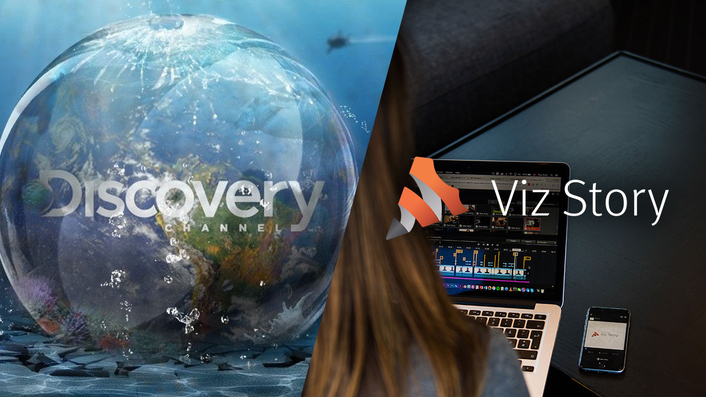 Having won the exclusive contract to broadcast live matches of the professional Norwegian football league until 2022, Discovery Networks Norway and Eurosport have expanded their coverage across their linear television, OTT and social media platforms with Vizrt’s award winning video editing and publishing system; Viz Story. Discovery’s football coverage and the new video workflow went live on April 1st 2017 for the start of the Norwegian football league Eliteserien season.

The Discovery team is using Vizrt’s media asset management system Viz One to ingest live feeds of matches from the Norwegian football league. The feeds are immediately available in Viz Story so that users can start editing content for all of Discovery’s various platforms—with full real-time, state-of-the-art 3D graphics. The easy to use web interface allows users to edit a story once and automatically adjust video and graphics to suit different aspect ratios for Facebook and other online targets.

“When Discovery Networks Norway and Eurosport acquired the broadcast and online rights to the top two tiers of Norwegian football, it was based on the principle of quickly delivering content to fans on different platforms, ranging from traditional broadcast to digital offerings and social media,” said Morten Johannessen, Executive Producer, Discovery Networks Norway. “Viz Story will help us achieve this ambition.”

Johannessen said that due to its IP-centric architecture, Viz Story can be accessed from any browser, allowing them to turn many of its journalists and production staff into content producers. The easy-to-use interface enables them to quickly and simultaneously create and publish stories to both on-air, online and social media outlets.

“This assists us in limiting the time and resources we spend on repurposing video for delivery across the different Eurosport platforms,” Johannessen said, referring to such channels as Eurosport Norway, Max and TV Norge, EurosportPlayer.no, Eurosport.no, and Eurosport social media channels.

Once on-air, broadcast content is integrated with live player analysis and stats. Video and graphics are automatically adjusted to fit the proper aspect ratios of the online and social media targets (TV, tablet, computer, and TV) and distributed using Viz Story.

“Discovery were in need of a clever editing solution that could be used by anyone anywhere, and deliver branded clip content to all their platforms,” said Petter Ole Jakobsen, Vizrt CTO, adding that Vizrt managed the complete install using its Professional Services teams in Bergen and Stockholm. “They also wanted to maintain their on-screen graphical look and were able to use the Vizrt design package for their Viz Story system.”

Discovery also has secured the rights to broadcast the upcoming Olympic Games in 2018-2024, where coverage of multiple sports across all platforms will be critical to success.