Video from Radio for Internet Audience

With 14 radio stations alongside TV stations and Digital TV services in its portfolio, Royal Media Services Limited is the largest electronic media operator in Kenya and enjoys the country’s widest geographical reach. Its latest venture is centered on Ramogi FM – a first move into Visual Radio. Key to this operation is the use of Lawo IP mixing consoles, and the building blocks for network, audio and video control that they support.

Riding the wave of Visual Radio that is traveling the world, Royal Media is the latest major broadcaster to decide that IP is no buzzword but represents the immediate future of broadcast production. The launch of Ramogi FM also settles an unofficial competition between operators over the first station in Kenya to launch a Visual Radio service.

In response to the challenge presented by Visual Radio, Royal Media Services has established a Radio-TV model on the internet, adding visual content to the audio broadcast. HDV (High Definition Video) Visual Radio automates the process of creating video support for a radio program. One of the features of this solution is that configuration and management do not require an operator – layout plots and overlay graphics are generated automatically to a predetermined schedule or in response to a specific event.

The visualization of Ramogi FM provides a live broadcast with the “effect of presence”, where a listener/viewer can see a close-up of the on-air talent, and a general plan of the room or any part of the setup. This is achieved with three PTZ (Pan, Tilt, Zoom) controllable cameras installed in the live studio, each activated by opening a fader on the audio mixing console.

The Visual Radio server manages the video sources in accordance with the given scenario, using transition effects, overlay graphics and titles, and then generates a single stream that is sent to the Internet. 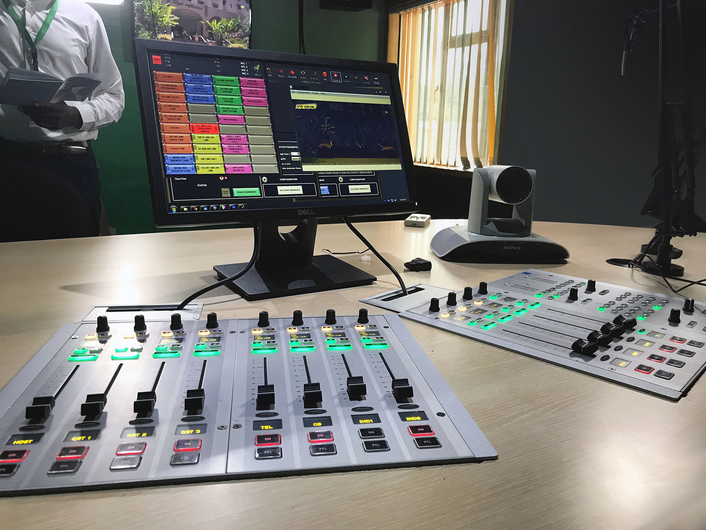 The console chosen for the critical tasks of audio mixing and camera control is a 12-fader Lawo crystal IP desk, which is paired with a crystal Compact Engine matrix offering up to 288 I/Os. The use of the desk for Ramogi FM also serves as a ‘test run” for further stations to adopt it. The choice of Lawo was supported by a large customer base, presentations made to the company and trust on the customer’s side.

Along with the selection of the crystal mixing system, Ramogi FM’s workflow also makes comprehensive use of Lawo’s VisTool to control the cameras – much as in a TV station. A touchscreen-optimized PC software package, VisTool supports the creation of custom status displays, tablet- and touchscreen-based button panels and mixing console controllers. It also can be used to capture and manage snapshots for Lawo crystal and sapphire radio consoles, and offers sophisticated rights management.

The adoption of Visual Radio allows not only the broadcast of live studio streams, but also supports promotional videos, advertising and image inserts that make up a predetermined schedule. To the online viewer, this complex system looks like a simple video player on the station's website and is accessible from any device that supports video viewing and has internet access. During periods when the radio does not create its own live stream, the player can relay previous programs. 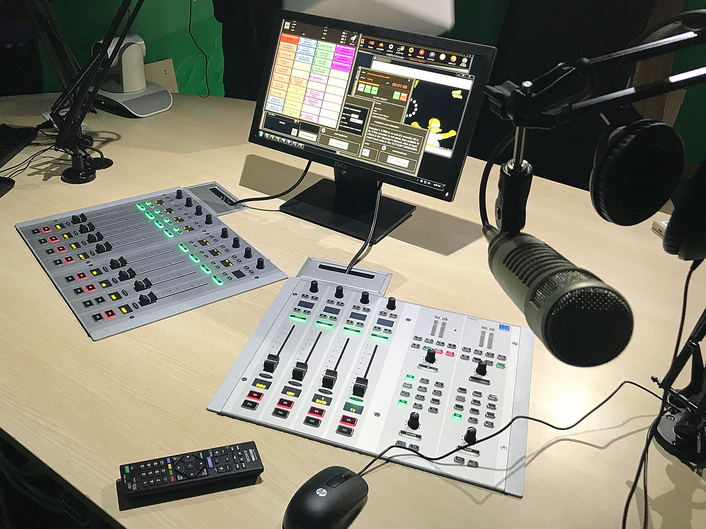