After being previewed at NAB 2015 in April, 38 FLEX launched in August last year for Texas Rangers baseball and made an immediate impact on the telecast and MLB replay-review operations.

“The very first night that we had the truck, we had three replays overturned in the game, and I can tell you it was the direct result of having super-slo-mo capability on the truck,” says Fox Sports Southwest Senior Executive Producer Mike Anastassiou. “The clarity of the replays is so definitive that there is really no question about it, which simply wasn’t the case with an HD camera. So it was transformational for us the very first night out.”

With the Rangers regular season now in the rearview mirror, 38 FLEX served as the home truck for NBA Mavericks and NHL Stars games and also worked a handful of NBA Oklahoma City Thunder and San Antonio Spurs dates before it returned to baseball in the spring. 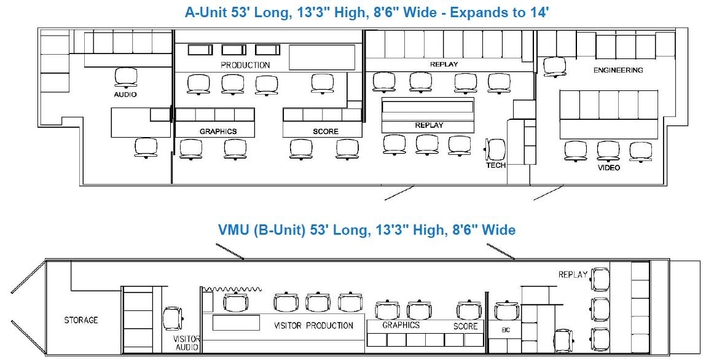 Floor Plan of 38 Flex and VMU

“Everyone gets to use all six super-slo-mo cameras for every game, which is amazing when you consider that you don’t usually have that many super-slo-mos even on a national A game,” says Mobile TV Group President/founder Philip Garvin. “They are getting upwards of three super-slo-mo angles on any critical play, so it ends up really being a game-changer. I’m very pleased they have been able to use this new technology in a way that truly has an impact on the telecast.”

“We really work hard to not duplicate angles so we can optimize all six of these cameras,” says Anastassiou. “As a result, sometimes they may choose to put one camera in a tight follow position, and that’s not a bad thing because they may end up with a little different or slightly better look than if we had duplicate angles.” 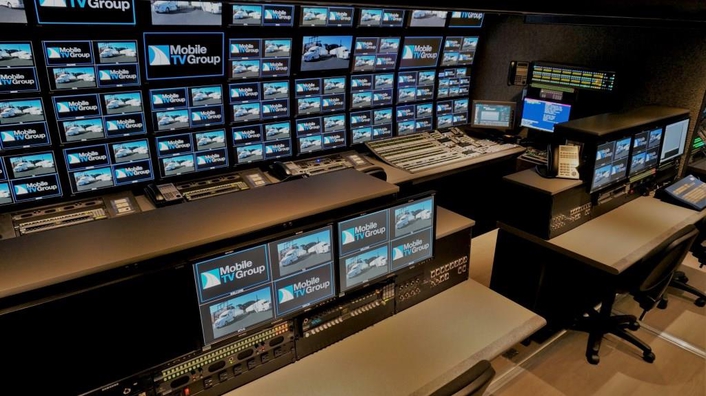 “EVS’s new 12-channel replay units make it possible to put two 6X cameras and two regular cameras on one system, which basically gives you four-in and two-out,” says Garvin. “That is just like a six-channel EVS, which is the industry standard, but two are super-slo-mo in this case.

“We went with EVS replay systems not because there is anything wrong with K2s; we were very pleased with how that was developing,” he continues. “But, in terms of workflow for a regional sports network, where they do only half their games on this truck and half the games on road, they had a workflow problem. If the truck was all K2 Dyno, they would need to modify the files to work on EVS when they went to a non-Dyno truck, which is almost all other trucks, and then they would have had to modify it to come back. Once it became apparent that this truck would focus more on super-slo-mo than on 4K, we decided to go with EVS.”

Anastassiou adds,“The XT3s and the XFile3 with their new version of software make beautiful music together. It’s a marriage made in heaven in that it’s flexible, it’s powerful, it’s transparent, and you can easily record files in any format that you choose. The workflow is as good as I’ve ever seen it in a replay room.” 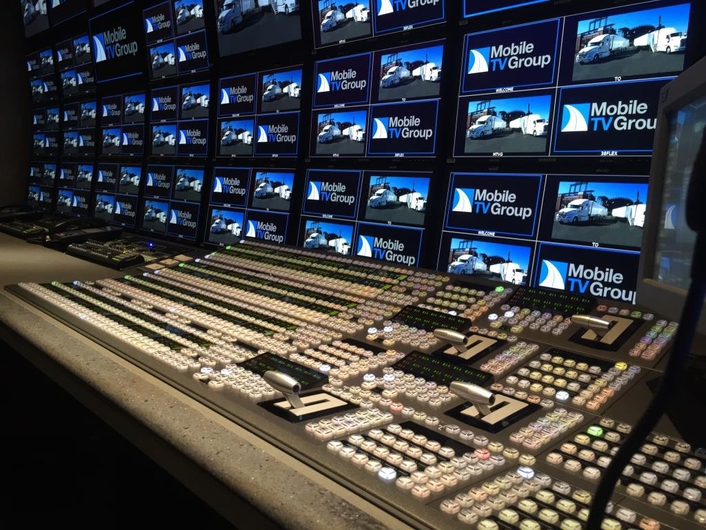 38 VMU, the companion trailer housing the visitor show, has full access to all six super-slo-mo cameras via its three EVS-operator positions. In addition, the visiting show has directorial control over at least one 6X slo-mo camera on every show (and sometimes two). Three switcher M/Es are assigned to 38 VMU, which also features a Studer Vista 1  audio console (50 mono channels, 38 stereo channels), a seven-rack monitor wall with 58 displays, and ChyronHego HyperX3 HD graphics. 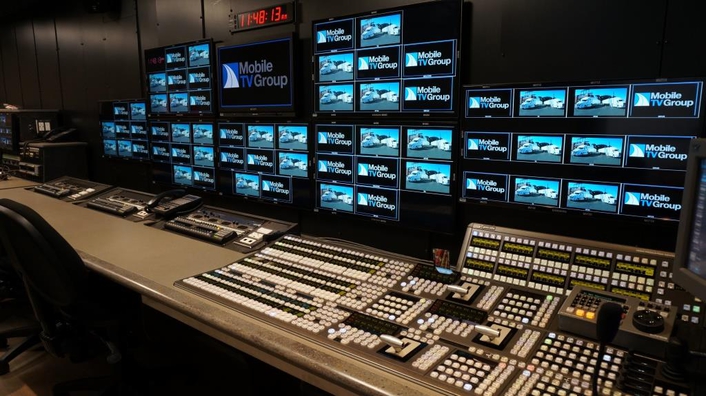 The Production Area in the 38 Flex VMU

A 6X Model To Live By Moving Forward and What About 4K?
Both Garvin and Anastassiou believe 38 FLEX sets the benchmark for what will be a new standard moving forward in terms of super-slo-mo camera complement.

“This is the model moving forward,” says Garvin. “I don’t see us launching trucks in the future that don’t have at least six super-slo-mos. I truly think a substantial complement of super-slo-mo cameras should be absolutely standard for a pro sports event.”

Anastassiou seconds that notion: “I do think that this truck is probably going to be a prototype for the regional trucks moving forward.” 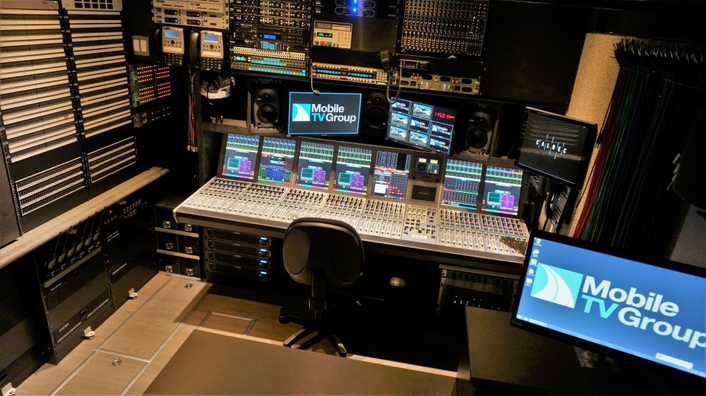 The Main Audio Area in the 38 Flex

38 FLEX remains a 4K-capable truck, with the ability to deploy eight 4K cameras with eight records. Garvin says 39 FLEX is capable of handling 12 4K cameras. However, 38 FLEX will focus on HD 6X slo-mo production until the live-4K-production market heats up.

“We saw that there is still going to be some time before 4K is in demand, so we spent more time focusing on the super-slo-mo capability of the truck and optimizing the replay system for that. But yes, this truck can absolutely do 4K, and we are definitely keeping the door open should we see demand for 4K rise.”