Painting with Light makes “Senses” for Panasonic at ISE

In 2017, Painting with Light’s creative director Luc Peumans developed a show that featured simultaneous tracking and projecting onto multiple objects … resulting in a dynamic live performance piece that combined a number of cutting-edge technologies, illustrating their capabilities, together with the flexibility of Panasonic’s latest projectors.

This year, Luc received a brief from Panasonic’s European Product Marketing Manager for Projectors and Visual Solutions, Thomas Vertommen, who wanted to take it one step further and create a more graphical show that was even more technically ambitious. 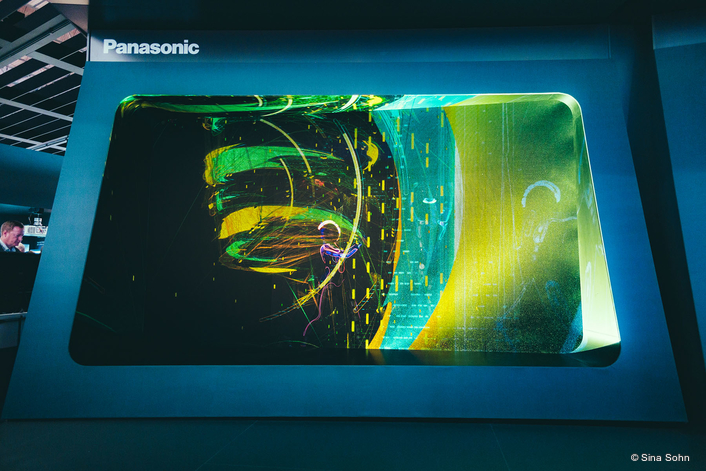 Panasonic is continuously following live entertainment trends to establish how best to showcase relevant technologies at ISE, and this year Thomas suggested a more futuristic performance altogether which included the use of holograms, tracking and mapping, all working in conjunction with Panasonic-selected partners like disguise, BlackTrax and Novaline. 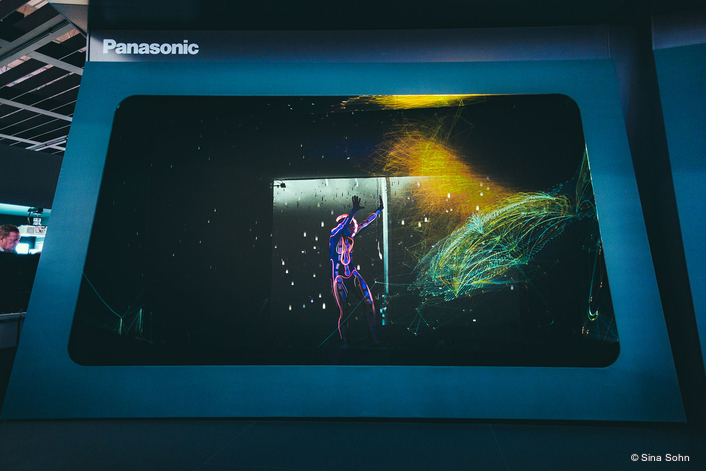 A team from Painting with Light was amassed to produce bespoke video content and design a meticulously detailed projection show / system based around two dancers, four projection boxes, 12 projectors and a new generation of holographic screens from Novaline.

Integrated into the show was BlackTrax real-time motion tracking, with disguise gx2 media servers sitting at the heart of the system to handle all the playback video and camera feeds, outputting them via the projectors to a selection of different surfaces.

A major goal was to achieve true holographic effects using images of the dancers, for which it was necessary to create some completely black areas in the middle of a bright and extremely busy exhibition hall.

Hence the plan to construct the double-decker theatre space comprising four boxes – two up and two down – each measuring 3 metres wide by 2.5 metres high with a 4 metre depth, which were fully enclosed.

The front of the boxes were covered in screen material stretched tight. At the rear of each box, a Panasonic PT-RZ31 31,000 lumen laser projector was located, fitted with a short throw lens, projecting onto the back of the (front) screen material.

A Panasonic PT-RZ21 20,000 lumen machine fitted with an ultra-short throw lens was positioned in the front of each box, pointing to the back wall which was covered in a special ‘black screen’ material, also from Novaline.

The installation’s other four projectors were Panasonic PT-RZ21s. These were mounted on a gantry at the opposite end of the exhibition stand and mapped via the disguise server to project content and texturing onto frames around each projection box. This gave them a slightly quirky appearance, which was a nice finishing detail.

The dancers - Gill Require & Anthony Benjamin – wore bespoke suits with sewn-in neon lines that were activated by blacklight, plus remote controlled EL-wire light effects. The dancers were also fitted with BlackTrax beacons and trackers so their movement and images could be captured by eight BlackTrax cameras positioned in the corners of each box. 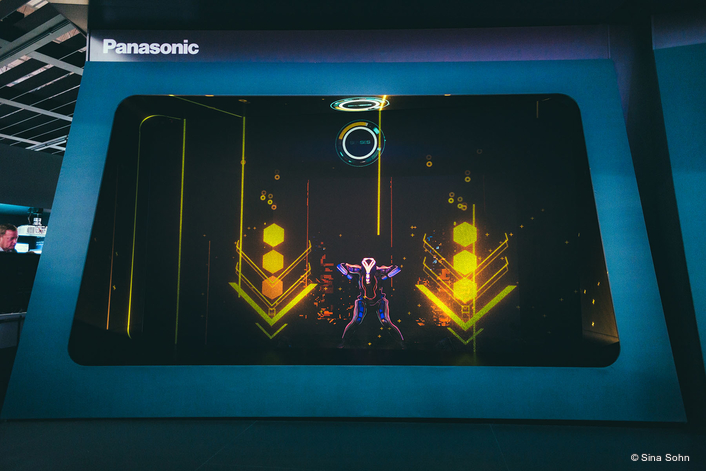 The positional data from the dancers’ movements processed by the BlackTrax system was fed into the disguise server and, using Notch real-time generated content, mapped onto the front and back surfaces of the boxes in the all-action show … where it was virtually impossible to differentiate between what was real and what was virtual.

The dancers were each lit by three UV Gantom Precision Z Spotlights on the floor of the boxes – the fixtures’ tiny dimensions are ideal for this application. For some additional power, four Chauvet COLORdash Par-Hex 7 LED fixtures were added to each box, also offering a bright, intense UV option.

The story started with the dancers emerging in a robotic world, and as the narrative unfolded they gradually transformed into humans.

Notch software, well known for its real-time rendering and instantaneous playback features, was used in conjunction with some elements of the live video and pre-recorded footage to enhance the fluidity and movement.

Lighting was programmed using a grandMA2 system by Painting with Light’s Jeroen Opsteyn with Katleen Selleslagh programming video and the disguise servers. Ivar Van Dijk assisted in setting up the BlackTrax system. The show was set to timecode from a soundscape commissioned by Painting with Light and composed by Studio Regie. 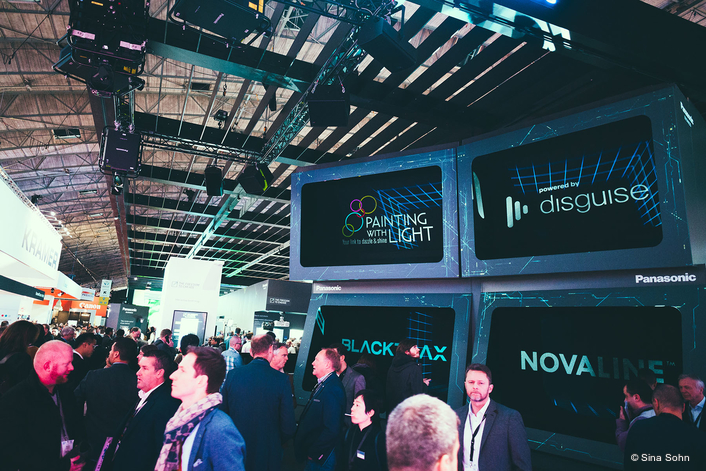 Luc comments, “It was another great opportunity to partner with Panasonic and produce a show to engage thousands of exhibition visitors. Live entertainment is still something of a rarity at these events and it was fantastic to see so many people stop and look and then share the experience in multiple ways. Taking an imaginative approach to illustrating the dynamics and scope of these exciting technologies and how they can be beautifully blended with classic theatrical techniques … is definitely a winner!”